The Shadow of the Body of the Coachman is the title of an impressively ambitious exhibition at Kunstsaele Berlin, which included three distinct phases over the course of the show’s three month life cycle. The exhibition takes its title from a novella by the playwright and artist Peter Weiss. Weiss’ novella is more concerned with the guises created and revealed by language than with strict narrative plot, and the exhibition is suitably tangential in its connections to the contents of the book. The word ‘shadow’, however, is very much the core concern of the exhibition, and, indeed, the connection—and disconnection—of the shadow and the body that casts it. Clemens Krummel, credited with “arranging” the exhibition is quick to point out in the show’s press materials that he does not concern himself merely with the visual aspects of the notion of the shadow, but also with what are described as “sound shadows”. The diversity of interpretation of “bodies” and “shadows” is one of the exhibition’s greatest strengths and it is these “sound shadows” of which Krummel writes that give the show some of its most affecting and powerful moments. 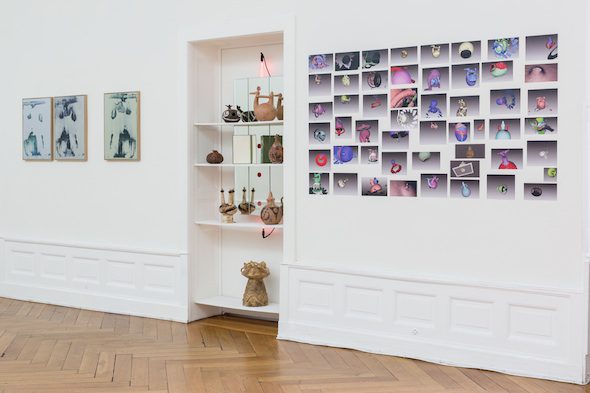 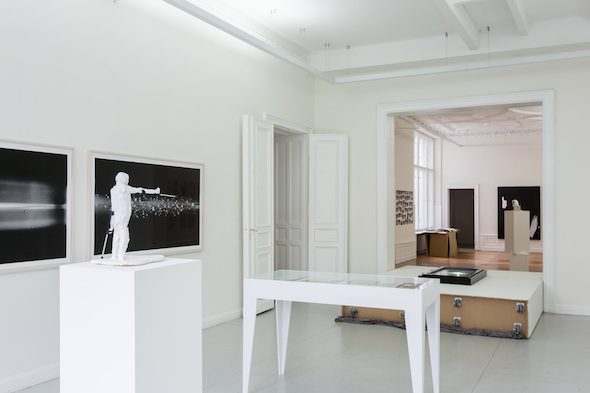 Sound being in the foreground of this phase, dubbed the ‘Coachman’ phase of the show, is not to say the current iteration of the exhibition does not continue its focus on the movement of the body in space and the shadows it casts and disrupts. Zilla Leutenegger’s ‘Kaleido’ (2014) is one of the works that places the material relations between physical objects, non-material images and the shadow at the heart of its conceptual contents. In the centre of the small room at the far northern corner of the gallery is a glass sculpture on a pedestal. Projected light and colour pass through the glass and are diffracted against the western wall of the space. The dialogue of sculpture and light complicates the notion of the shadow in that the sculpture’s translucence both creates disrupts and consumes the subsequent image as the object casts its own shadow. The entrance of the viewer into the field of projection creates another shadow that then disrupts—or completes—the image further. The vulnerability of the projector to the presence of human bodies, thus, is a “feature not a bug” and squares the complex dialogue of shadows the work manifests. 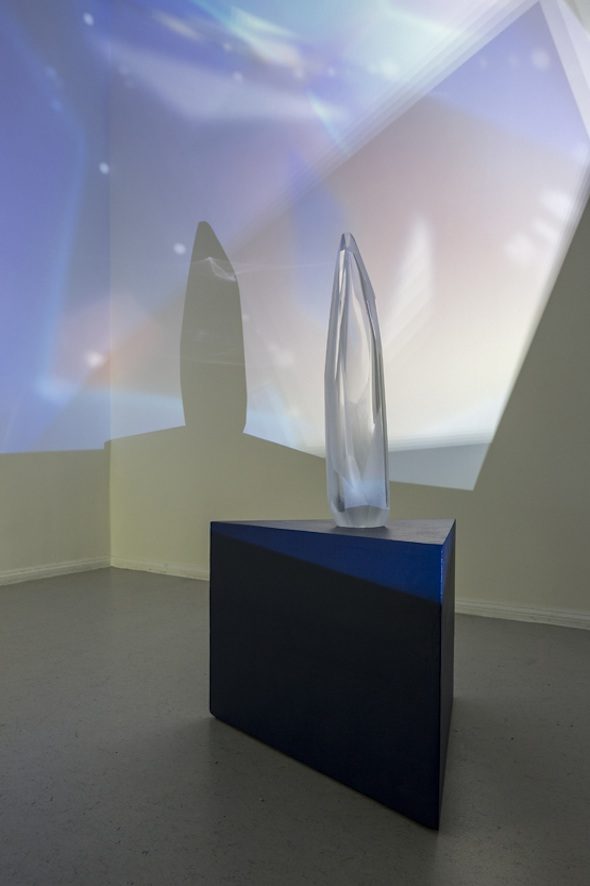 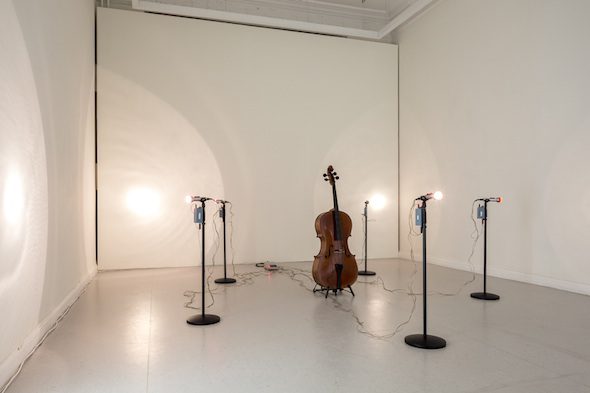 The shadow of the human body, coachman notwithstanding, haunts a number of figurative works in the exhibition, including a harrowing image of a cleanly decapitated St. Francis receiving the stigmata, by Svenja Kreh. The mystical light of heaven is boring holes in St. Francis’ flesh, but his body is also being sundered by the prerogatives of representational art. In a work like Kreh’s, ink casts its own shadow on the understanding of the body, and not merely as a means of representing shadows at play in two dimensions. The ink is both the agent of clarity in that it defines the images on the paper and the agent of obscurity where it obnubilates scenery. The human body is also the axial point of the work that is perhaps most concerned with the “aural shadows” Clemens Krummel describes, a video piece depicting an installation and performance work by the American composer Alvin Lucier. In the work, blindfolded participants negotiate a room using echolocation. The “sound shadows” become something like guideposts for the participants in Lucier’s composition. Seeing the work in video form loses something of the immediacy of a live performance, where physical risk is written into, literally, every step the participants take, but the documentation provides valuable additional context as well as an understanding of the philosophical underpinnings of Lucier’s project. The body Lucier’s piece makes clear, casts a number of shadows, only some of which are visible to the eye.