Art Cologne celebrated its 50th anniversary this year, making it the world’s oldest fair for modern and contemporary art. While in many ways quite conservative in its offerings, the spatial configuration of the event—taking up three floors of the Koelnmesse—invited a wide range of positions. The top two floors presented comparatively more experimental works, while the basement housed a well-known selection of modern art collectables by famous artists. Berlin Art Link chose six booths that pushed the envelope of this year’s expo.

After the unexpected success of its Kickstarter campaign last year, tech start-up DullTech was launched by Berlin-based artist Constant Dullaart. The product is described by the artist as “a smart, hassle-free, plug-and-play USB-friendly media player that works on all screens and syncs without problems or cables.” DullTech Media Player was conceived in 2012 during an artist residency in Shenzhen, China and is now manufactured there. At Art Cologne, Dullaart presented a tongue-in-cheek advertisement for his product, making fun of the jargon of start-up culture in advanced capitalism.

Always a Dull Moment, DullTech™ from Dull Tech on Vimeo.

American artist John de Andrea’s hyperrealist sculpture ‘Lisa’ (2005) attracted a lot of attention at the fair: the body of a naked young woman, lying on a pedestal, in the middle of the crowd. The woman lounged languidly at the edge of Galerie Perrotin’s booth, inviting a certain uncomfortable voyeurism. While the interest in the piece certainly did not concern its shock-value, the proximity to the human form drew uncanny comparative analyses. 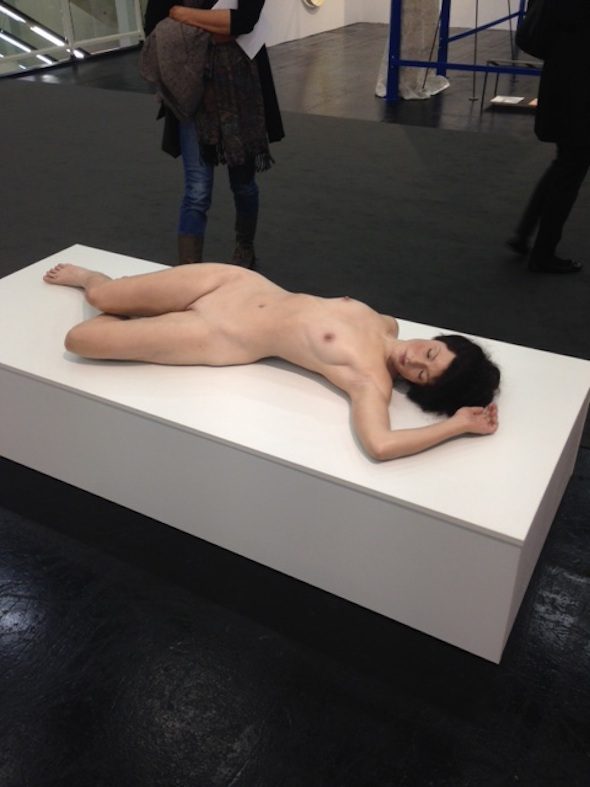 Melanie Bonajo’s photo and video works document performances that employ household objects in a close relationship to the body. Bonajo explores paradoxes inherent in ideas of comfort, strapping objects to her body in ways that highlight the physical toll of domestic labour and question the idea of the home as a space of leisure.

Established British sculptor Lynn Chadwick is well-known for his metal abstractions of the human and natural world. The small-scale iron figures presented centrally in the Blain|Southern booth at Art Cologne this year formed a kind of army of benign soldiers. Sharp lines punctuate his works, which stood out among paintings lining the walls. 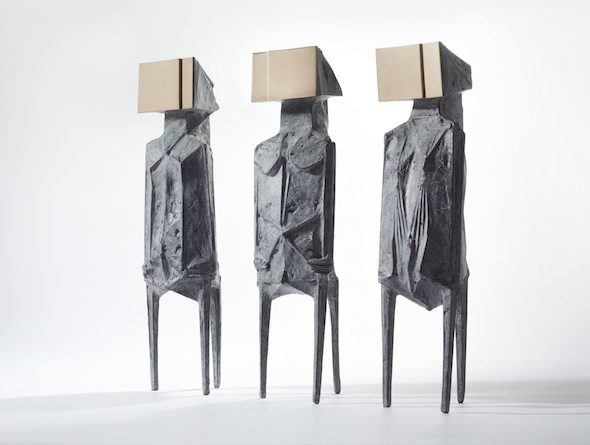 Chun Kwang Young’s sculptural works made of mulberry paper, a uniquely Korean material, are employed in his search for a culturally authentic mode of artistic expression. Wrapping individual triangular pieces of polystyrene in hand dyed mulberry paper, Chun creates the textured surfaced of his wall-hung assemblages. 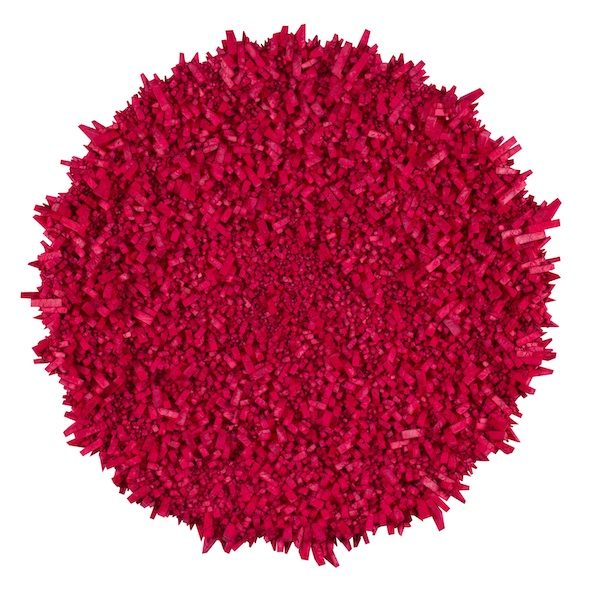 The corner installation of the CFA Berlin booth was an eye-catcher, with a life-sized pin-up photograph of Kim Kardashian, scantily clad, climbing a small dirt hill. Juergen Teller’s piece, entitled ‘Kanye, Juergen & Kim’ has been making the art fair rounds, with a recent appearance at Art Basel Hong Kong. The refreshing frivolity continued with Christian Jankowski‘s immersive installation ‘The Day We Met’ — a replica of a small karaoke room, featuring video clips made in collaboration with a professional karaoke camera team. 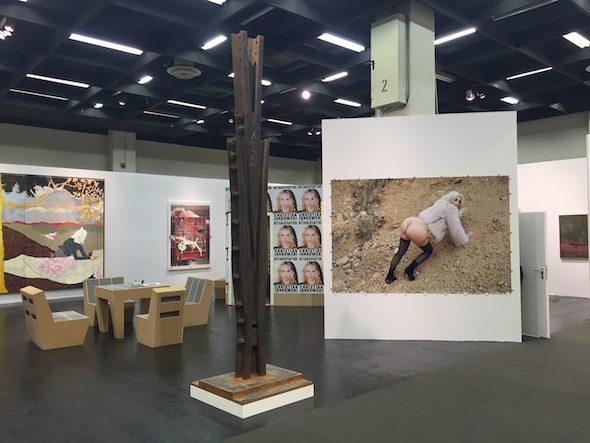