In Dallas, there is no busier time in the art world than mid-April. During the Dallas Art Fair you can see a survey of international galleries, as well as some local favorites, at the downtown Fashion Industry Gallery. Typically, Dallas is known as a painter’s city, and a lot of the art fair focusses on works on canvas. This year was no exception. In its eighth edition, the Dallas Art Fair presented 97 exhibitors and over 30 international art spaces. Berlin Art Link correspondent Lee Escobedo compiled a selection of his favorite works from the week.

With so much seriousness across the booths, Shimizu’s sparse works, filled with humor and heart, were a welcome departure. Outside the booth, attendees were greeted with ‘Barack Obama’, a portrait of our current president wearing a lei. There’s a sly naiveté in Shimuzu’s work: you’re invited in to a familiar place, with enough weird touches and slight differences from what you’re used to, that you feel as confused as comfortable. Inside the booth, ‘Badass Baby’ is exactly that. A baby wearing sunglasses, daring you to laugh. It’s a touching choice by Misako & Rosen to present work with such a distinct humor, popping out despite the limited space. 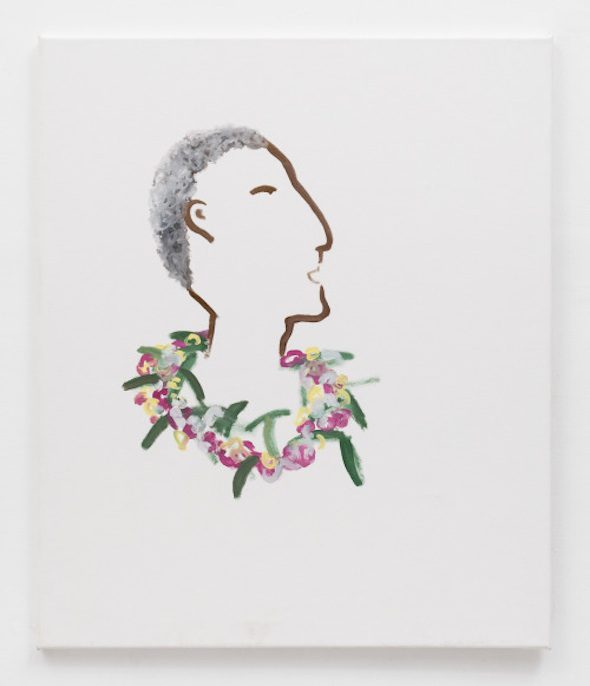 Run by Nancy Whitenack and Danette Dufilho, this Dallas-based art space showed restraint in the exhibition of their own solid roster. Standouts were Dallas-based painter Ludwig Schwarz, whose small piece, ‘Untitled (Evil Prevails)’, made in 2002 during the build up to the Iraq War, tells us that “Evil Prevails When Good Men Do Nothing”. Schwarz’s piece comes across less as punditry and more as semiotics with multiple punch lines. Woods’ video piece ‘Tempest Tossed: Variations 1&2’ is darker in tone. Woods inserts herself into the piece, playing a shadowed female figure being forced into poses by a male figure, who seems to be decidedly a foe. The piece comments on the original African female model for the Statue of Liberty, the white-washing of this history and so much more. It’s a strong, commanding piece and few pieces came close to its residual power throughout the rest of the fair. 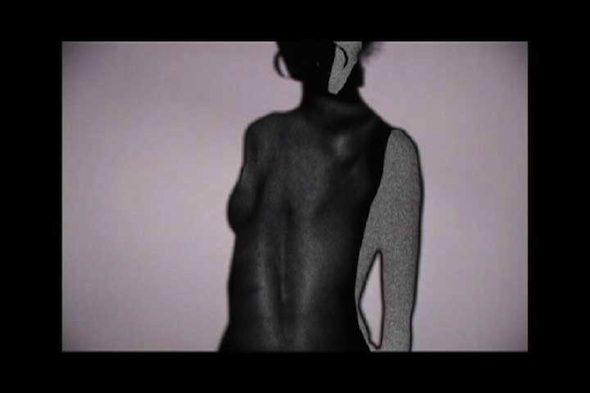 ‘Thief Painting in Black, White, and Red Oxide’ invited multiple revisitations. Unsettling, the image of two gloved hands reaching under an opened window unlocked deep-seated fears. This large-scale piece had a visceral effect that kept people coming back. The hyper-realism of the painting was successful at mining the psyche. 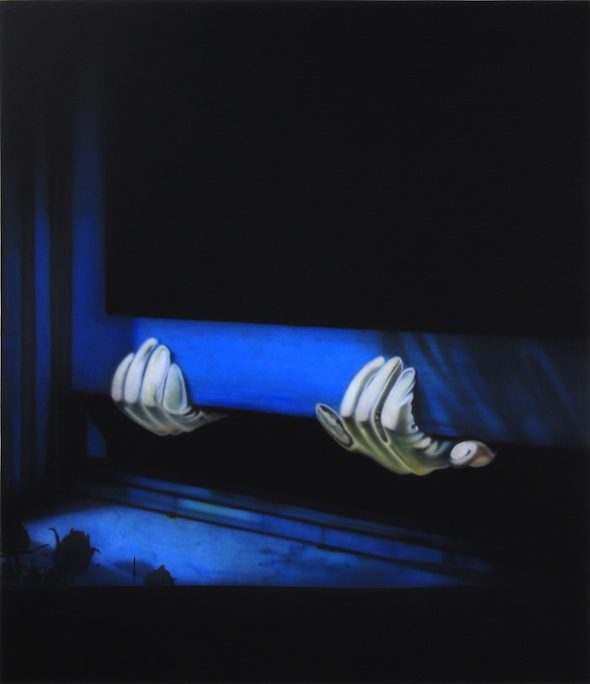 Tracing historical narratives and the rich past of Iran provided a necessary grounding to the aesthetic sways and shifts traversing the gallery. Layered ideas of beauty, femininity, and censorship impacted pieces such as Ahrarnia’s ‘Disappearance of Rumours’. Ahrarnia held together many concepts in her pieces, without any one getting lost or overpowering the rest. 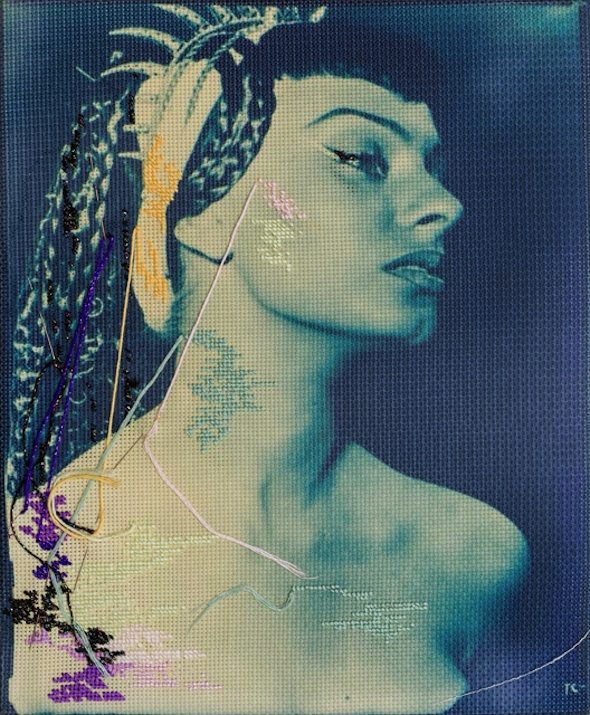 Farhad Ahrarnia, A Dish Fit For The Gods // Artsy Profile

This fair was dominated by paintings, but of all the large-scale works on display it was the studied and communicative work of Lerma and Reames that left a lasting impression. Reames, a Dallas-native and L.A.-based artist, deals with an iconographic language that considers thoughtful gestures and everyday semiotics. His paintings create a roadmap to navigate our current online, avatar selves. Lerma is working in historical context, making paintings about painting. In his chunky portraiture, colors pop and snap, but are never the main attraction. That honor goes to the painter’s hand, creating textures that convey ideas around institutional painting. 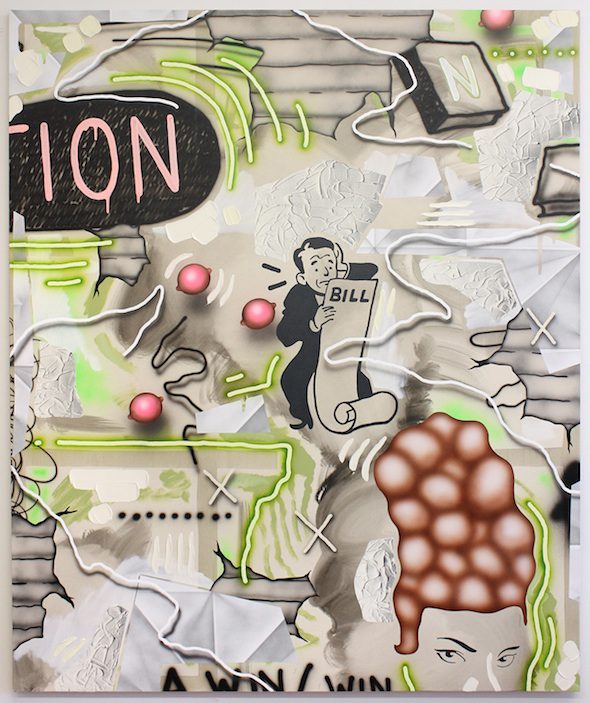 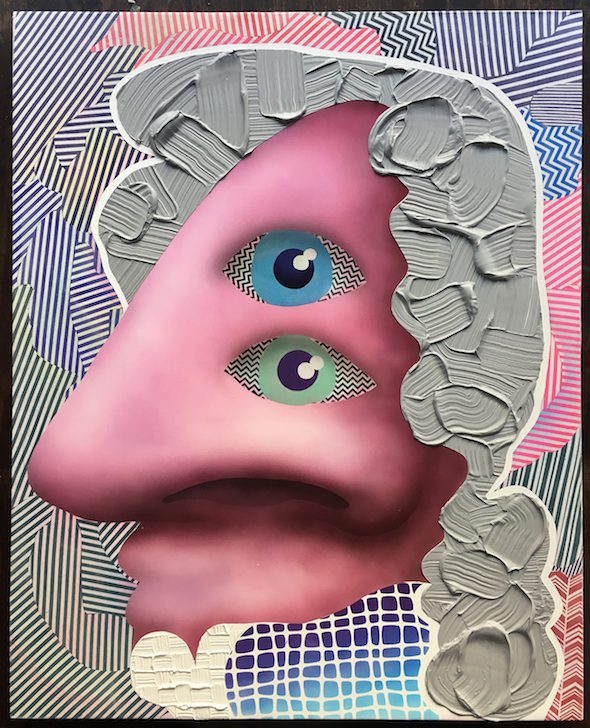 Kordansky Gallery pulled off one of the best booths, paring down the quantity to allow the poignant and varied work of Calvin Marcus to breathe. Marcus’ series of Martini Shirts, those your uncle would wear, are exercises in leisure. Marcus installs three shirts he has worn over time, collecting the stains and residue of life. It’s a tasteful statement from the artist on being, without having to be literally present. 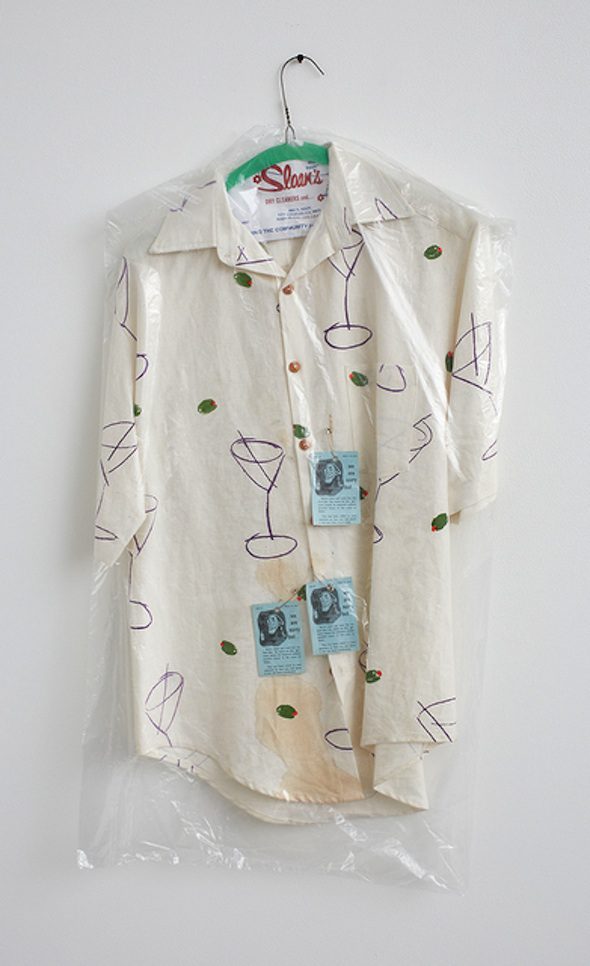 In a fair filled with taffy-colored de Kooning look-a-likes, it was comforting in a way to have a Master present. The collection of Mitchell’s paintings on display were small, slow-burning poems. Color, line, decision, all came together in a tender approach, leaving one wondering how each brush stroke was cast. The scale, softness, and melancholy of her work still resonates decades after they were made. 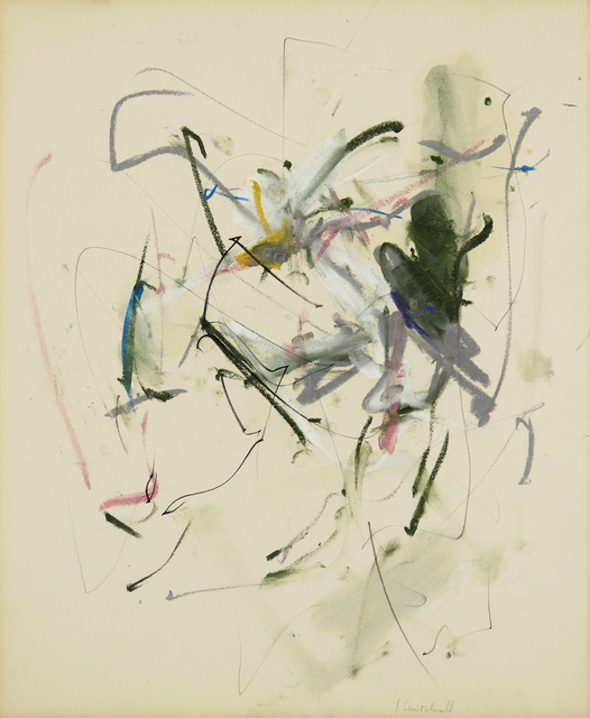 Proving the international flavor of this year’s fair, Carbon 12 came all the way from Dubai. Buhmann’s paintings are bold, stark, large-scale oil-on-canvas works that dominated the booth, catching the eyes of passersby. Large, dictated shapes fall in and out of the line of sight, creating a landscape of iconography and mood. 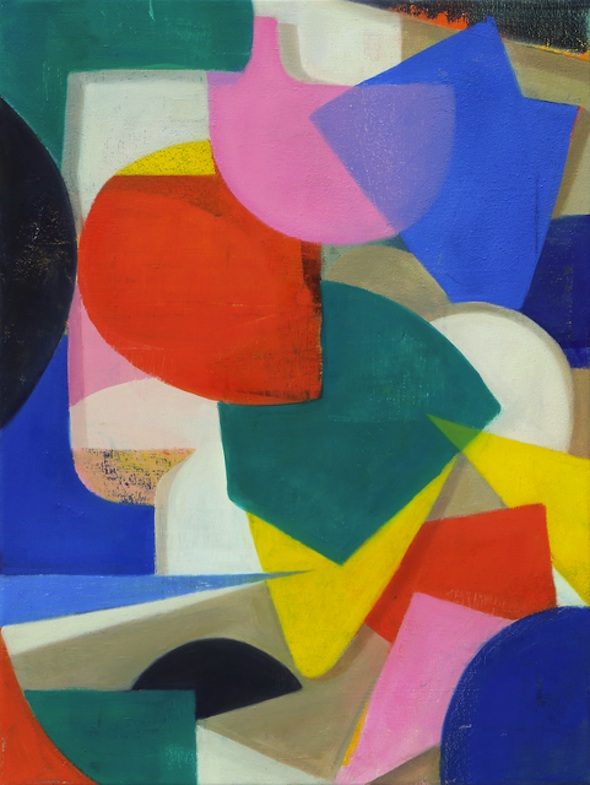