Madonna invited women to “strike a pose” in the early 90s, but like an irresponsible hypnotist, she seems to have forgotten to mention when it’s okay to stop. Sally Nixon’s set of illustrations seem to count back from three to release women from the tyranny of the camera. The women in Nixon’s illustrations don’t know they are being watched, they are engrossed in mundane tasks like eating toast, brushing their teeth, watching TV – seemingly oblivious of the male gaze. They are not pouting, twerking, or in any way making love to the camera. We spoke to Nixon about her refreshingly natural work, and its place in a world drunk on Instagram selfies. 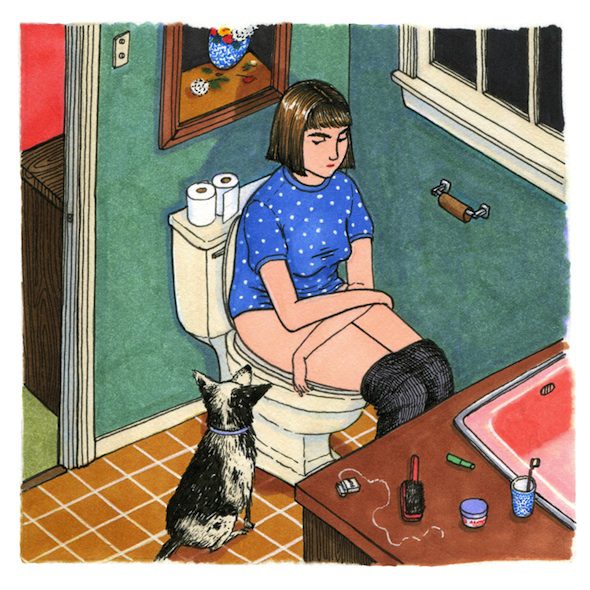 Illustration by Sally Nixon // Courtesy of the artist

TL Andrews: What inspired you to create this series of illustrations?

Sally Nixon: This series was part of a 365 day drawing challenge that I started last April. Making a complete drawing everyday means you have to come up with new subjects everyday and that can be difficult sometimes. So I looked for inspiration everywhere I could. I’d be in the shower, brushing my teeth and think “Okay, this is what I’m drawing today.” I grew to really love illustrating otherwise mundane or routine moments. It’s fun to take the ordinary and make it beautiful.

TLA: How do you come up with scenes for each illustration?

SN: The scenes usually come from my own life and routine. Everyday objects and situations inspire me. For example, sometimes I’ll challenge myself to take a mundane object, like a microwave or a couch, and make it beautiful. So I’ll draw it in a certain context to tell a story. 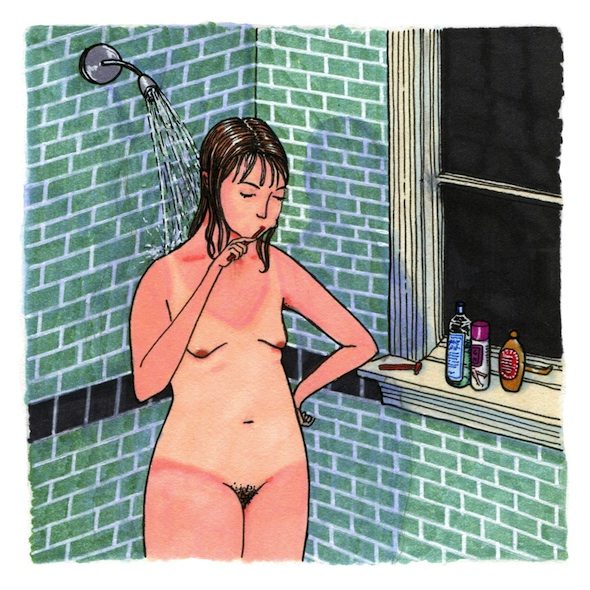 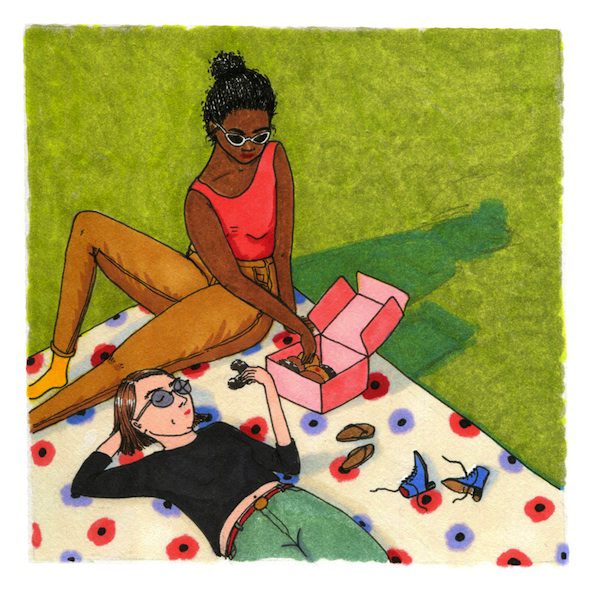 Illustrations by Sally Nixon // Courtesy of the artist

TLA: How do you think social media have affected the way women present themselves/are presented to the world? 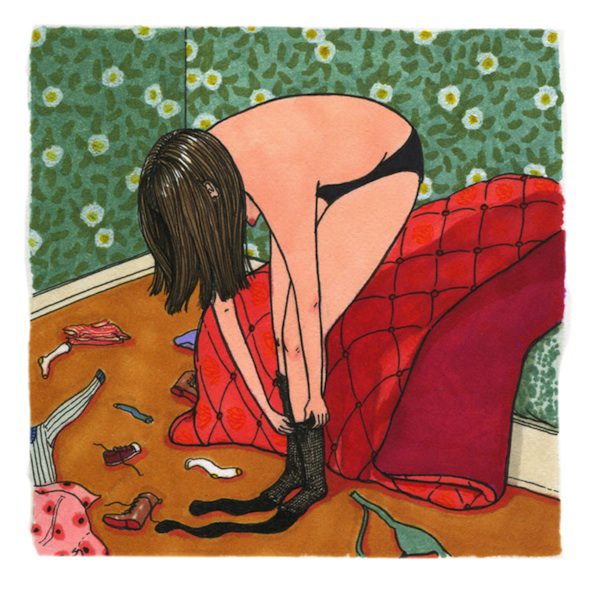 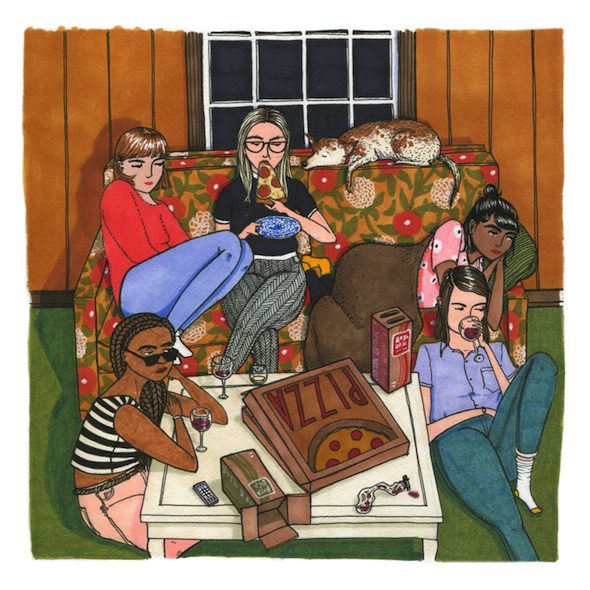 Illustrations by Sally Nixon // Courtesy of the artist

TLA: This series does not include any scenes with men in them. What would the presence of men have changed?

SN: It wasn’t on purpose that I didn’t include men. I just prefer to draw women because 1) I am a woman so I have plenty of reference material and 2) women are prettier than men. I’m not opposed to including men in future drawings, but this series was more focused on women’s relationships with themselves and with other women.

TLA: What else do you think is missing/wrong with women’s representation in the media?

SN: I think there needs to be more diversity in terms of race, body size and sexual orientation.