Berlin-based Momentum seeks 20 performers for the artwork ‘On The Way – Safety and Luck’ by Nezaket Ekici. Volunteers should be aged 20–50, with some performance or body experience. The performance will take place on the occasion of the opening of the exhibition Hero Mother:  Contemporary Art by Post-Communist Women Rethinking Heroism on May 13, 2016 at 7pm at the Kunstquartier Bethanien in Berlin.

You can find more information about the Open Call here. Applications should respond to laura@momentumworldwide.org 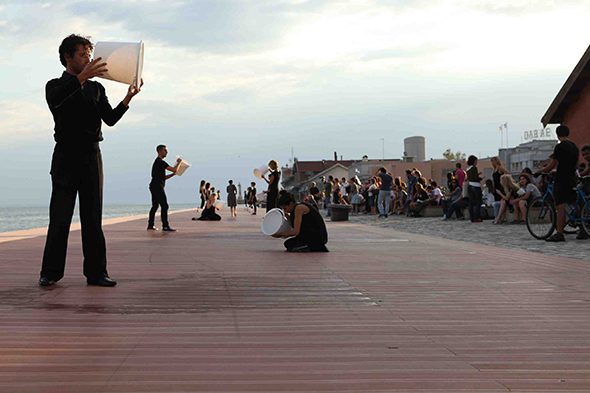 Nezaket Ekici: ‘On the way safety and Luck’
Performance installation since 2011 – present
Duration: 45 minutes to 2 hours
The performance ‘On the way – Safety and Luck’ was first performed in the „Güterhalle“, the former train station, Bremen in May 2011 and in September 2011 in the port of Thessaloniki (as part of the Thessaloniki Biennale) and outside the museum in Pleven, Bulgaria.

This work will be shown live in Berlin for the first time as the Opening Performance of the group exhibition HERO MOTHER: Contemporary Art by Post-Communist Women Rethinking Heroism. The performance will take place in the plaza in front of the Kunstquartier Bethanien.
In the performance, the artist is walking very slowly on a straight path through the Bethanien plaza to the entrance of the building. Actors / models are stood forming 2 parallel 100m-long lines. Next to each performer stands a bucket of water . The placement of the actors forms a clear pathway leading towards the building, and the actors are like sculptures. 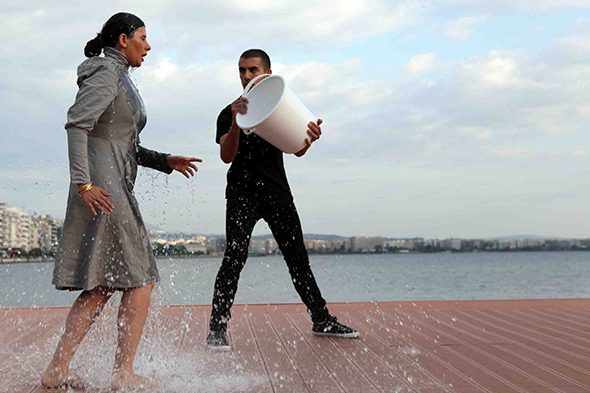 Here the artist uses a childhood memory, which goes back to a farewell ritual that was common in Turkey and in her childhood in Duisburg, Germany. She can still clearly remember that whenever Turkish families left for Turkey, all Turkish neighbours gathered in the street and poured a bucket of water onto the car at the moment of departure. This ritual represents happy travels and a safe arrival at the destination. 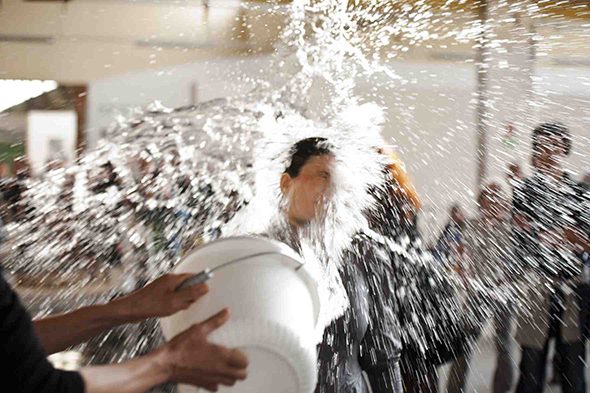 In a sense, the artist symbolizes the march of the refugees who are now setting out from the post-communist Balkan countries to seek fortune in foreign lands.

Nezaket Ekici
Nezaket Ekici was born in Kırşehir in 1970 and moved to Germany when she was three years old. At the moment she lives and works in Berlin and Stuttgart. She studied painting and sculpture in Munich, then moved into performance art and completed a master’s degree in Performance Art with Marina Abramovic. She has presented her work worldwide in museums, biennales, galleries and festivals; with a total of more than 120 different performances, on 4 continents, more than 100 cities and 30 countries.

Her work touches on gender, politics, religion, Turkish­German identity, art history and architecture. The ideas and thoughts generated by these topics form the bases for her artwork. Ekici’s ideas come from the social and cultural aspects of everyday life situations, and are expressed in performances and installations. She uses the body as a means of expression; sometimes, the artistic idea is expressed using the body alone; at other times, the body is used as part of the installation and within the context of a presentation to an audience. Ekici deals with subjects concerned with time, movement, space, material, body, and action/interaction. She tries to create works of art that leave the viewer free to make their own associations and new possibilities. 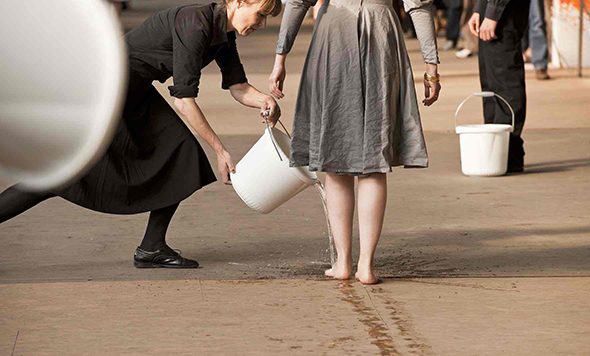