As a second generation domestic worker Xyza Bacani’s life in Hong Kong consisted primarily of cleaning other people’s homes and taking care of their children. Amid all the obligations though, she committed to doing one thing for herself every day: taking pictures. She saw her photography of ordinary city life as a hobby, an escape from her own struggles—never imagining how it would change her life.

One day in 2014, when a San Francisco-based photojournalist saw her work on Facebook and forwarded it to the New York Times, the paper ran a feature on her that brought her a great deal of attention. “I’m an introvert,” Bacani says, “So when it came out I just went to sleep.” When she awoke she was confronted with a deluge of exhibition offers. She was skeptical at first but when the offers became consistent enough Bacani decided to dive in. Today she has an exhibition every month in Hong Kong, one of which is co-sponsored by the US Consulate. Bacani is most famous for her work on human trafficking survivors. She tells us about the process behind creating those works. Below are some examples of the street photography that provided her big break. 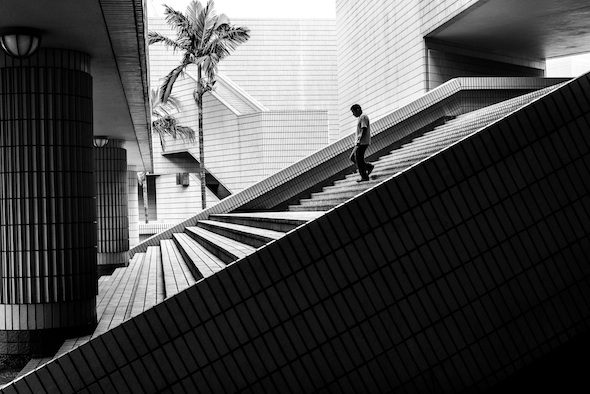 TLA: Why have you chosen to undertake photography that documents the lives of overlooked communities?

XB: I have chosen to document under-reported stories because I’m part of those overlooked communities. Being a migrant worker for ten years, I experienced some of the situations they are going through. I’m an insider to their stories. I owe it to them to tell their stories.

TLA: How did you make the transition from being a domestic worker to being a photographer?

XB: After the New York Times article I still didn’t quit my job as a domestic worker because I knew that being a freelancer was scary. As a domestic worker I was still more secure because I had a job, a monthly income, a bed to sleep in. Then I got accepted into the Magnum Human Rights Fellowship. I went to New York for the fall of 2014 and it all started from there. 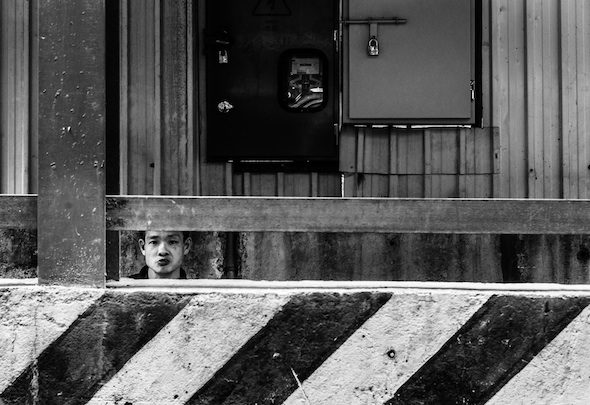 TLA: Is there one story of trafficking that affected you particularly deeply?

XB: All stories affect me but the story of Daisy really affected me deeply. Daisy is a human trafficking survivor based in New York. She’s from the Philippines, a mother of three. When I was taking her photograph I saw her working hard every day and saw how she still managed to talk to her children in the Philippines. She tried to be a mommy even though she was a million miles away. I saw my mom in her. She is also a domestic worker. Her story stuck with me.

TLA: How did you gain access to your subjects, and how did you build trust?

XB: Whenever I go to different cities or countries I always ask around at different organizations that deal with human trafficking to speak to some survivors. Then I introduce myself, I ask them if they want to be photographed and explain to them my intentions. If I’m lucky, they agree. 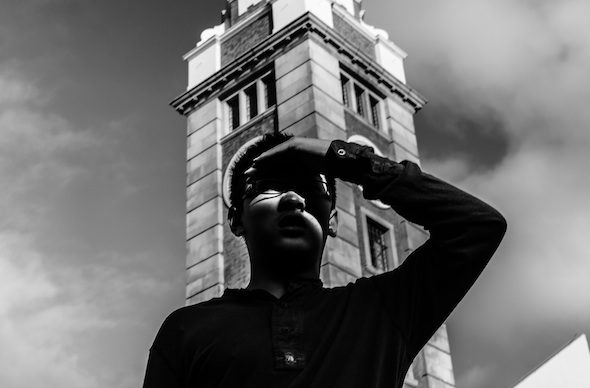 TLA: Why do you think your subjects trust you?

XB: Because they can relate to me. I’ve been in their situation. It’s really important that you know what these people went through. I’m not an outsider trying to take their stories. I’m an insider trying to tell people about what they’re going through. Having their children back home, they always ask me: “How does it feel to be a child of a domestic worker?“ And I tell them.

TLA: So they interview you about your situation?

XB: Of course. Family separation is a big problem for human trafficking survivors and for every migrant worker in the world. They take these jobs in the hopes of better lives but what about their children?

TLA: How do you approach photographing someone who has been “a victim“? What do you aim to preserve and what do you avoid?

XB: I avoid re-victimization as much as possible. I don’t pity them. When I meet them I feel inspired because they’re really strong people. If we keep putting them in a box of victimhood then nobody will come out, nobody will ask for help because the society is already condemning them for being a “victim”. We should look at how these people survive. 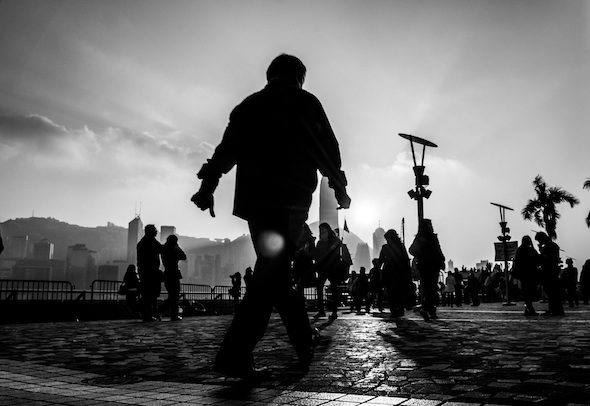 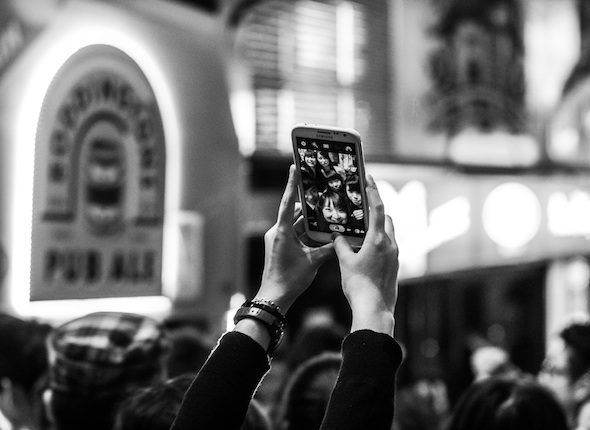 TLA: What are some of the technical considerations you think about when you are out on a shoot?

XB: I think it’s all about the light and anticipation. That’s why I did street photography; it was visual exercise for me, a way of learning to anticipate what people’s next move is going to be. We are all the same, we do the same kinds of things: eating, sleeping etc. So when I became used to shooting these kinds of gestures I began to anticipate their next moves.

TLA: What did you learn about trafficking that surprised you?

XB: Honestly, I was surprised that it’s happening not only in third world countries but also in powerful countries and that it is so hard to solve.