“I thought I could judge the depth of the city!”
Rimbaud

The image that drew me into the labyrinthine network of relations and references in the exhibition Living in the Radiant Cold at Delmes & Zander was that of a nondescript scene near the main railway station in Dusseldorf, on what appears to be a cold winter day. The clock tower records the time; the street is eerily quiet. No one is around, but time moves on. It is a moment like that described at the beginning of Robert Musil’s magisterial twentieth-century novel, The Man without Qualities; describable, if not knowable, primarily by its objective content, but in the very neutrality of the description a deeper subjectivity emerges. The subjectivity in this case belongs to Horst Ademeit, an artist and writer who died in 2010, whose body of work consists of the documentation and archiving of decades of his life. He conveys these image through the medium of Polaroid photography, annotated in a tiny meticulous scrawl. 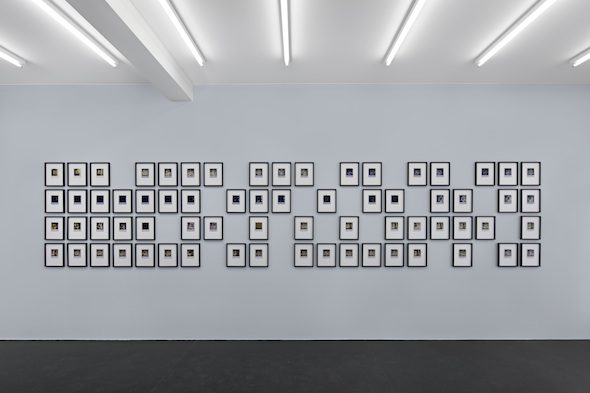 Ademeit’s obsessive penchant for archiving may well have sprung from mental disturbance. He appears to have believed that through his observation and recording of the minutiae of his life and surroundings, he would confirm the existence of a phenomenon he referred to as “cold rays”—an apparently electromagnetic force that disrupted Ademeit’s life and the world around him. Ademeit’s records took various forms, and the Delmes & Zander exhibition brings together the Polaroids along with a selection of calendars on which Ademeit’s handwriting details observations—by turns introspective and impersonal—that provide some insight into the totality of Ademeit’s vision. No detail could be understood as neutral or insignificant, but, by the same token, significance to Ademeit was a highly personal, even hermetic concept. Looking at the image of the station in Dusseldorf, there doesn’t seem to be any disturbances to note, but, then, that was not what Ademeit believed the images would display. His works do not seek iconicity; they seek to unravel the mysteries that lie beneath the quotidian veneer of our every day lives. Thus, it was only through the scrupulous investigation of the world in which he lived that Ademeit believed he could understand the forces that animated and distorted his existence. Looking over the snapshots on the walls of Delmes & Zander, one is left with the question of whether or not Ademeit was successful. Answers will vary. I Personally, I felt they were tremendously successful, but perhaps not in the terms on which Ademeit may have understood them, nor in ways he might have anticipated. 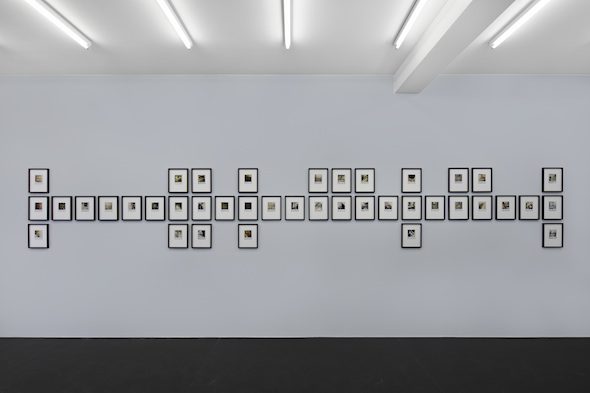 A number of the works in the exhibition feature the images of Ademeit’s idiosyncratic system of measuring the presence of the posited rays: by placing meters and compasses on copies of a given day’s issue of the equally ubiquitous and scurrilous German tabloid, Bild, and then commenting on the results along the white border of the Polaroid. For me, these images felt somehow quite distant, either perhaps as examples of a kind of lurid voyeurism into the mind of an “outsider” artist driven by incomprehensible inner needs, or as a set of relations too gnomic in their ultimate meaning to achieve much beyond a vapid aestheticisation, through sheer density.

Where I felt a genuine proximity to Ademeit’s concerns was in looking at his images of the cities in which he lived. These photos document a Germany in transition, as the frequent images of construction denote. The trenches in the pavements, the elaborate scaffoldings all speak of geographies being transformed by the force of human endeavour. The cold rays in this case, however, are from the icy gaze of economics. In a sense, Ademeit’s quest to discern meaning from the cities he documented is not so different from that of the consortia and individuals who were financing the renovations and demolitions in Ademeit’s images. Each seeks to draw out a specific potential from within the latent substrate of the urban space which they observe or through which they pass. How different are these images, I found myself wondering, from the CGI architectural models that populate offices and websites of successful design firms? Perhaps the metrics of their value alone are different. Ademeit’s concerns may have lain beyond the ambit of science or commerce, but his relentless commitment to pursuing his own system of valuation was a kind of mirror held up to the values of the Germany that he saw penetrated by the overwhelming density of his forbidding cold rays. 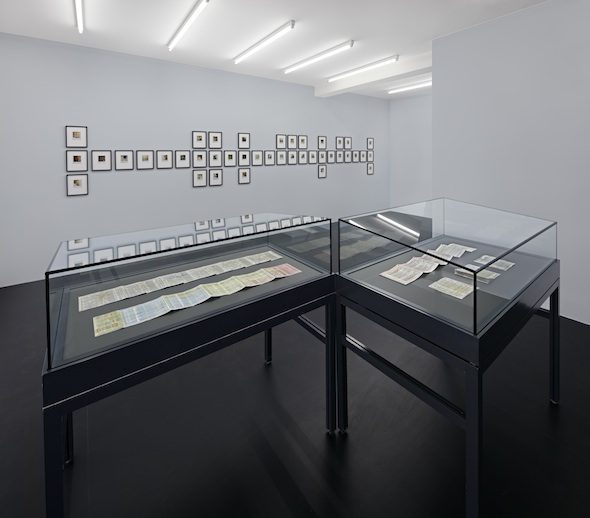