A few moments of confusion may elapse before the full effect of the Hood Chiller imparts its späti-fied art gallery effect on viewers. Earrings, street wear, hats, keychains and more are pressed tightly up against their backdrop of artworks by Citpelo and Jeans Edmiral Brown in the split level space. The mostly photographic pieces are of the more derelict cityscapes of Friedrichshain and southern Berlin, including Waschauer Straße and Tempelhof airfield. Through the aesthetic choices and deconstructed commercial details, what the exhibition offers is a seamlessly authentic connection to a part of Berlin’s culture that is often overlooked by contemporary art—that is, it’s grittier street and club urban scenes. 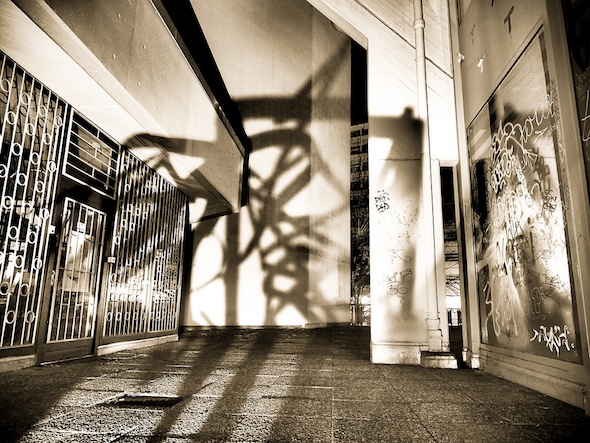 Many of Citpelo’s photographs accentuate or exaggerate the geometric elements of Berlin’s older, non-gentry architecture. The pictures of the buildings are often manipulated through increases to the contrast, a trend which is commonly associated with urban photography depicting graffiti artists or skateboarders internationally. It’s a style which glorifies ignored, isolated or stigmatized populations.

Citpelo tackles Berlin identity and reclamation in more ways than one. In many of the works, the artist has taken the effort to collect promotional flyers, such as those for club events from various venues throughout the city. He has then skillfully sliced and woven the slits together creating masks or sculptures, whose purpose it is to contort the paths of light that they encounter. 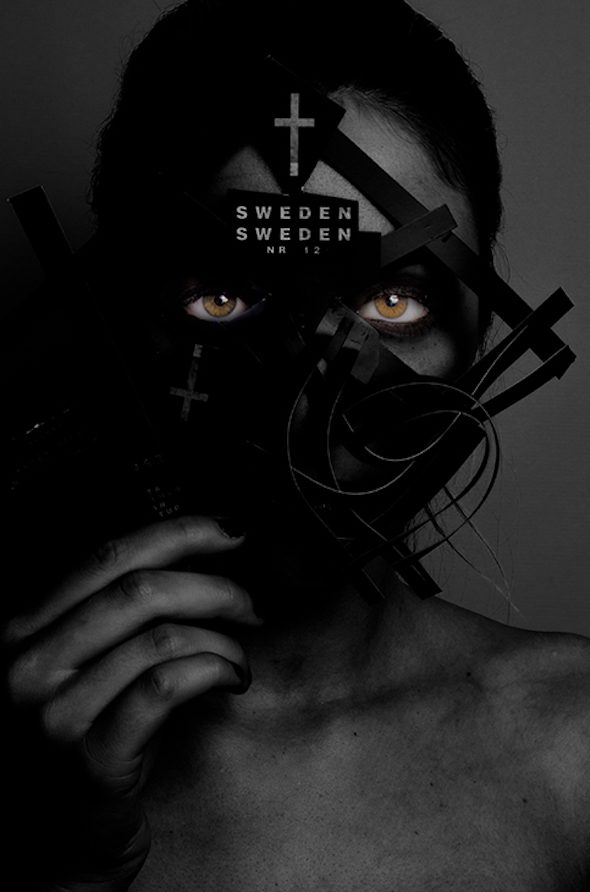 Citpelo positions some of these repurposed features on models, mostly Berliners. We see the models—like the paper—take on confident warped positions and expressions which allude to club dance moves. With the inclusion of both consumer and nightlife elements, the photographs act as a reminder of the polarities in Berlin; a city so tightly wound by the need to set international standards for productivity and politics, also needs to have a creative exhale. In this case it’s through dance, drugs and art. Citpelo seems to be suggesting that Berlin’s underground cultures are not niche but are a collective of comfort zones essential to the balance of the city. 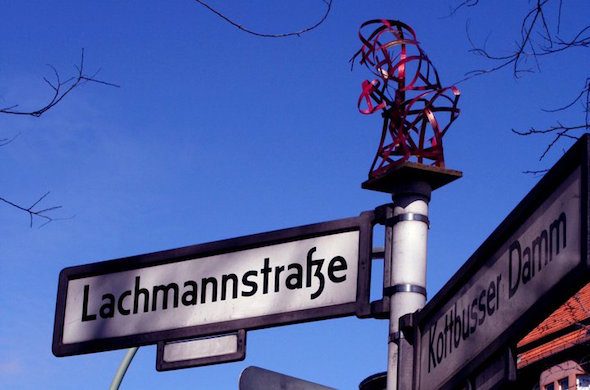 The artist’s exploration does not stay safely tucked away in the Kreuzberg alcove where it is housed. Instead, his installations take bold strides on the streets that inspire them. Citpelo takes his sculptures and places them in front of light sources, causing waves to dance off the surfaces of those otherwise hauntingly innate buildings that form his subjects. While the pieces themselves look like small structured hives of colour, the light patterns that they create are large and elegantly thought out. They both compliment and confront the power of their canvases. As the artist explains, he chose to create art because it is something that he can following without the imposition of anybody else. 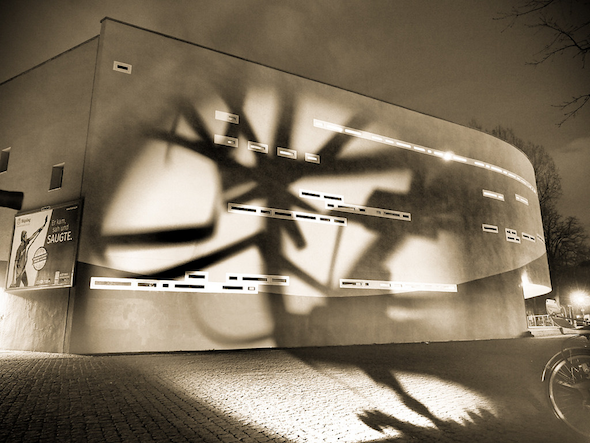 It’s possible that when viewers walk into the Hood Chiller gallery they build preconceptions about the value of the space’s contemporary works, so much so that they might even imagine the scent of marijuana mingling with them there, a feature which may or may not actually exist. Regardless, Citpelo and Jeans Edmiral Brown’s pieces are politically and aesthetically potent and relevant. The commentary that builds through this exhibition is that while urban culture might be tolerated in Berlin, it is still a source of self-hatred and is not yet thought of as integral. Citpelo’s works are a warning and an attempt to prevent a Jekyll and Hyde outcome by bridging the gap between artistic realms.