Gods is a band and art collective with members based in Berlin, Cardiff, Cologne and Innsbruck. Despite the geographical divide, they manage to put out a steady stream of synth-pop and electronic music, as well as music videos that are works of contemporary art in themselves. Their video for ‘We’ was recently nominated for a Berlin Music Video Award. In advance of their performance this weekend at the BMVAs, we caught up with Benshi from Gods to discuss the band’s collaborations with artists, their strategies for working across different cities and countries and their upcoming album.

Alison Hugill: Congratulations on your nomination for the BMVAs. Can you tell us a bit more about the concept behind your video for the song ‘We’ and your collaboration with Canadian video artist Sabrina Ratté?

Gods: Thanks, we’re really stoked. When we made the video we had just come out of making a few clips that were more conceptual in nature, more abstract. The video for ‘Pompeii’, for example, was made by Mexico City artist Beatriz Morales, who incorporated abstract dance. We’ve been on the road as a four piece since the release of our last record, and it was time to capture our performance energy in a clip. I first saw Sabrina Ratté’s work in the clip to Suuns’ ‘2020’, and her visuals blew my mind, I knew straight away her style of video manipulation would be a perfect match for us, it has such mystery and a kind of elegant rawness to it. I wrote Sabrina a message, sent her the song and asked her if she’ be up for making a video together. She had all kinds of other things going on, but she vibed with the tune and said yes. It was all very spontaneous and organic. And then we jumped right into it, we shot in Berlin, Sabrina did her magic in Canada, and I edited the whole thing in Berlin. We wanted to create something immediate, kick-ass, energetic. Visuals that buzz with the electricity of the tune. The track itself was written and produced by Sion Trefor, and it’s a goddamn masterpiece. It was awesome to make the video for it, the music set a high bar for Sabrina and me, we felt we really needed to come up with something rhythmic and electrifying. As band, the clip shows us in a stage of transformation. “We’re too tired for this shit”, as Sionski sings. Something new was taking hold at the time we made the video. I can only speak for myself, but somewhere along the line I flicked a switch, decided to move ahead no holds barred, and that’s also changed the game for us in the studio. 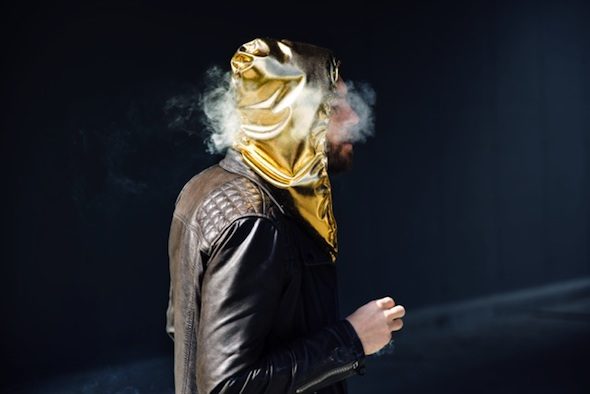 AH: The number of members in the band for live shows and for writing and recording varies. How do you work with the distance between cities/countries you’re based in, and the changing number of bandmates?

Gods: Over the last two years, producing our first record, making videos, touring, we have never lived in the same city. Sionski lives in Cardiff/UK, Eli in Cologne, Sevster in Innsbruck, and I’ve made Berlin my home. The whole situation was completely unusual. I have known the guys forever, we were already involved in various other projects together in the past. We just knew that we wanted to do something together, and we didn’t let the distance stop us. The distance actually creates a tension. And that’s the opposite of boredom. On the one hand it was a pain in the ass to organize rehearsals, on the other hand it taught us to focus. The changes in live setup simply reflect that we’re trying out different scenarios still. Everytime we head out to play it’s different, the songs are always slightly different, the setup changes constantly, we don’t get the chance to fall into a complacent routine. We always want more than we have in that respect. This year it’ll be mostly Eli and myself performing the new tunes.

AH: You’ve been compared to early 2000s sensations LCD Soundsystem and how would you define your music in terms of contemporary or historical genres?

Gods: What I know is that we’re more interested in the future than the past. Sionski and I produced a lot of stuff between us over the last couple of years, and experimented with everything from minimal beats to atonal string quartets. Literally. We only released a tiny fraction of the tracks we recorded and produced. I don’t see us as a part of any established scene or genre. We’re just doing our thing. 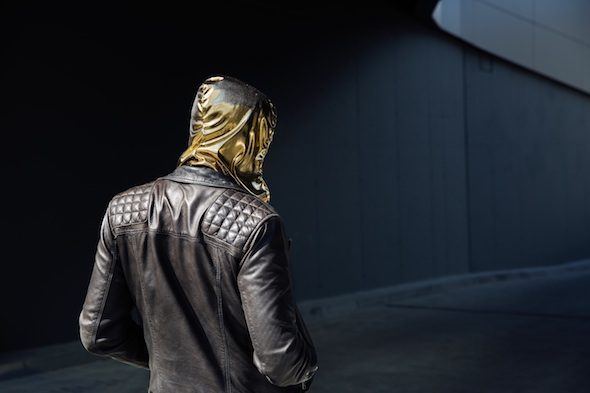 AH: Tell us a bit about your new album and what we can expect to hear from you in 2016.

Gods: Expect the unexpected. We’re recording in Berlin and Cardiff right now, I just moved into a studio in Berlin, Sionski is producing in Cardiff. We’re mixing it all up. This year is all about new tracks and videos. We’ll drop the first tunes and clips later this summer, and the album probably in autumn. We’ll also play some odd shows over the summer, and will then head out on tour again once the album is out.

Alison Hugill has a Master’s in Art Theory from Goldsmiths College, University of London (2011). Her research focuses on marxist-feminist politics and aesthetic theories of community, communication and communism. Alison is an editor, writer and curator based in Berlin and a host of Berlin Community Radio show ‘Hystereo’.