When we think of the future we are often draw to images of white, anarcho-capitalist machinery, our only lifeline a Soylent drip three times a day. But what if our future wasn’t so far away? In fact, what if we should be preparing for it right now. Angelo Plessas is doing exactly that. By creating sites of spiritual survival he extends his mined knowledge and techno-shamanic values to the viewers, in serene installations of natural wonders and ancient tongues. He also founded the Eternal Internet Bro/Sisterhoood, a yearly autonomous happening that extends our digital personas beyond the world wide web. We spoke to Plessas about mindfulness, being an Extropist and existing in a URL-centric time. 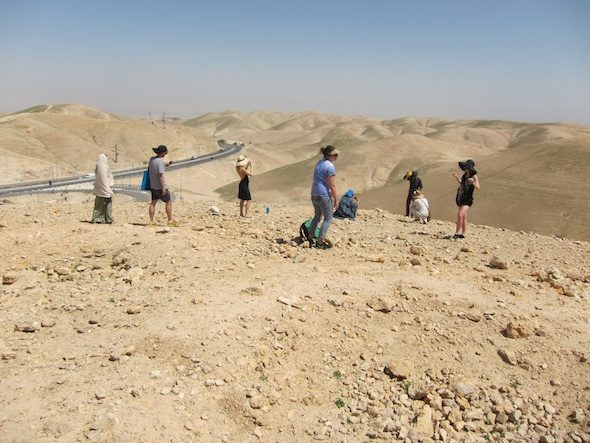 Angelo Plessas: The Eternal Internet Brotherhood // Courtesy of the artist

Penny Rafferty: How do you perceive the next 50 years?

Angelo Plessas: We are in a negative phase of history right now, because there is a wrong side of humanity in power who take up the roles of politicians, entrepreneurs, opinion makers, clergy, cultural producers, etc. People who continue to think in a kind of solo unison are a plague, our present destruction. I was reading the latest book by Paul Mason called Post Capitalism and there is a section in the book where he speaks about this “new” bad phase of history we entered in 2008. This happens more or less every 50 years and lasts for a few decades. Let’s take our era as an example: we have financial, religious and cultural clashes that are not at a point of resolution or a weakened state. In fact, one can only assume it will become more horrendous. We will see clashes over the rights to who controls the creation, distribution and appropriation of information and knowledge. The internet brought an intellectual mass production, but in turn the art market became a mess of mass consumption. And it continues. With this mindset the people who will prosper in the future—and I am not talking about financial gains—will be the ones who will learn how to resolve problems, through a more cerebral discourse, mentally and physically via intellect, emotions and psyche. Maybe one day even art will re-join this legion of culture for mindfulness.

PR: You consider yourself an Extropist, right? Someone who continually aims to improve the human condition through science, technology and research. How does this relate to your daily practice?

AP: Well, I don’t know if I fit the description in all its trans-humanist worth, though I love the word. I live in Athens, Greece. It’s a country full of problems. Some are not solvable maybe in my lifetime but my daily life and practice is uncannily pleasant. Maybe it’s my own making, my own temperament. I have always been drawn to the process of escapism. I find my own personal escape in education, meditation, people with beautiful auras, nature, animals, and tailored information. I find solace from books and the internet. 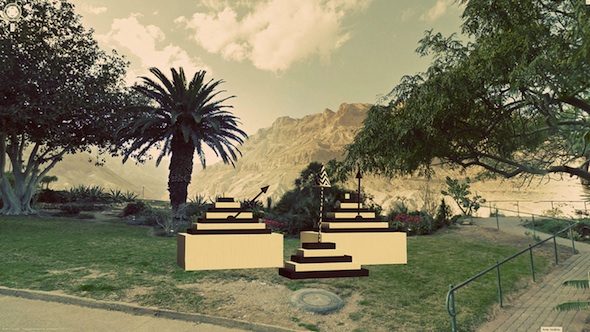 Angelo Plessas, Symmetry of Chaos // Courtesy of the artist

PR: Do you have a daily mantra?

AP: I have this on my desktop: “Stop chasing what you want, and let it come to you as a cat.”

PR: Your work seems to move between primitive spiritual guides and rapid social technology. How do you explain this to others who see it as a contradiction?

AP: Life is different than it was 15-20 years ago. I have learned to centre my focus on processes that are more functional, like merging life and work together. One of them is “spirituality”, which as a word I don’t like so much because in the West it has this “lifestyle” choice and colonial meaning to it. But if you go deeper than the word itself and really become spiritual, this is something that’s unbreakable. I have a techno-shamanistic fascination that opens up a lot of new paths for me and it makes my relationship with technology more human and meaningful. As a self-taught artist I am also intrigued by outsider and amateur forms of art-making so I could even describe this as an attempt for a “technological arte povera“. 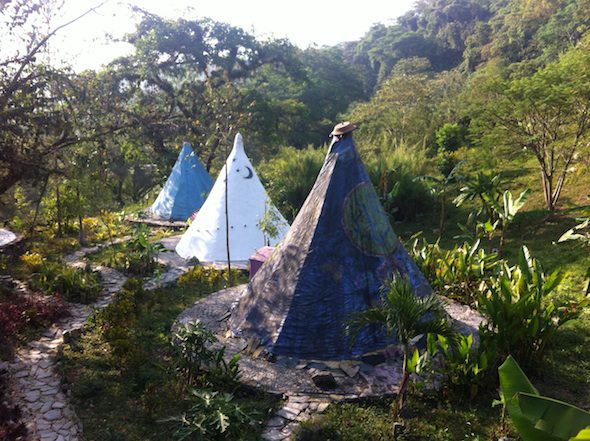 Angelo Plessas: The Camp Where We Stayed // Courtesy of the artist

PR: You seem to be a natural facilitator. How did the Eternal Bro/Sisterhood come about?

AP: Our lives are filled with non-pleasure and forced survival instincts in our post-capitalist societies. It’s difficult to face that everyday. You can burn out. Imagine living in Athens with no prospects, seemingly cut off from the contemporary world. At some point I thought to myself: “What am I doing here? Why am I here?” So I conceived a plan to create an autonomous way of making art that included forging new relationships between people and places, between labour and leisure, artist and audience—through nature. Nature is magnificent. It doesn’t care about you: it continues without you. This is so liberating. The idea of ETINTERBRO is that we blend together our own ideas and thoughts into other practices. We become healers, shamans, psychologists, topophiles and many more things we would never imagine or have any words for before.

PR: Can you give us any details of the next gathering?

AP: I am in the process of finalizing the site in a faraway place, which is seeped in ancient cultural heritage. I am thinking it might even be good to allow it to happen incognito this time. Exploring this heritage in a pure, natural way without posting anything. Because when you post something on the internet you kind of “neoliberalize” it. I don’t know if I will overcome this temptation. 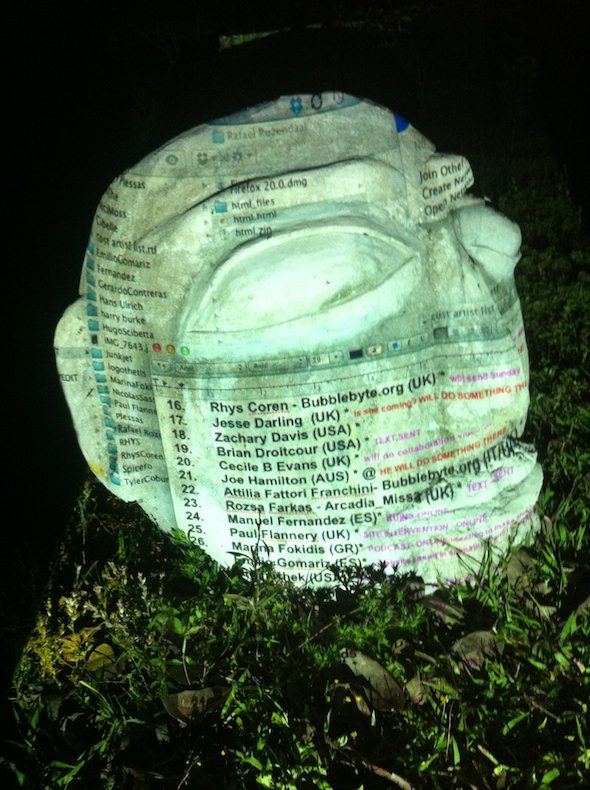 PR: If you could depart any knowledge on healing oneself for the future in 3 easy steps, what would it be?

AP: Actually just one step: we need to train our minds to be still and silent. Information overload is degenerating.