During a talk on linguistics and cognition, Noam Chomsky was asked about the limits of scientific understanding in relation to the mind. Could new discoveries push our understanding of the mind beyond the material? Chomsky’s reply was that as new discoveries accrue, the definition of what is “material” or “natural” expands. Chomsky had earlier discussed the legacy of Isaac Newton, suggesting that Newton’s own discoveries had made the notion of a “material” world completely unintelligible, yet the language and conceptual framework of science had proceeded as if materiality were still, like, a thing. Humans create categories for phenomena, but phenomena continues to play by their own rules even if our categories change. 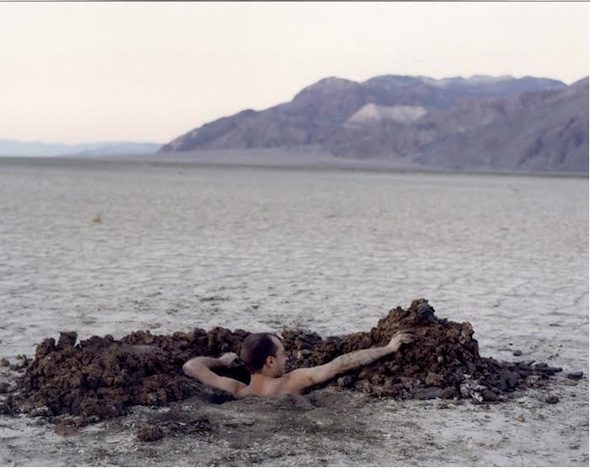 Science is perhaps the most effective intellectual tool human beings have developed for forming a coherent picture of nature and the world in which we live, but it is the nature of nature to short circuit our epistemological certainties. The current group exhibition ‘Fail Better…Eine Kleine Inventur’ at Adamski Gallery presents work by four artists all concerned with the nature of reality and our ability to understand and reckon with it. The resulting works speak of the difficulty, subjectivity, and slipperiness of knowledge, belief and understanding.

“What is true at first light can be a lie by noon,” Ernest Hemingway wrote; the artists in this exhibition, particularly the questing Joel Tauber, however, would perhaps expand the aphorism to much more Chomskyan proportions: “By nightfall, truth itself becomes a lie.” Tauber’s work in the exhibition —’7 Attempts to Make a Ritual’— explores his own religious experience as a means of knowledge. Tauber is seeking communion, joy, sublimity and terror in the world and he works to achieve these states in various forms of physical labour, in and upon the world. Tauber is seen digging holes in the desert, burying himself in a shallow grave as night draws in; few works so directly connect to the linguistic root of the word “human”: the Latin word “humando”, meaning “burying”. Tauber’s inward journey takes him to numerous sites of natural beauty and foreboding, including a group of caves in which he seeks, like Pope Celestine V, to find enlightenment in a darkness inscribed by nature itself. 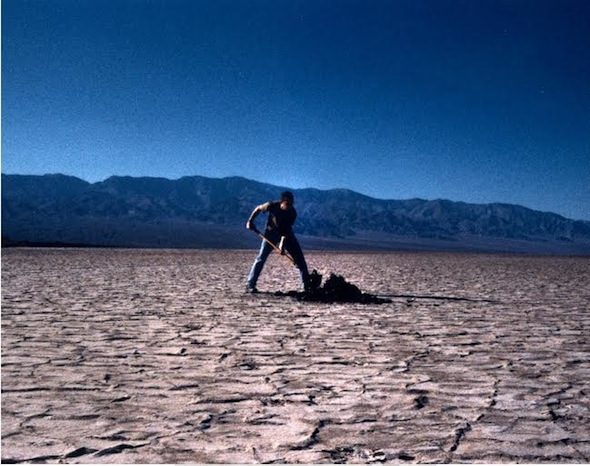 Frank Hesse’s ‘N-Strahlen’ is also concerned with the things science can tell us about the natural world, not least our capacities to deceive ourselves about the meaning of scientific experiments. In the work, a small speaker rests on a plinth, and, from it, a voice intones the story of René Blondlot, the French physicist who posited the existence of a theoretical form of radiation which he named the “N-Ray”. Blondlot’s story is a cautionary tale of the boundaries of science and the boundlessness of human credulity. When I originally encountered the work—the voice of Hesse’s narrator permeates the space and was slightly interfering with the soft audio of Tauber’s video—I found the black box somewhat laboured as an object; the proximity of the sound receiver and CD player made the work distinctly more material than felt necessary. A disembodied voice describing an elusive physical phenomenon would perhaps have been truer to the narrative that unfolded, but the story was a fascinating one nonetheless, and Hesse’s work kept me listening beside the black box until the tale ended and looped back to its beginning.

Standing before the row of three glass orbs filled with the component liquids of the explosive, nitroglycerin, suspended by steel cables from the ceiling of the gallery that constitute the work ‘Newton’s Cradle’ by Katja Aufleger, a deeper anxiety descended on me. Aufleger’s reference to the desktop device that relies on the contact and subsequent displacement of a set of spheres to demonstrate the conservation of motion and energy seems to already contain the act that would turn the work from aesthetic object into explosive device: the physical intervention of a human being. As with Tauber’s work, Aufleger’s ‘Newton’s Cradle’ serves as a reminder that humans are not simply “part of nature”, we are nature and nature is us, no matter how many distinctions we seek to draw. Bright lines to guide us through the world may be an appealing promise that certain branches of the sciences may seek, but reality is always much cloudier, and understanding has a habit of vanishing in the face of more knowledge and experience and confronting this awareness honestly, as the works in ‘Fail Better…’ seem to seek to do, is itself also only a beginning. As the Samuel Beckett quotation that the show’s title references suggests, one is always failing, but at one’s best, one can hope to fail forward. 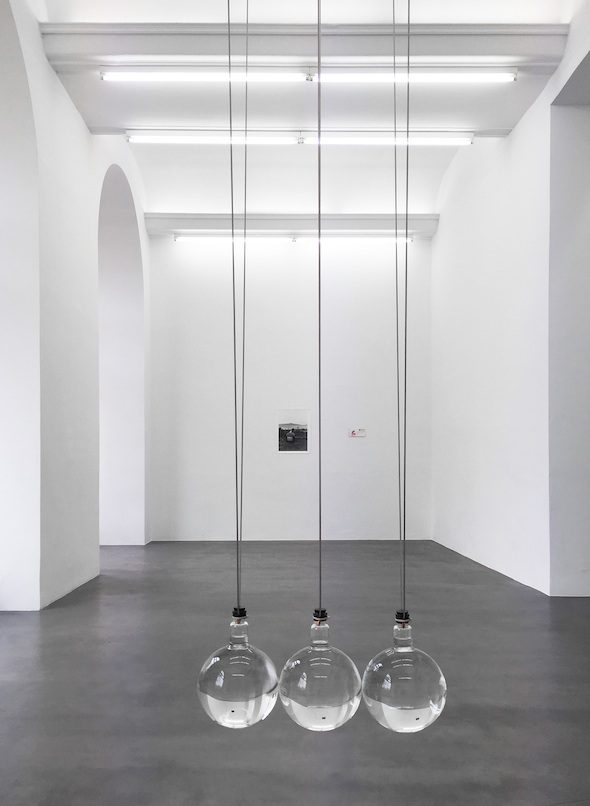