Most artistic work related to nature often has apocalyptic undertones. And rightfully so. If we don’t change our approach to the environment, we will continue to careen towards certain death. But just because a message is true doesn’t mean that we pay more attention every time we hear it. On the contrary; we become more desensitized the more the drum is beaten, and our respect for the messengers dwindles with every hearing, until it finally reaches an almost televangelist level. So when an exhibition like ‘NatureCultures’ is able to step into this maelstrom of cataclysmic prophecies with a measure of originality, it feels just different enough to be noticed.

The title of the exhibition refers to a term coined by the American scholar Donna Haraway, which tries to reconcile the concepts of nature and culture. It is under this banner that the curators, Regine Rapp and Christian de Lutz, explore the interactions between the human and non-human in the 21st century; from bizarre and oblique angles. 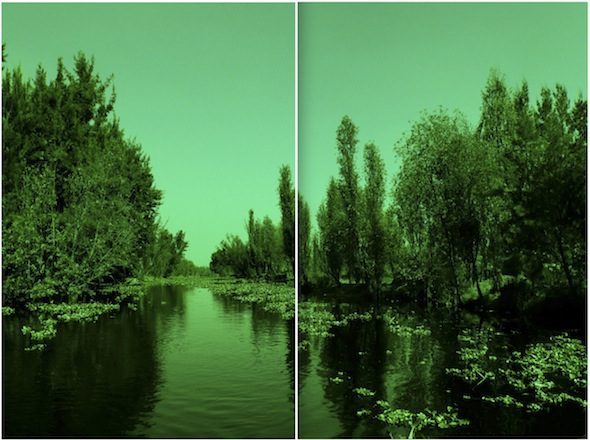 Nestled among genteel cafes in Mitte’s Auguststraße, the ‘Nature Cultures’ exhibition does not look very unique at first glance. It is framed by the same sterile white walls as all the galleries on the street. The difference comes in the subtle approach to the subject matter, the most eye-catching of which is a photo and video series by Katya Gardea Browne. It is a meditative journey through the waterways of Xochimilco in Mexico city. The film’s pace forces you to decelerate as it points out the drastic changes the megacity has undergone over the last decades. It is a city that was originally made up of wetlands. The images appear in single primary color filters—red, green or blue—giving the viewer both an accurate and impoverished perspective of the landscape.

Pinar Yoldas’ work on the other side of the room offers a whitewashed contrast to Browne’s colorful excursions. In ‘Regnum Alba’ she explores the occurrence of albinism as a mutation catalysed by environmental phenomena. Everything from crocodiles through to sharks and snakes appear in a dazzling white portrait, inviting conflicting reactions. On the one hand, the traditional association of white with purity seduces you into marvelling at the beauty of these creatures, especially the majestic lion. But then the idea of human accelerated mutation chides you back into “repentant sinner” mode. My mind immediately went to the recent reports of coral bleaching along the Great Barrier Reef. If the coral remains bleached for an extended period, it is likely to die. The northern region is already seeing mortality as high as 50% and damage to some reefs is expected to exceed 90%. In nature, white is increasingly the color of death. 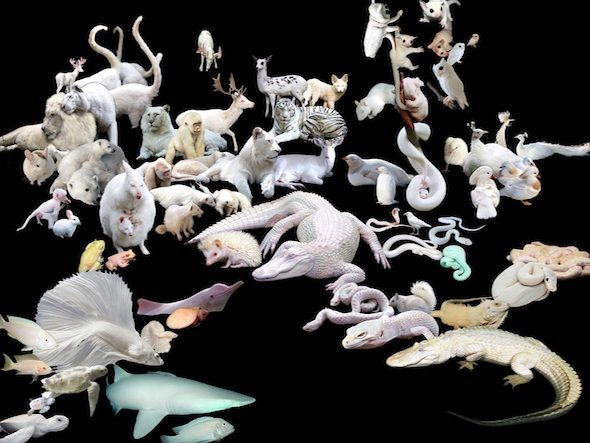 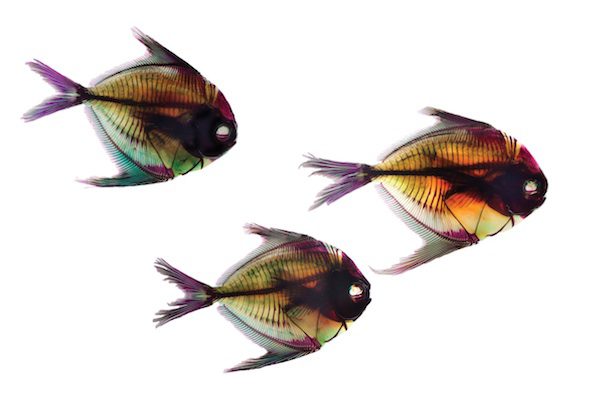 Biologist and artist Brandon Ballengée makes the space blush again with more colorful offerings deeper in the exhibition. His work, which looks into the eventual extinction of many amphibia, uses the historic chemical process of ‘clearing and staining’ specimens. Bones and cartilage are stained with vibrant colors while muscles are left transparent. He applies the method to deformed frogs, which he then blows up to the size of a human toddler to evoke empathy. The result is a confusingly beautiful and indeed sympathetic engagement with a quintessentially unlovable creature.

In a way it is sad that so many works about our interactions with nature end up being so cautionary in their tone. I guess the reality is that we, as a species, constantly need to be reminded of our sins and responsibilities. Fortunately, ‘NatureCultures’ fulfills that mandate in interesting and engaging ways.