For its second exhibition since opening in October 2015, the Aïshti Foundation launched ‘Good Dreams, Bad Dreams – American Mythologies’ at its contemporary art space in Beirut. Curated by the New Museum‘s Massimiliano Gioni, the exhibition is comprised of a vast assortment of established international artists and works from the Tony and Elham Salame Collection—including those by Dan Flavin, Kara Walker, Julian Schnabel, Glenn Ligon, Rachel Harrison and John Baldessari—which engage with and unveil mechanisms of American pop culture and its myths. The Foundation houses over 2,000 artworks collected in just over 15 years. CEO Tony Salame describes his interest in collecting American art, in particular: “Growing up in Lebanon, for me and for many people in my generation, America had come to symbolize an idea of freedom and power which was incarnated in a lifestyle we both wanted to embrace and refuse. So when I started collecting, it came quite natural that I would gravitate towards artists who equally celebrate and criticize the American dream.”

The well-attended opening, set in part on an outdoor terrace offering picturesque waterfront and cityscape views, filtered through the vast, high-ceilinged exhibition hall of the foundation’s hybrid space. Designed by British architect David Adjaye, the building features an aluminum red-toned façade—its translucent membrane layering geometric patterns in an intricate openwork that permits views of the surrounding landscape. Located in the East Suburbs of Jal el-Dib, the site is slightly removed from the bustle of downtown Beirut, accessible by a drive up the highway along the Mediterranean. The Aïshti Foundation is open to the public as a luxury shopping mall, art museum and social space, emerging within the broader context of the rise of private institutions founded by collectors as public exhibition spaces. 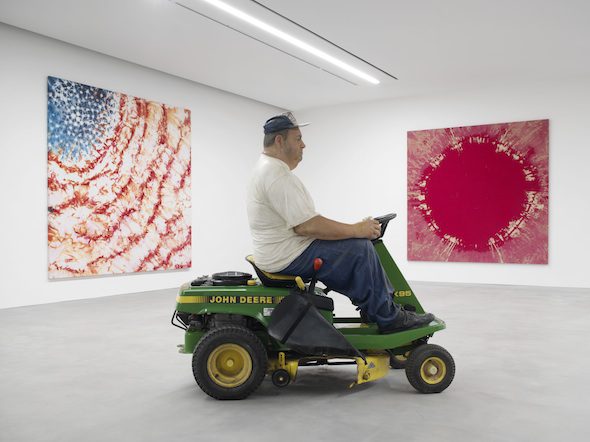 Focusing on works primarily from the first decade of the 21st century, the collection veers toward an international scope, though initiates a level of engagement with local artists and the city’s vibrant arts community. Merging these aspects, the foundation hosted a talk between Lebanese video artist and photographer Ziad Antar and American artist Doug Aitken, who is among the artists featured in ‘Good Dreams, Bad Dreams’, in an event preceding the exhibition’s opening. Antar discussed his current project, ‘Safe Sounds II’, which was produced in collaboration with Beirut Art Residency (BAR) and supported by the Aïshti Foundation. The installation is atmospheric and interactive, melding visual and sound components in a structure composed of wooden cages that hold bulbuls, a local bird. Each cage is precisely painted in three colors to form a unique pattern that visually interprets the three pitches of sound produced by the birds. The work is an ongoing intervention within Beirut’s soundscape, as visitors are invited to take the birds home, keep and care for them for three months and then set them free in a designated neighborhood that is known to be one of the city’s few remaining green spaces. The community project stages an integration of urban landscape and nature, physical environment and the cultural sphere, to effect a lasting impact on the dynamics of the city.

Within a pre-existing spectrum and legacy of long-standing arts institutions and spaces in Beirut, it will be interesting to see how the Aïshti Foundation further integrates with this prolific local art context. In a city populated by internationally active artists, an expansive terrain exists on which local collaborations can build upon this cultural
ecosystem. 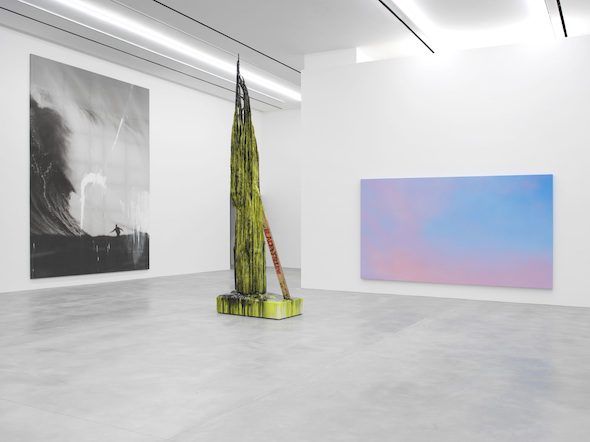