Gully Havoc—a Berlin-based platform for new sound, text and print—will launch its first instalment of an ongoing anthology of international writers in Berlin. The book, titled ‘Your +1’, explores the writing of international visual artists and musicians based in Berlin, who were brought together because of their unique relationship towards language. Their production of visual art and sound has given them non-linguistic possibilities for communicating and their writing, in many cases, mirrors their work as lyricists or artists. 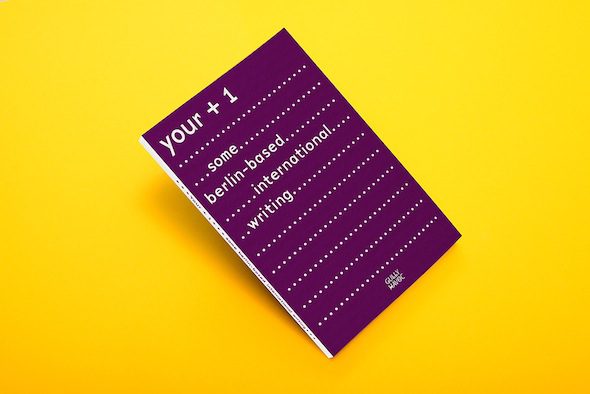 On Tuesday, July 26th at 7PM, Gully Havoc will present the book with a series of readings by selected authors at Bierstube Alt Berlin. The event will also include a concert by Crooked Waves.