“I feel the building and I are quite in sympathy with one another,” explains the lean and genial artist, David Thorpe, in his Moabit studio. “It feels soft as if thousands of shoulders and feet have rubbed and smoothed all the hard edges off the building. It feels very hand-made, odd proportions, dusty and peeling and a bit decrepit.” From the outside, the building bears a deceptively industrial appearance, the oversized entrance fitted with unvarnished wooded doors and weathered walls of umber and nude brick. The profile of the building gives much of itself away as the entire multi-storey structure’s depth is no more than four metres, making it no longer fit to be used as a production site for consumer goods. The cause of this is likely to have been wartime bombing. 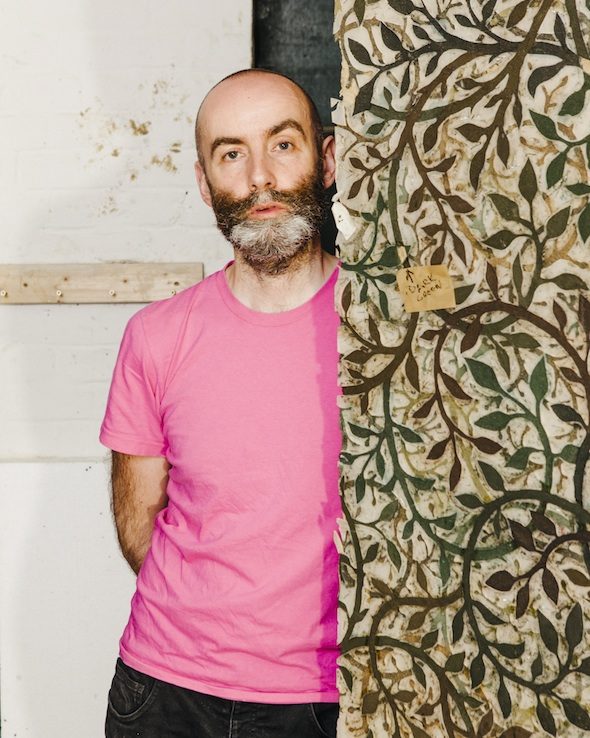 The interior is fitted with a tight and steep set of stairs, while the air is heavy with moisture and the scent of Thorpe’s natural materials including oak, sand, clay, and rabbit skin. In one of the bottom rooms, the artist stores the yet-to-be-completed, box-shaped ‘Beasts,’ as he affectionately calls them. Their earthy vine-inlaid surfaces press viewers up against the cool walls as they stretch their necks trying to get the entire perspective in the claustrophobically-arranged space. That’s the way Thorpe wants it. “I’d call myself a shy fanatic, but I think I was raised too polite, so I’m more of a shy stubborn person than a fanatic.” His words hint at the humming ideological debates racing through his mind—lending themselves to his work with political potency. In fact, he wants his work to confront its audience in the same way American Jazz singer Sun Ra’s persona acted as supportive “bridge” to some and abrasive “wall” to others. 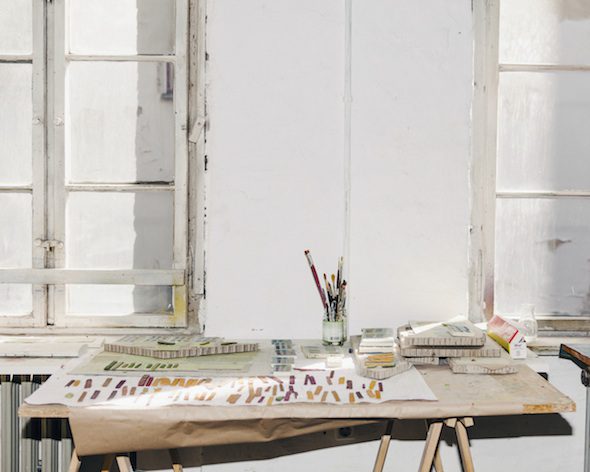 The artist aligns himself with some Marxist beliefs and actions. Three years ago he used to host a meeting group inside his atelier for readings and discussions on Marx’s Capital, though eventually the number dwindled until only the artists were left. For Thorpe, his work and relationship to the studio have helped him empathize with Marx’s critique of the commodification of the material world. The practice of artisanal creation has always been an escape and comfort to him, yet he’s felt at tension with his socio-political context within the industry. “I’m forty-four now, I do shows but I still have no money. I have no savings, no pension plan, no security. You have to live two to three months at a time. I’m aware I’d give up anything in order to carry on making art.” 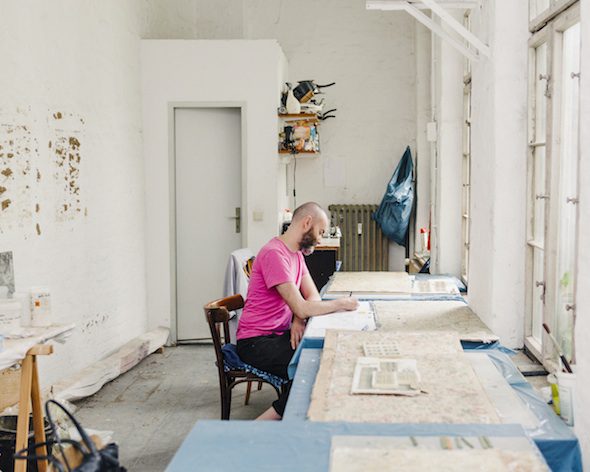 Thorpe combats these feelings of restriction in ways both personal and social. He takes to heart his politics of anti-commodification and imbues his creations with an attention to detail and the flexibility to attain the best possible outcome, which he describes as “love.” He hopes that the sheer power of his efforts gives his pieces an independence from the establishment he opposes—akin to how Sun Ra declared he was from Saturn, and beyond systems of oppression. For Thorpe, each work is even “an apology” to the last. The intention is that this dignifies and weaponizes his work enough to incite change. The sprouting motifs in his work have been reoccurring since the late 1990s, and yet the artist is still working on making them more rugged and imposing. Beyond his work, Thorpe supports his vision for the arts by sharing his and friend Björn Braun’s space with emerging creatives, such as Erin Hughes and Emma Pepworth. 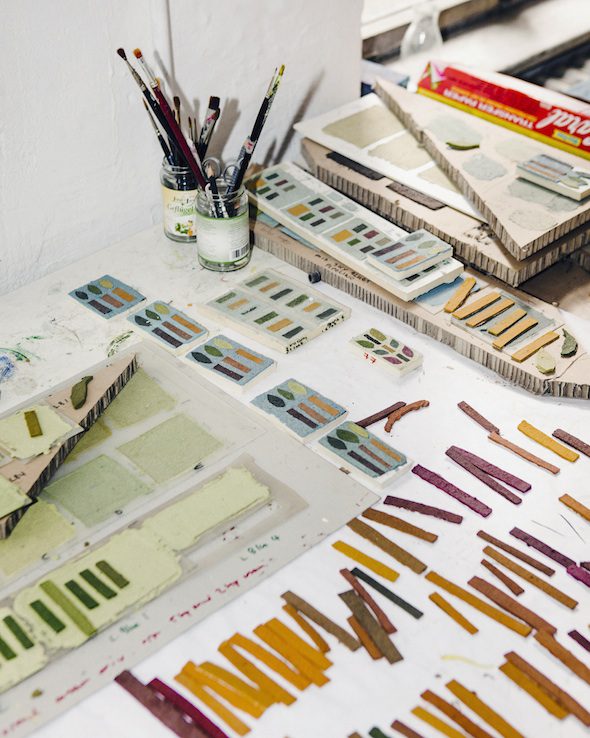 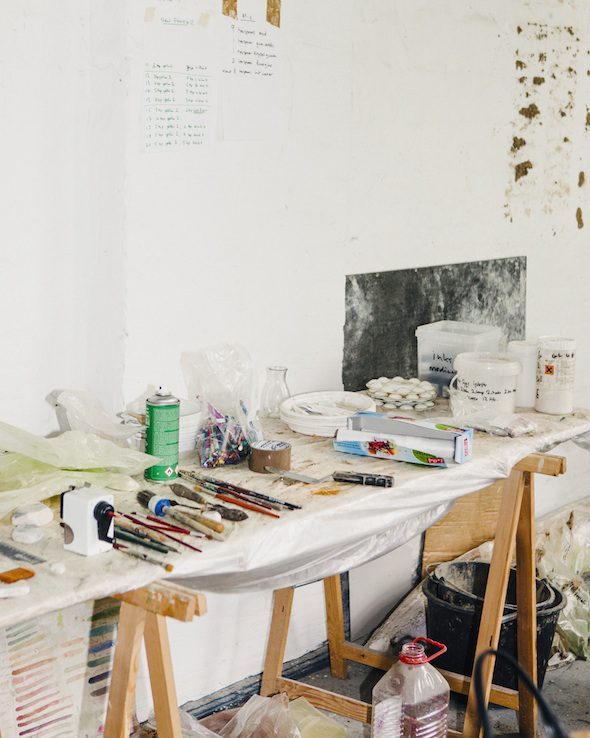 There seems to be a strange contradiction between the factory-style setting, which connotes the type of alienated labor the artist fights against, and the floral and natural content of his work. Having grown up in Southeast London, Thorpe explains: “all the nature I reference is not through lived experience, I have no experience of it.” Like the individuals who defined the creative culture in the period preceding Karl Marx—the Romantic poets—Thorpe’s work draws upon an idealized version of the natural world. Unlike them, his work does not feel like a lamentation. It’s clear that there is some kind of strength in the artist’s reclamation of this particular kind of space, where the fired clay building material of the enveloping brick and its integrity are weathered and pacified by Thorpe’s occupation. 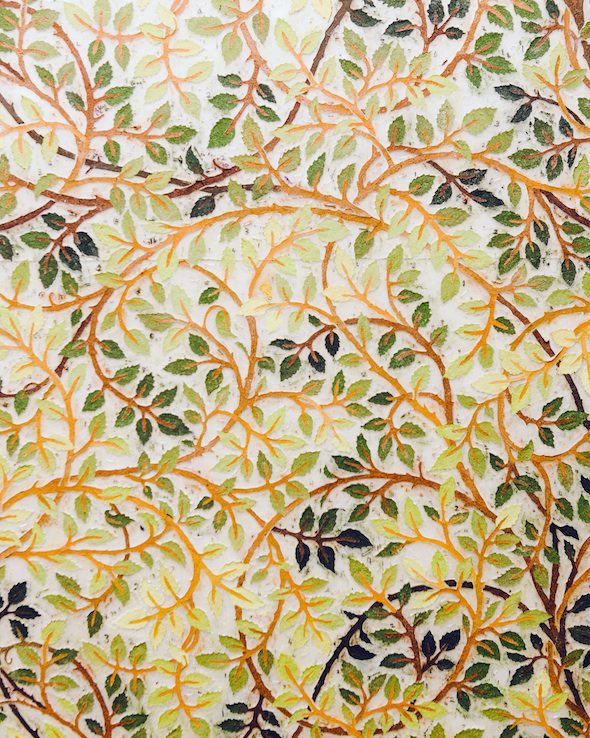 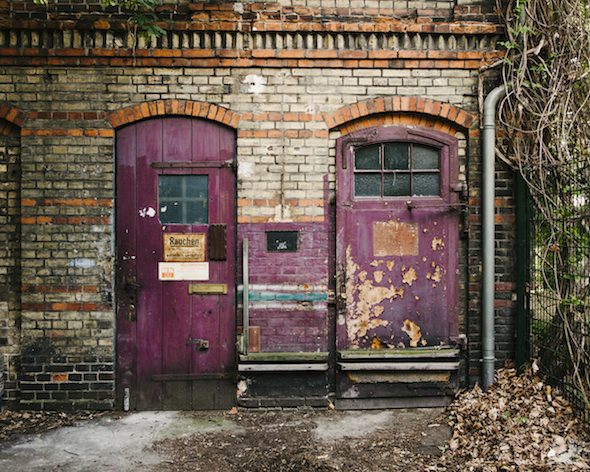 Moabit is the part of Berlin that somehow manages to avoid the various ripples of zeitgeist that flow through the rest of the neighbourhoods in the city. To some, it may be considered listless, but perhaps its character is better described as timeless—much the same as David Thorpe’s earthen works within his studio. The artist has metamorphosed a local industrial structure into a nursery, where he nurtures the lives of his botanical pieces as well as young members of the arts community. Through this presence his studio acts as something consistent, prodding at the facade of consumerism, beckoning for and setting the precedent of an increase in transparency and fairness in the processes of creation.