abc—art berlin contemporary has always held a unique position in the landscape of art fairs. Breaking the mould of the traditional art fair, abc has become a staple of Berlin Art Week and the Berlin art calendar by placing a refreshing focus on the artist and the presentation of artwork. Now in its ninth iteration, a greatly reduced abc took to Station-Berlin from September 15th-18th, during Berlin Art Week 2016. Exhibiting the work of 62 galleries from across Germany and around the world, with individual positions and curated projects inside and outside the exhibition halls, this year’s abc saw 30,000 art lovers come through its doors. 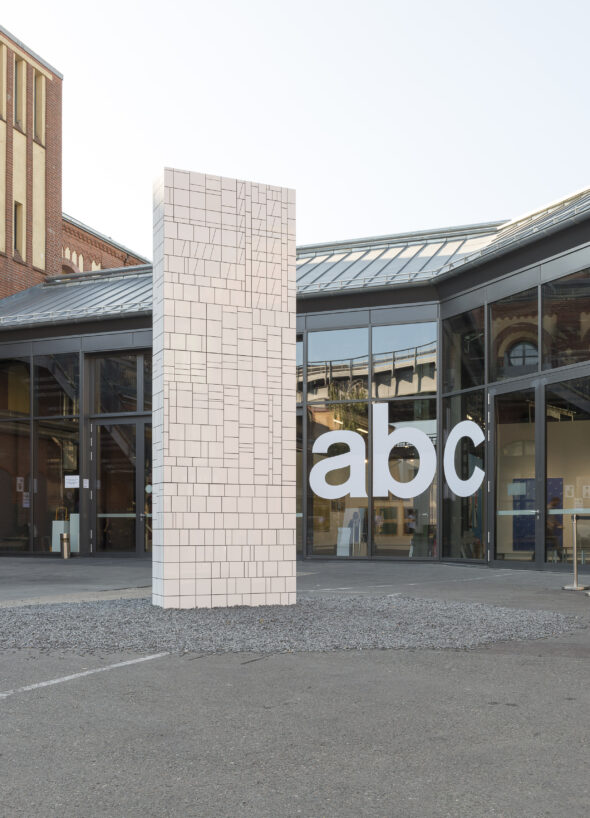 Whilst many art-fairs across the world are struggling to keep up with an ever-changing contemporary art landscape and a changing art market, abc seems to grow from strength to strength. Like all art-fairs, abc undeniably has a commercial perspective, representing some of Europe’s best known commercial galleries, brimming with art collectors, and charging punters anywhere between 14€ and 25€ a piece for entry. Yet beyond this, it aims to serve as a site for evolution and experimentation; a point where the art market, and the conceptual experimentation of the art world meet and play. 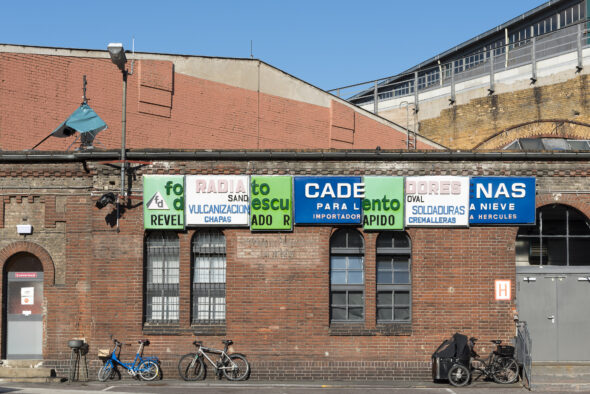 Its location, Station-Berlin—a building that has transitioned from train station, to post office, to hub “for experimentation and an openness to evolution”—is a central feature of abc. Each year, abc invites an architect to help configure and design the space, ensuring that abc never looks the same. This year, the Berlin-based architect Johanna Meyer-Grohbrügge designed an exhibition architecture that framed the presentation of the artistic positions in a clear configuration, while enabling open lines of sight. It is approaches like this that help evolve abc and the art fair format, playing a dual role in activating and responding to new ways of thinking and modes of exhibition.

This year’s abc included many of the usual suspects on the European gallery circuit, and some new kids on the block. Painted canvases were a rare sight, with time-based and site-specific works rising to the fore. Lisl Ponger‘s staged photographic light boxes beamed out from the booth at Charim Galerie, concerning themselves with issues of ethnology, travel and the influence of extra-European objects on the art of modernity. Not far from Charim Galerie, stood the work of art veteran Roman Signer, who exhibited selected photography from the past 40 years alongside a new sculptural work titled ‘Hose’, a play on his earlier photographic work, serving as a ‘time-sculpture’ that documents cause and effect. Across from Signer, Daniel Knorr‘s photographic laments of Europe’s lost wilderness were situated; black and white landscape photographs dissected by red lines and falsified text.

Several video works were on display at abc, including the work of the 2013 Turner Prize recipient Laure Prouvost and eight-member artist delegation GCC. Laure Prouvost’s installation at Berlin’s carlier gebauer gallery asserted its own space, installing a tapestry wall that enclosed the booth. The homely ‘room’ exhibited several intimate video works, interweaving objects around the space into the video pieces, subverting the line between representation and reality. GCC, an acronym that does not necessarily stand for but alludes to the Gulf Cooperative Council, exhibited a refined single-channel video installation of an augmented reality peek into a luxury Parisian hotel. Presented by Berlin’s Kraupa-Tuskany Zeidler, the work interlaced digital representations of everyday objects into the otherwise palatial building. 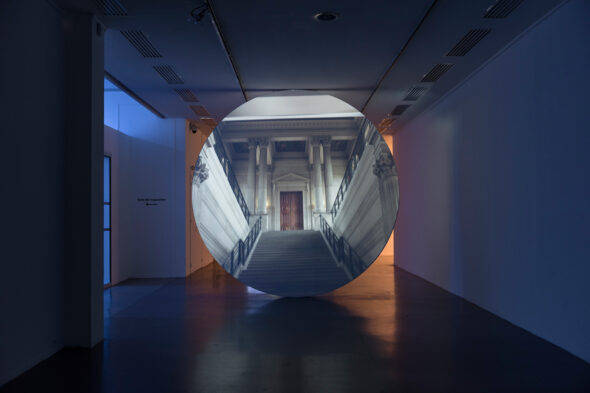 Other exciting additions included site-specific works and sculptures that played a central role in this year’s abc, filling areas in between booths and external spaces. König Galerie‘s Erwin Wurm exhibited alongside his iconic work ‘Curry Bus’, a series of newer, smaller sculptures that manipulate scale to great effect. Andrew Gilbert‘s staged installation for Galerie Sperling audaciously greeted viewers as they came through the main entrance, satirically interpreting the history of European colonialism, ethnography and the museum. Another standout at abc 2016 that gained significant public attention was the highly visceral and precarious sculptures of Mexican artist Jose Dávila. Represented by Cologne’s Philipp von Rosen Galerie, Dávila exhibited two of his most recent sculptures in a ‘state of rest’, a term referring to an object that is neutralised by the forces applied to it. In stark contrast to the scale of the fair, and many of the sculptures housed within, was the highly-considered and intricate work of Alexander Levy’s Fabian Knecht, whose handmade and enumerated thermometers, all showing the temperature reduced by 2° Celsius, concern themselves with the highly disputed goal of the 2010 UN Climate Conference.

Whilst abc has come to a close for 2016, many of its galleries’ exhibitions opened during Berlin Art Week will continue throughout September. To see what is still running, click here.