Art representative of digitalisation often begs the question of its transience and uncertainty. Despite this, Julia Stoschek remains its forerunning advocate. Identifying with new media’s moving image as a product of the era in which she grew up, Stoschek is a self-declared lover of time-based media art. Her collection of this art form holds remarkable significance in the endeavour to understand our personal, social and environmental relationships with digitalisation. In ‘Welt am Draht,’ 38 major works from 20 international artists have been selected from the Julia Stoschek Collection, including large video installations and contemporary sculpture. Exhibited at a temporary site in Berlin that stands as a satellite to Stoschek’s main Düsseldorf location, the works draw attention to the possibilities and doubts of our contemporary condition. 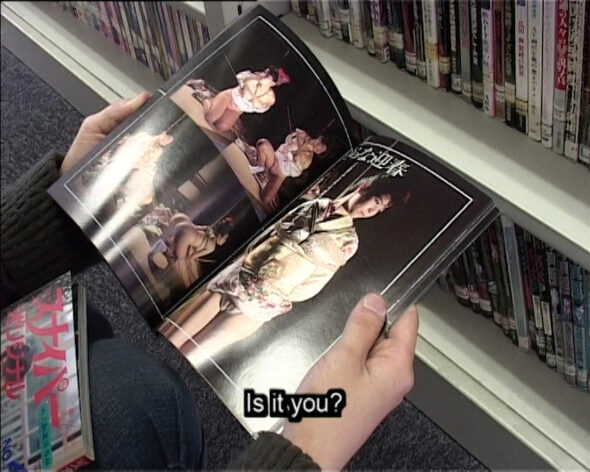 With the help of architect Johanna Meyer-Grohbrügge, ‘Welt am Draht’ anchors media-based art to a physical space, blurring the line between what is ephemeral and what endures. The tension of online privacy against digital surveillance is echoed in the building’s curtain facade, creating a fresh air of exclusivity for the artworks inside. Pieces from artists such as Britta Thie, Jon Rafman, Frances Stark and Wu Tsang are located behind divided walls, curtains and corridors. To enter a new space demands a reevaluation of our own position and environment. This seems incredibly revealing of our digital condition, emulating its confidence and constraints—it feels appropriate to enter a darkened exhibition room with the same impulse as an online chat roulette.

Works previously experienced on a laptop now hold impressive dimensions on projector screens, and ‘Welt am Draht’ often extends the potential of interaction to a further dimension. In Hito Steyerl’s 2007 short film ‘Lovely Andrea,’ filmed and found footage shows the quest for a photo of Steyerl tied up in a Japanese bondage technique, taken during her student days in late 80s Tokyo. The space utilised for its exhibition is a control room overlooking Ian Cheng’s live simulation ‘Emissary Forks at Perfection’ (2015), of which a view is offered through small square windows along the wall. This mirrored the discovery and distraction present in Steyerl’s film: the photo hunt narrative is continuously interrupted, and becomes exposed as a device to focus on wider issues of political control and dominance. With my attention diverted by the windows and the curiosity to find out if any of the control panel buttons actually worked, the metaphor was extended off screen. This attributed another layer to the visual reality, highlighting inner conflicts between the real and digital world. 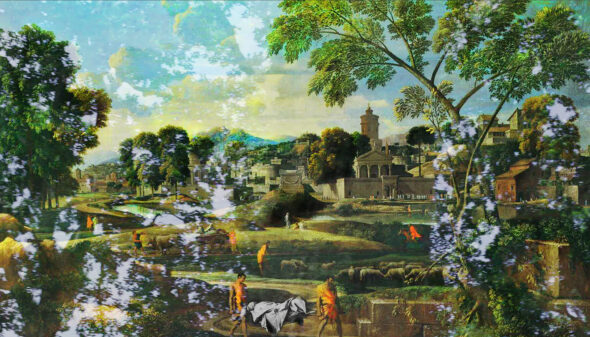 Stoschek has expressed the belief that the ephemeral, as a defining feature of our times, is best reflected in the moving image. In the video installation ‘A Minute Ago’ (2014), Rachel Rose demonstrates the use of contemporary audio- and video-editing techniques to meditate on a series of transient events. A clip of amateur film shows an ominous burst of hailstones over beach-goers in Siberia, overlaid with subtitles of those running for shelter crying, “It was perfect weather a minute ago.” This unease is extended through the continuation of those subtitles over later incongruous shots, which become a motif for the volatile character of life and change in the digital era. Subsequently, Rose collages imagery of an ancient civilisation with a hologram-esque blur of architect Philip Johnson taking us on a tour through his iconic ‘Glass House’ in Connecticut. Another shot shows a young deer with tender legs just about to collapse, but the animal remains suspended by a glitch that won’t quite allow the fall. Watching ‘A Minute Ago’ is a battle with our expectations of inevitability, and captures the uncertainty around the meaning of permanence today.

The exhibition enables a remarkable preservation of digitised identity and ensures that our hyper-evolving reality does not go unnoticed. Stoschek has faith in her understanding that “the most contemporary artistic expression manifests itself in the most contemporary media,” and through ‘Welt am Draht’ she makes phenomenal progression a bit more tangible.