For the 10th edition of the International Festival for Films on Art, DOKU.ARTS presents ‘Essaydox’, a selection of documentary films with a focus on the essay genre. Across the 21st century the essay film has evolved into its own art form, and particularly over the last 15 years it has been met with increasing interest in museums, galleries and the cinema itself. With influences lying in the work of Esther Shub, Hans Richter, Dziga Vertov and Chris Marker, the genre can be said to have originated in Europe. Now, ‘Essaydox’ brings to Berlin 22 films from 16 different countries, offering a range of international perspectives and capturing the potential of essayistic cinema. 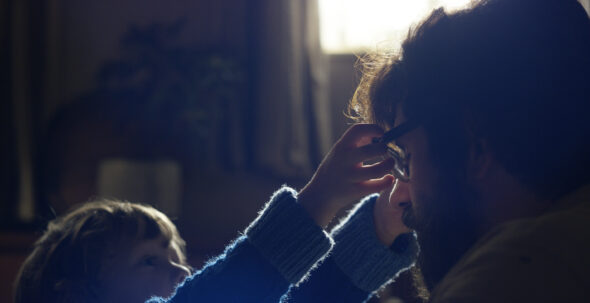 Central to this year’s programme is the theme of seeing, or the inability to see. The films presented in ‘Essaydox’ demonstrate numerous approaches to the idea with explorations of introspection, the philosophy of the moving image and engaging viewers with experiences of blindness. In the opening film ‘Notes on Blindness,’ Peter Middleton and James Spinney translate theologian John Hull‘s loss of sight into an understanding of vision and blindness as complementary worlds. Developed alongside the piece and to be presented at this Berlin premiere is the immersive virtual reality project, ‘Notes On Blindness: Into Darkness’.

Other highlights include ‘Black Sun’ by Gary Tarn, ‘A subsequent fulfilment of a pre-historic wish’ and ‘The fortune you seek is in another cookie’ by Johannes Gierlinger, ‘Call her Applebroog’ by Beth B, ‘Exil’ by Rithy Panh and ‘China Concerto’ by Bo Wang. Throughout the festival, many filmmakers will personally present their essay and documentary films, and numerous special guests are yet to be announced. ‘Essaydox’ is also hosting an International Symposium which will continue the focus on contemporary essay films, dealing with migration, (auto)biographies, literature and memory and perceptual processes.