Paint splattered, vibrant and wonderfully chaotic, Atelierhaus Mengerzeile is an oasis of creativity and artistic experimentation amidst the backstreets of a quiet and reserved Berlin neighbourhood. Founded in 1993 and located in Alt-Treptow, Atelierhaus Mengerzeile is a large artist complex that features studio spaces for both local and international artists who live and work in Berlin. The building is a complex labyrinth of studios, each of which radiates the unique energy and personal flavour of the occupant and the fruits of their artistic practice. Spread over four floors, the 2210m² property currently provides 38 artists with studio spaces for long-term rental, as well as additional spaces for visiting artists with short-term projects. In conjunction with their artist studios, Atelierhaus Mengerzeile also features open studio days and exhibitions in their onsite gallery, Kunsthalle M3. 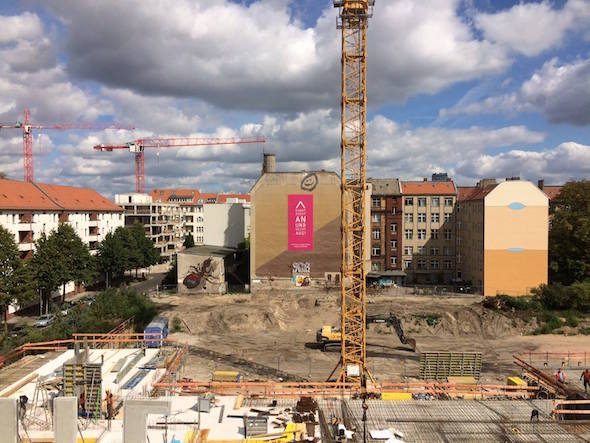 Built in 1908, the space served as the Hoepfner piano factory until 1956. During the Cold War, the site was separated into East Berlin through the erection of the Berlin wall and became part of the infamous ‘death strip’ that was unscrupulously patrolled by Soviet and East Berlin guards. Under the German Democratic Republic (GDR), the building was separated into East Berlin and utilised for administrative purposes, later becoming a sales and storage space for VEB German Records. In 1993, a group of 31 international artists migrated to the building after the lease expiry and eventual demolition of their former studio space on nearby Schmollerplatz. While the factory building had been empty for less than a year and was structurally sound, the space still required a large amount of repair and renovation work in order for it to function as a successful artist studio complex. The following year, the building became the official working space of the Mengerzeile Artists Association, where it has continued to nurture the creative practices of both local and international artists for more than twenty years. 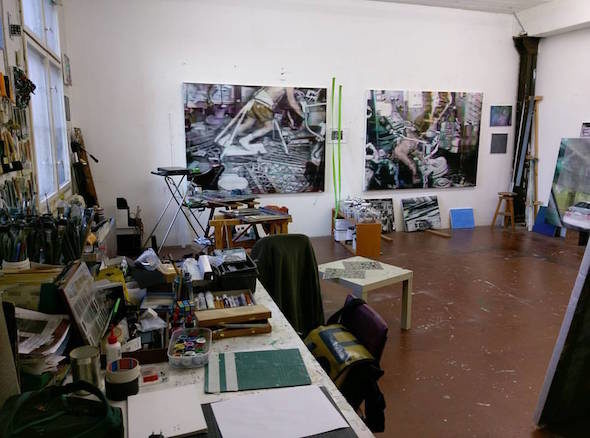 Atelierhaus Mengerzeile was founded with the aims of providing affordable studio spaces for Berlin-based artists, supporting national and international artist exchanges, providing a hub for culture in the district and promoting artistic and cultural infrastructure. The need for affordable studio spaces is a theme that is particularly important to Atelierhaus Mengenzeile and one which bears increasing significance given the changing landscape of the city in recent years. The rising demand for apartments and commercial development spaces in Berlin and increased interest by foreign investors has meant that creative spaces such as Atelierhaus Mengerzeile are increasingly vulnerable to eviction. In 2014, the year which marked the 20th anniversary of their creative endeavours, the artists of Atelierhaus Mengerzeile were faced with sudden eviction from their studio spaces. Intent on securing the future of the house as a cultural hub and dedicated space for working artists, Atelierhaus Mengerzeile gathered support from local politicians, the Berufsverband Bildender Kunstler Berlin and Michael Müller, the Mayor of Berlin, in their fight to preserve the house. The planned eviction was eventually halted and recently compromises have been made to accommodate the need for both investor and artist spaces on the site. Construction will begin in 2017. While such compromises have undoubtedly helped to secure the immediate future of Atelierhaus Mengerzeile, the encroaching wave of gentrification is a persistent concern for the future of many artist spaces in Berlin and poses a genuine threat to the cultural and artistic life of the surrounding neighbourhoods. 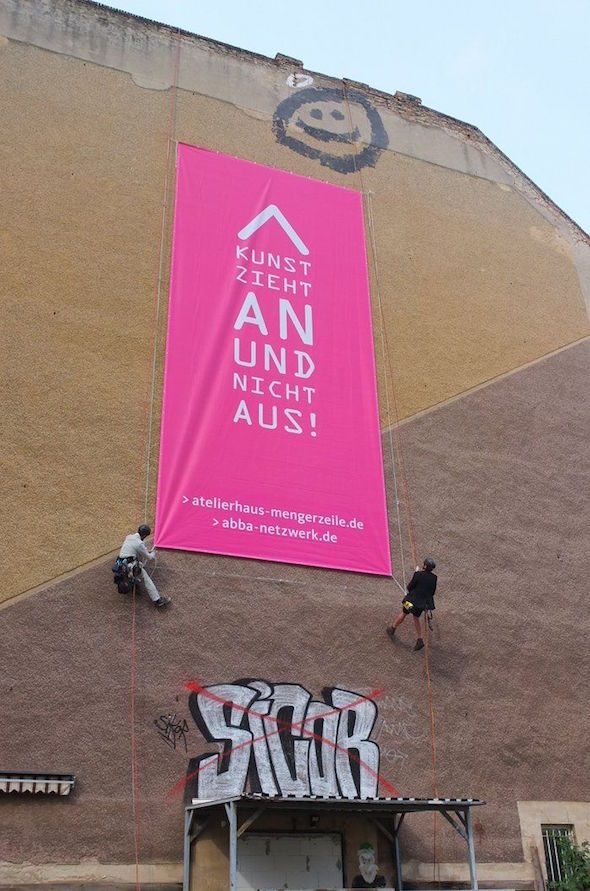