This autumn sees the opening of a solo show by Berlin-based, Georgian photographer David Meskhi. Thanks to Meskhi’s vertiginous play of ground and horizon in photos of Georgia’s national gymnastics team, we get a glimpse of the athletes suspended, if not in air than in an otherworldly concentration. 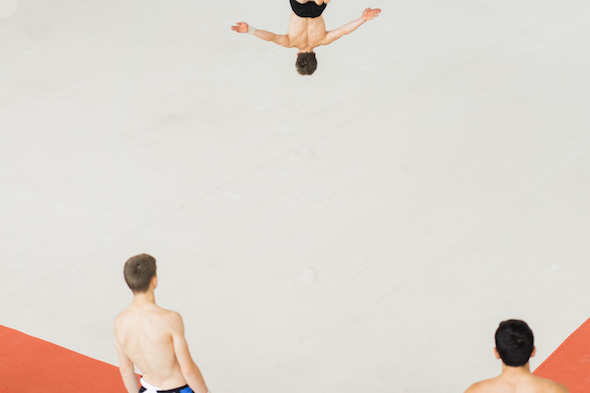 In addition to the exhibition, there will be a screening of ‘When the Earth Seems to Be Light’, a film which Meskhi co-directed with Salome Machaidze and Tamuna Karumidze. One of the skaters in the movie says of the capital city Tbilisi: “There are certain spaces where me and my friends exist, and we have to move quickly from one space to another, to not get sucked into the absurdity.” The film shows the “absurdity” he mentions (dense and flailing political riots, a crew of terrifying Orthodox priests leading the charge against an LGBT* pride demonstration), as well as the nooks and crannies of the city. With the roving skaters, we see Tbilisi in a “different light” or, in so many different lights: flares of molotov cocktails tossed against walls, stunning violet sunsets, fireworks over the skyline, glacial tones cast by a computer monitor against a face. It is in passage or motion that the swiftness, flash of humor, and fleeting texture of a miracle exists, a theme consistent throughout Meskhi’s body of work.

Nat Marcus: When you shoot video footage, do you employ different approaches to capturing light than in your photography?

David Meskhi: The approach is the same: looking for the perfect light and location. For photographs, it is a matter of waiting for the perfect moment and capturing it. But in video, the frame has its own dramaturgy; you follow a moment up to its culmination, but don’t stop there.

DM: Yes, and luckily for [When the Earth Seems to Be Light] I was shooting second camera: free-styling.

NM: “Free-styling,” I like that. Almost like you were afforded the same drift and momentary weightlessness as the skaters. But this seems to be a recurring motif or feeling in your work. Aside from the movie, your past photo collections are titled ‘Miraculous dwells in Still’ and ‘Higher.’ What is the role of flight, lightness, or motion in your practice?

DM: Being from Georgia, the “lightness” in these photos of youth is controversial. It’s not so easy as to describe Georgia as “dark.” Several wars in the past 20 years, so many changes of power: for young people, especially, it’s a very difficult place. In a way, the photos serve as proof of there being something different. 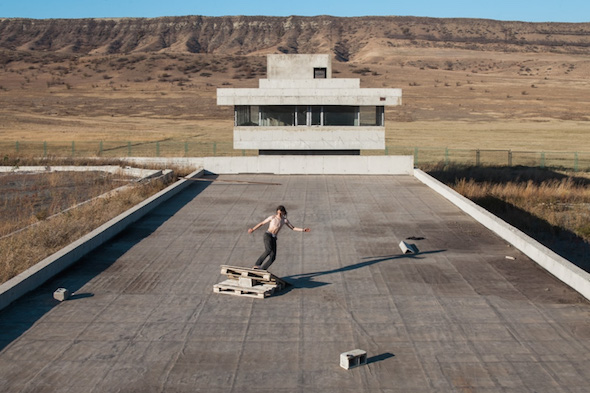 NM: It reminds me of what Italo Calvino writes on lightness: “Whenever humanity seems condemned to heaviness, I think I should fly like Perseus into a different space…I mean that I have to change my approach, look at the world from a different perspective, with a different logic…”

DM: When these guys are skating, jumping, they are cut off from reality. They’re in a different place, and I wanted to capture this.

NM: Is this the same disconnect you try to frame in your photographs of gymnasts?

DM: My father is a gymnastics trainer, so I grew up around it; at a certain point, I realized that these athletes caught the same movement as the skaters. There’s a similar charisma, too, of being caught between two worlds. After the Soviet break—Georgian athletes were on the Soviet team—the national athletes had to re-develop themselves. Same with the skaters, who have no cultural precedent in Georgia. They only see skate videos on Youtube, of people in LA or New York.

NM: So you see a connection between the East-West, post-Soviet cultural suspension, and the desire to be airborne, or at least subvert gravity for a moment?

DM: Possibly, but migration doesn’t fix it. I’ve lived here [in Berlin] for 7 years, and I still have this split world in my mind. 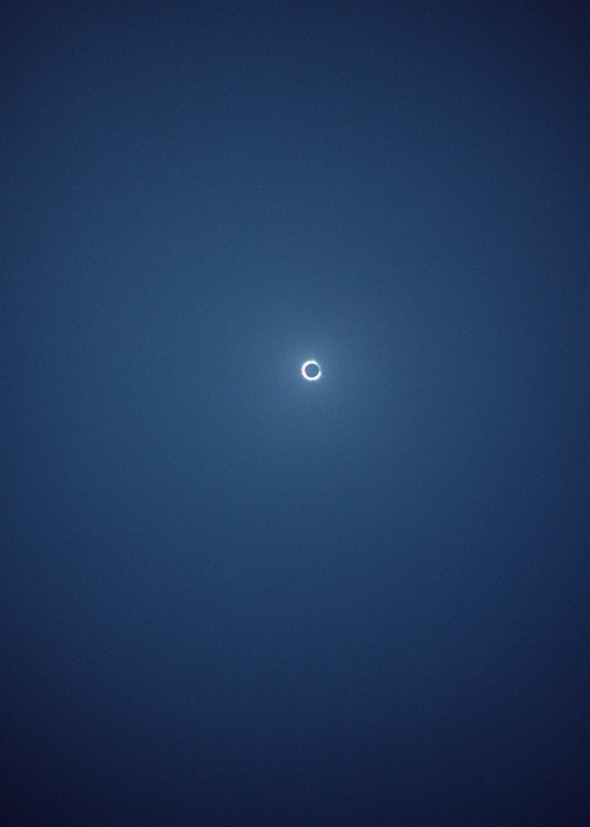 NM: As a photographer, do you notice a difference of light in Berlin versus Tbilisi?

DM: Yes, and one of the hardest things about moving to Berlin was the loss of light. When I first moved, I came in October, and didn’t take photographs for 2 years. Then I started forcing myself to, every summer. In Tbilisi you can have what seems like 20 hours of light at a time. 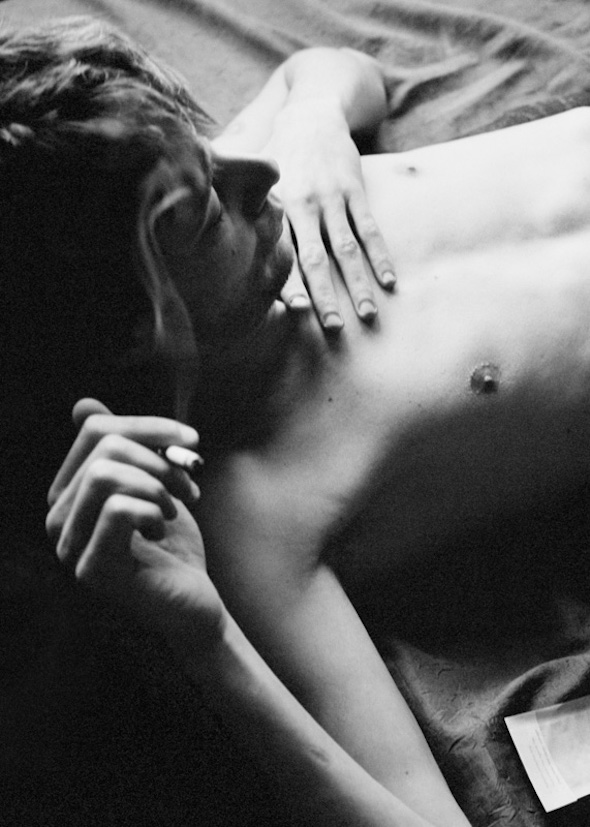 NM: What about the quality of the light itself is so different here?

DM: Light in Tbilisi is more cinematic (though maybe this is because I’m more used to seeing it in films). As always, I love the sunsets and sunrises, like at Tempelhofer Feld; in Tbilisi, though, there’s a slower gradation. All of my inspiration comes from Georgia, but I’m working hard on getting used to the light here.

NM: And finally, because this is one of my favorite things about ‘When the Earth Seems to Be Light’: do you think “light” in the title refers to the adjective – like, the opposite of heaviness – or the noun – actual light radiation?

DM: Actually, it was already the title of my photography series about young people in Georgia. Ten years ago I was interviewed in a Georgian photography magazine; they asked me when I most liked taking pictures, and I said before or after dawn, when things seem weightless. As the words for “weightless” and “light” are not the same in Georgian, a problem in translation produced ‘When the Earth Seems to Be Light,’ and I liked that in English it could mean both things.