Contemporary Australian photographer James Tylor uses the haunting beauty of 19th century photography to wage a quiet yet defiant war against the loss of traditional Indigenous Australian culture due to European colonisation. As an artist with diverse Aboriginal, Māori and European Australian ancestry, Tylor primarily uses his practice to examine themes relating to his own cultural identity in contemporary Australian society and social history. In ‘Un-Resettling’, the artist’s first international solo exhibition, Tylor explores the paradox of attempting to practice traditional Indigenous cultural activities in natural landscapes that are designated as protected public spaces under Australian Government law. Held as part of the European Month of Photography, the exhibition has been curated by Michael Dooney, co-founder of the Jarvis Dooney Galerie, an Australian and New Zealand photographic gallery based in Mitte. 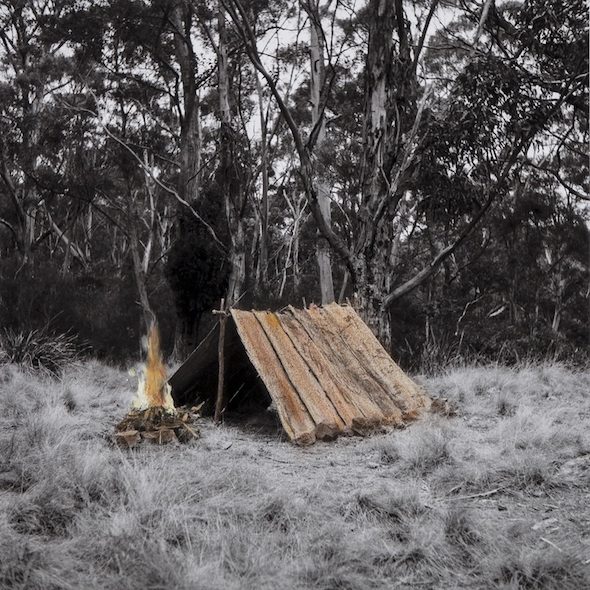 ‘Un-Resettling’ features a series of photographic works that have been staged in national parks, conservation areas and recreational bushland across Australia. The works depict various traditional Aboriginal dwellings, rituals and objects that Tylor has crafted and placed in these protected natural spaces, often in defiance of the rules and regulations surrounding their use by the general public. The series highlights the frustrating paradox for Indigenous Australians who are hindered from performing traditional cultural practices in the lands of their ancestors, due to the colonial powers that shaped contemporary Australian laws. On a much darker level, the photographs also acknowledge the uncomfortable colonial narrative of the removal of Indigenous people and the suppression of their culture, the negative effects of which are still being felt by Indigenous people today. By placing traditional Aboriginal dwellings, rituals and objects back within their traditional settings, Tylor’s works serve as a poignant reminder of how the landscape was used and appeared prior to European colonisation. 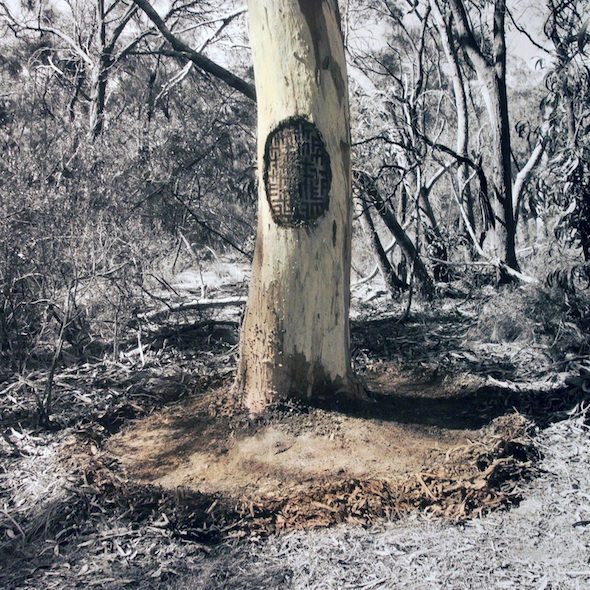 In his artistic practice, Tylor uses a hybrid of analogue and digital photographic processes to create works that reference both the past and the present. While the scenes are captured in black and white using the objective and scientific lens of photography, the artist’s use of hand colouring deftly places the materiality and human crafting of the dwellings, rituals and objects at the forefront of each photograph. Light strokes of dry pigment draw the viewer’s attention to the performance of culture within nature, thereby underscoring the need for Indigenous Australians to have unhindered access to traditional theatres of cultural significance, ritual and activity. While the works undoubtedly provide photographic documentation of a recreated past and mourn the loss of traditional culture, they ultimately serve as a poignant reminder of the living culture that is being practiced and performed by Indigenous people in contemporary Australian society. 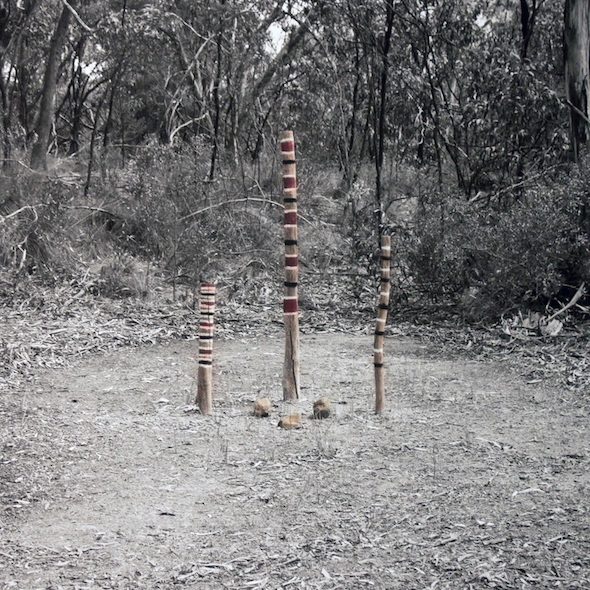