In addition to their robust live program of electronic music, 3hd Festival 2016 also included a lecture by musicologist Adam Harper. Harper offered a contextualised view on recent trends in electronic music and put forward—in line with 3hd Festival 2016’s overarching theme ‘There is nothing left but the Future?’—his thoughts on where the sounds of tomorrow may take us. 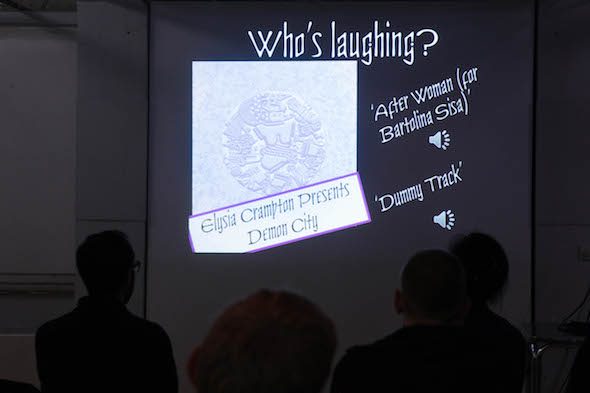 Harper inaugurated his lecture with the analysis of a particular sound; laughter. With the use of a sound file drawn from Wikipedia’s definition of laughter and an image by 3hd artist WangNewOne, he illustrated how laughter can trigger a series of conflicting sensations and complex emotional responses. With this in mind, he demonstrated how the sound of laughter is used in the wacky, experimental music of composer Elysia Crampton. Particular attention was drawn to her tune ‘Dummy Track’, in which a low-pitched cackle becomes integrated into the rhythm of the music. A detailed analysis of this specific track followed with the presentation of a selection of theories that answered the candid question ‘Who is laughing?’. Themes of good versus evil and the role of the bad guy were interwoven into his deliberations, and electronic music as a whole became characterised as a space for experimentation and a place to freely engage in battle.

In continuation of this line of thought, Harper argued that the use of laughter in music can provide for the creation of dystopian or utopian worlds. Ambiguous music hereby becomes by definition futuristic, as it conveys a sense of the future through its celebration of difference or its refusal to adhere to current conventions. However, Harper argued that although perhaps progressive and liberating, ambiguous music also becomes ripe for misinterpretation. He indicated the dangers of a misunderstanding of this sort with the potential for using what had been conceived as rebellious, counter-culture music for right-wing, political goals. He extended his argument to a suggested impossibility of conveying irony within music. He noted that, just as sarcastically re-Tweeting Donald Trump acts as an endorsement of the politician rather than a disarmament, ironic music, especially when placed within the limitless realms of the internet, will not necessarily be read as intended. Thus, due to its obscurity, music that is composed as a mockery of something else may ultimately contribute to the objective that it is actively attempting to counter. 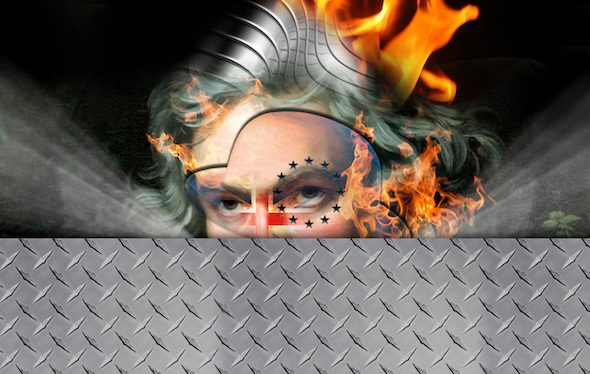 As a final thought, Harper conveyed his view of a perhaps somewhat utopian future; a ‘better world’ was sought with the posing of a series of poignant questions. Referencing his essay ‘Joy 2016’, he sketched an ideological framework that is to be moulded by underground culture in the years to come. The sentiment of activism and positive social change was later continued by sound artists Claire Tolan, Antye Greie-Ripatti and Lotic in the panel that followed. Ranging from the extremes of whispering to shouting, these artists presented their recent works regarding social justice and communal wellbeing. Harper’s lecture thus laid some of the groundwork for the festival’s continuation and, in itself, offered an insightful and thought-provoking perspective on the future of electronic music.