Roland Barthes expressed that “the Photograph does not necessarily say what is no longer, but only and for certain what has been.” Through the photographic and sculptural works in ‘Unnecessary Warsaw Correspondent,’ Katharina Marszewski presents a meditation on her recollection of the past. The solo exhibition at Exile contemplates the artist’s migration from the city of Warsaw, and her own understanding of ‘what has been.’ 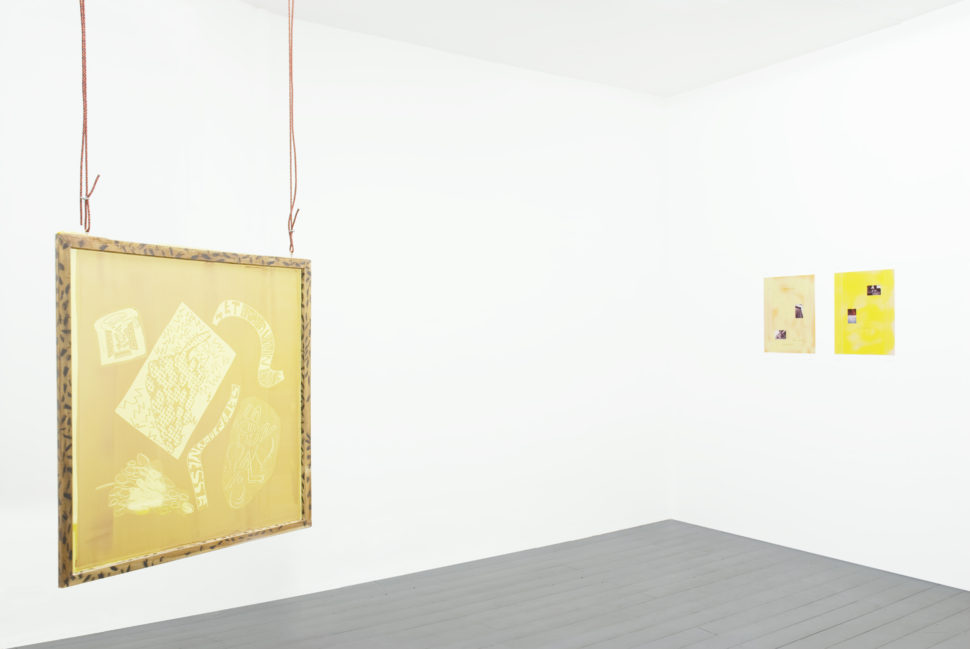 In reference to Warsaw, Marszewski explains: “The city I couldn’t live in became my muse.” It is clear that her migration is characterised equally by the retreat as the return, with the artist adopting the role of a fictional correspondent for the city. She assembles 15 years worth of collected visual material, initially intended as the personal documentation of Warsaw as her muse, rather than for exhibition. ‘Unnecessary Warsaw Correspondent,’ as a result, imitates a scrapbook or chronicle excerpt as the artist documents her process of remembering and reflection. 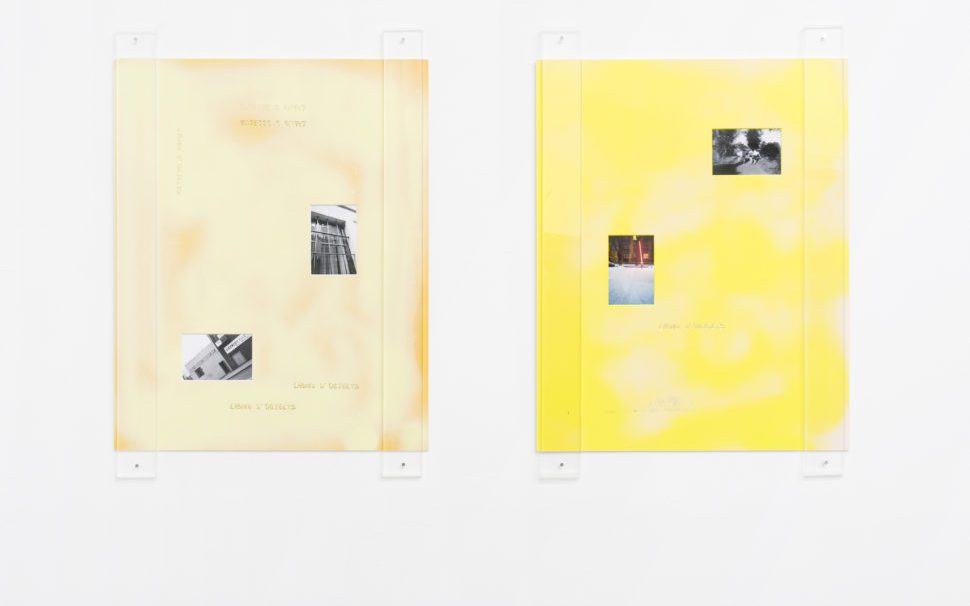 Marszewski presents a tension between factual recount and her own construction of Warsaw, placing the photographs and sculptures somewhere between art and artefacts. Her photographs, composed in sixteen sculptural tableaux arrangements, adopt a 7x10cm format conventionally used for the preview of developed film. Mounted in passepartout and sprayed in burnt yellows and pastel pinks, her photographs are suspended against the wall under delicate, barely visible strips of plexiglass. It becomes apparent that the candid images—depicting objects, places and people—are interchangeable in their setting: her narrative is not fixed, and with this arises a sense of withdrawal and fluidity, similar to that of her migration from Warsaw itself. 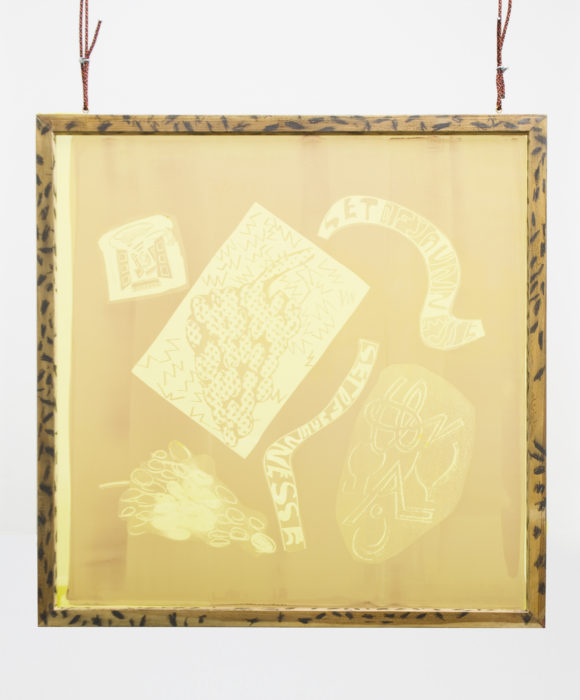 As a somewhat fairy-tale correspondent, Marszewski collates ‘what has been’ with a certain detachment, making her story simultaneously personal and impersonal. This can also be interpreted through the incorporation of ‘found object’ sculpture. Her piece entitled ‘Widok 19’ is an exposed silkscreen, hung from the ceiling in the middle of the room with thin red climbing rope. This method of suspension reflects Marszewski’s resourcefulness in the creation of her role as artist/correspondent. The involvement of her hand is present through the craft this sculpture represents, and in the tactility of the wooden frame and already inked screen. The screen has been used to print illustrations and playful lettering of the phrase ‘Set of Jaunesse’ on the opposing wall, through which Marszewski explores the French words ‘jeune’ (youth, a time of resistance) and ‘jaune,’ meaning yellow. 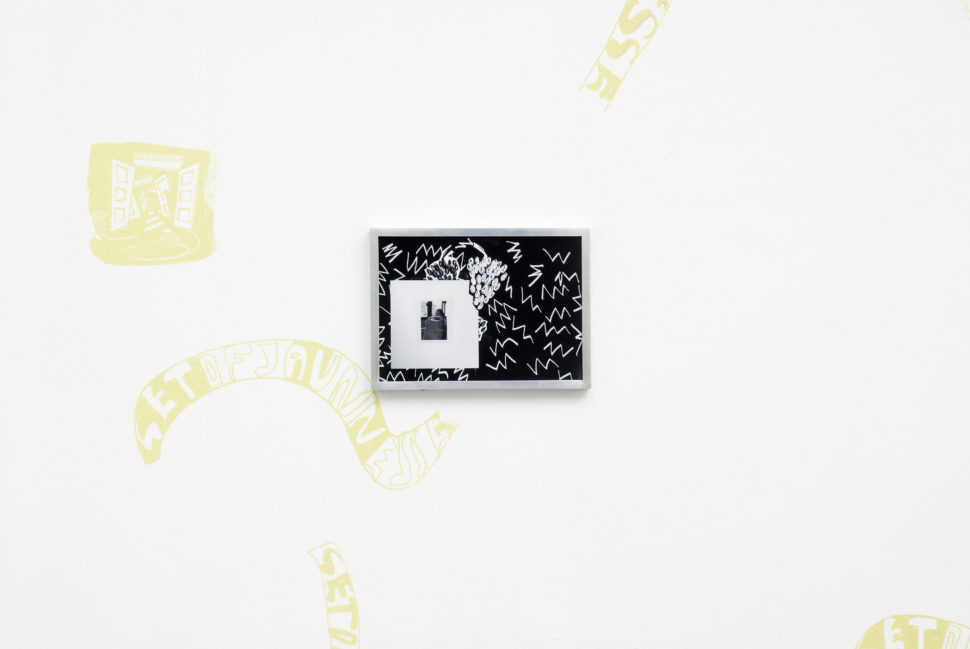 The use of this colour in ‘Unnecessary Warsaw Correspondent,’ particularly in the illustrations printed on the wall, appears vague and washed out, characterising the ambiguity in Marszewski’s representation of the city. The artist is not attempting to tie together an objective impression of Warsaw, apparent through the declaration that her role is ‘unnecessary,’ and the breathing space granted through a loosely defined narrative. Certain visual signs of Warsaw are present, enough for a viewer to recognise it as lifted from her photo album, but the exhibition reads as a series of bearings that could hold coordinates in any place of the past. 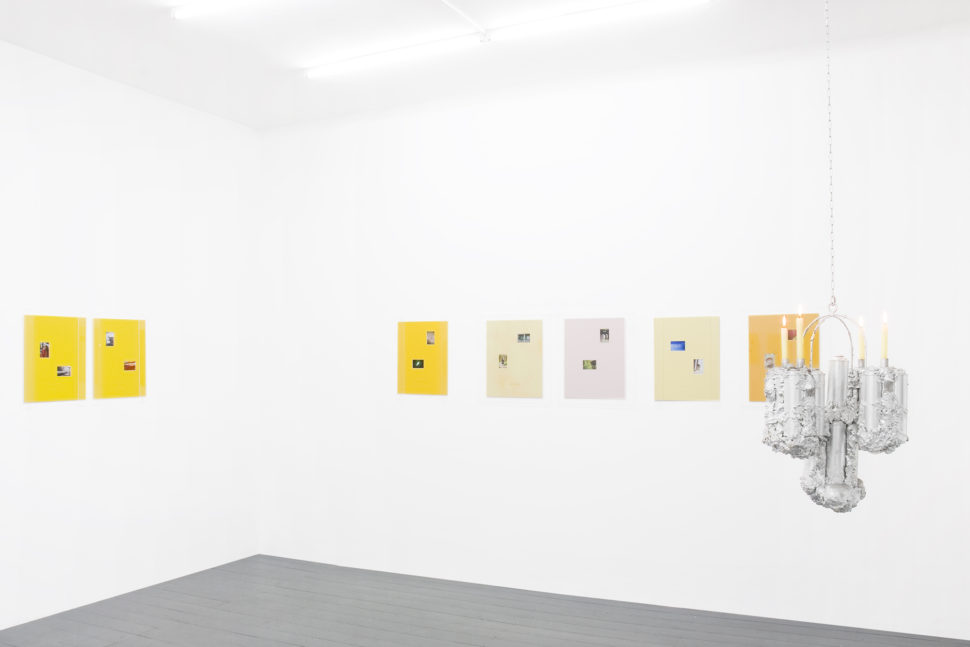 Marszewski constructs a version of Warsaw that conceptualises the harmony now realised in the city from which she migrated. In this way, the exhibition speaks of her coming to terms with what has been. It encapsulates a somewhat universal journey of growing up and moving on, in which Warsaw reveals itself as Marszewski’s artistic (and perhaps inevitable) point of return: as the place she didn’t want to forget.