The textual, alphabetical characters spelling out subtitles also become acting, narrative characters in the films of Berlin-based Amelia Umuhire. As self-taught director, Umuhire represents the Afro-European experience in her work; thus the passage from spoken Kinyarwanda or French to English text signals the experience of another migration, another multiplication of identity, a deeper fluency with code-switching.

Subtitles are only one of the many elements of movement and transition in Umuhire’s filmic universe. ‘Polyglot’’s three episodes, which follow the lives of Babiche Papaya and her brother Roger in Berlin and London, have been widely acclaimed and shown in several international festivals—a testament to this filmmaker’s ability to mobilize resources (the first season was made with no budget and released on Youtube). ‘Mugabo’ portrays a character’s return to Kigali after living abroad for 20 years, and proceeds from black and white shots to color, text to speech. In the experience of contemporary blackness she portrays and the manner through which she chooses to circulate her work, Umuhire’s practice reminds me of what Franz Hessel wrote of Berlin in the 1920s: “always on the move, always on the point of turning into something different.”

Nat Marcus: What’s the process of deciding on music for your films? From the grime with dub samples in ‘My Own’ (‘Polyglot’’s third episode), to the Korean piri translated to the Western oboe in ‘Mugabo’, the sonic landscapes play a huge part.

Amelia Umuhire: For me, the music dictates the editing pace and adds another layer of storytelling. Vehda’s music sets the tone for ‘My Own’. We met up in London and Vehda played us some of his tracks and Afrikan Boy, Babiche and Roger joined with their incredibly beautiful lyrics, while Ferhat was capturing it, and I put it together at the end. It was like art lasagna. Vehda’s music is so multifaceted. I loved editing to it because it is very visual and full of beautiful sonic references and metaphors.

In ‘Mugabo’, I chose Isang Yun‘s ‘Piri’ after I had edited a raw cut I didn’t like and was losing the connection to the images. I heard the track live at an event; the story behind it—which is that he composed it while imprisoned in South Korea, his home country—is one of exile and true heartache, and resonated with ‘Mugabo’’s plot. 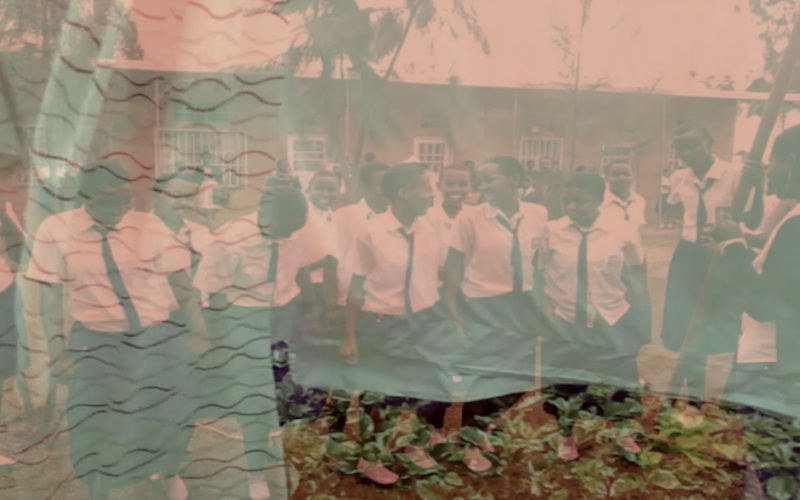 NM: Your sister is the artist and poet Babiche Papaya, which is also the name of a main character (played by your sister Amanda Muksasonga) in ‘Polyglot’; Roger Jean Nsengiyumva acts as her brother named Roger in the third episode; and you act in ‘Mugabo’ (which opens with a quote from Babiche). How much do you delineate fact from fiction in your work, or life inside vs. outside the frame?

AU: My life has been influenced by a lot of political events, by migration and loss, so my work reflects on these topics a lot. Our lives become the setting and also allow a deeper understanding of the work.

About the names: it’s a widespread practice to keep the actor’s name. Issa Rae, Louis C.K., Ilana and Abbi in Broad City do it. But also, when I started thinking of names for the characters, I found myself trapped in a very narrow thought process, projecting ideas of identity onto names, thinking of what kind of name a girl from Rwanda with Amanda’s background would have, and a lot of the names I came up with were names of people I already knew. I didn’t want to cause any confusion.

NM: One thing I loved in ‘My Own’ is that we are introduced to Roger wearing the same jacket-hoodie combination as his sister Babiche in the first episode in Berlin, and they are both speaking on the phone. And in ‘Mugabo’ as well, we have these shots of the characters looking out windows of moving transport – a motif, but also a kind of spatial and temporal echo.

AU: I’m so glad you noticed the jacket in episodes 1 and 3. The idea behind it was to have this brother, who is another version of Amanda. They grew up apart from each other, but their lives have been very similar. When Roger is riding through town, Amanda has left and he is looking back at the time they spent; she left him the jacket and also gave him the episode in a way.

Living in big cities, public transport plays a huge role in our lives. It’s where the city shows its many faces. It’s where hostilities and tension arise; it’s where you are hyper-visible and invisible at the same time. As a black person, public transport can be very triggering, and at the same time, it’s also a place of beauty and solace. The day after Trump won, I was riding around town in the M29 bus and it was quite full and all these different people were just so close to each other. I felt some sort of solace knowing that we’re not as divided as some make it seem. The phone thing is because it is our reality, mine anyway. I can go for days without speaking to anyone face to face, just on the phone.

NM: You’ve said before that ‘Polyglot’ is most broadly about the question of what a home is, so how do you define this often-contested, always-incomplete concept of home?

AU: Man, I don’t know. It changes every day. Sometimes it’s a city, a country or the Internet. It’s a never-ending relationship; depending where you come from, it can be an abusive, loving, nourishing or ugly relationship. Right now home is Kotti, but in a few days I’m going to Rwanda, and as soon as I get there I know I will feel at home.

Home is where you feel you belong, but the sad part about migration—and especially the racist double standards that define who is allowed to migrate freely and who is not—is that it’s not the immigrants who get to decide if they belong anymore. You fight hard for it and work your way up so your children can belong, and even after decades you can still be voted out by the majority. It’s frustrating and frightening.

NM: As a filmmaker and director of a web series, what is the relationship between your use of the medium and how you choose to circulate your work?

AU: The Internet is my main source of content, where I can educate myself and where I found myself represented the most. If I could, I’d have all my work out there, because to me there’s no need for exclusivity. I chose to have ‘Polyglot’ on Youtube because it’s where a lot of people my age go for content. The series was then screened at various film festivals: at the Tribeca Film Festival in NYC, several festivals in London, France, Berlin, Atlanta, Geneva. It screened at the Victoria and Albert Museum a few weeks ago and at an African community festival in Peckham, London too. I like that it came from Youtube and has been shown in all these different spaces that are meant to be prestigious and exclusive. It just shows that art really can transcend institutions, and therefore class and race. 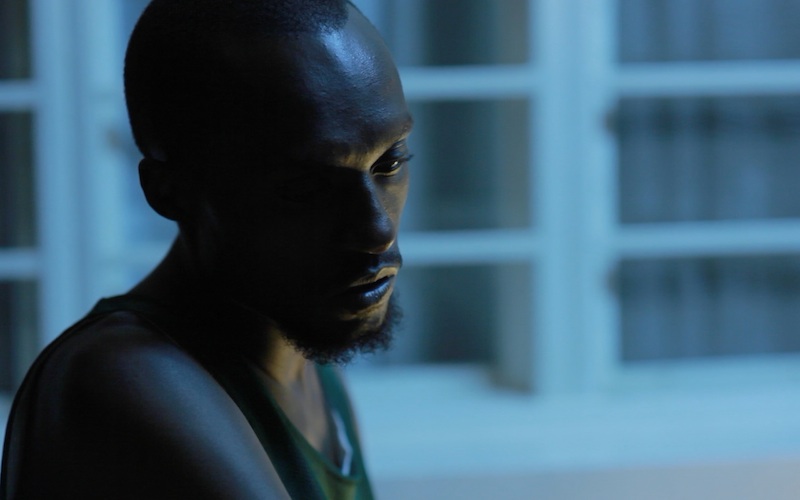