On December 13th, Montag Modus will present the final edition of their 2016 performance series. ‘Control + Shift’, curated by Lena Szirmay-Kalos and hosted by the Collegium Hungaricum Berlin, includes three diverse, interdisciplinary pieces by a range of international performance artists.

‘Flow Instabilities’, by multidisciplinary artist Claire Waffel and experimental musician Pere Ferrare Betran, explores our current political climate. With reference to the science of fluid mechanics, the piece plays with ideas of both the rational and the emotional, showing that in the case of complex phenomena, such as migration, beliefs often take the place of information. 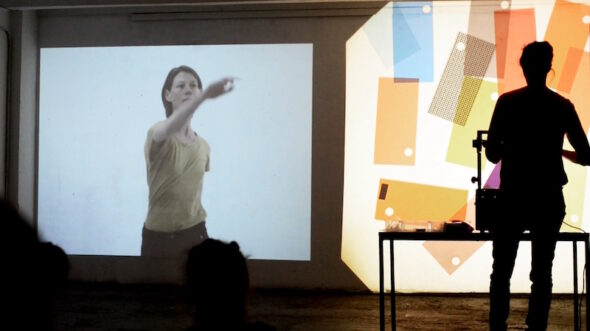 ‘Point Of You’ is the first collaboration between dancers Anna Réti and Ricardo Machado. Selected by Aerowaves as one of the 20 most outstanding pieces of 2016, the duet investigates notions of truth and coexistence. With both a personal and a philosophical grounding, the piece explores the possibility of conflict stemming from different points of view. 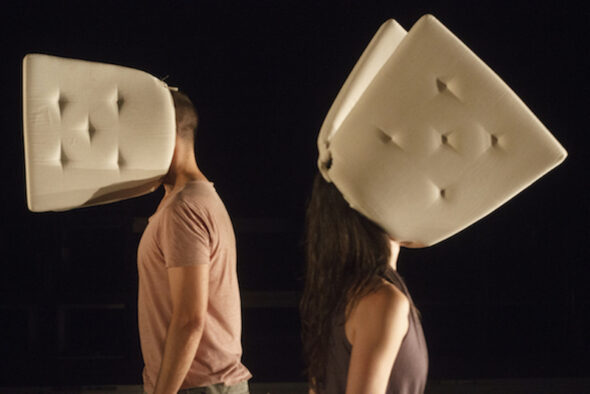 Anna Réti and Ricardo Machado: ‘Points Of You’, 2016 // Photo by Daniel Borovi

Julian Weber presents the performative installation ‘highway’, in which a single figure is connected to the surrounding architecture by ropes. The body is both supported and restricted by its constraints, resulting in a display of the internally shifting states of power and surrender, effort and rest, volume and flatness. The piece includes a sound score by Martin Hiendl, in which sounds occasionally compliment and multiply the action. 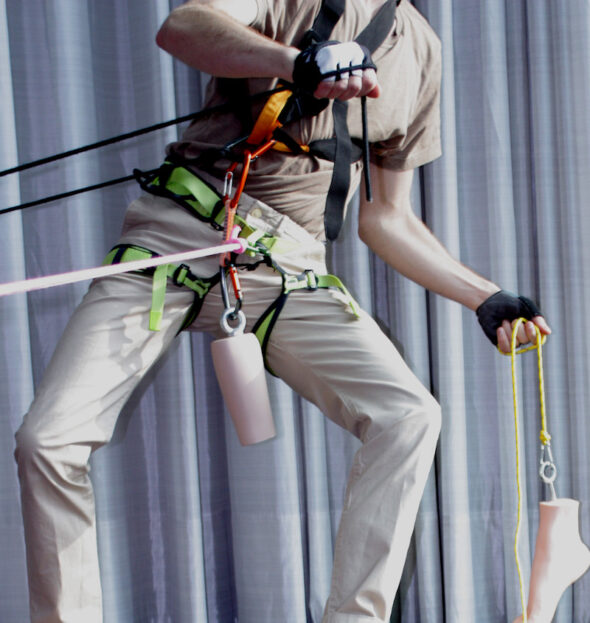