Beirut’s Temporary Art Platform is a curatorial platform that develops art projects relating to the public realm. T.A.P. supports and encourages art practices concerned with public space, urban and social design, architecture, as well as a contextual approach to curating. Through research, public interventions and artworks, the platform questions the state and private interests that control a majority of urban planning concerns in Beirut.

We spoke to Temporary Art Platform curator Amanda Abi Khalil about some of the different projects the platform undertakes, as well as their critical approach to navigating public space in Lebanon. 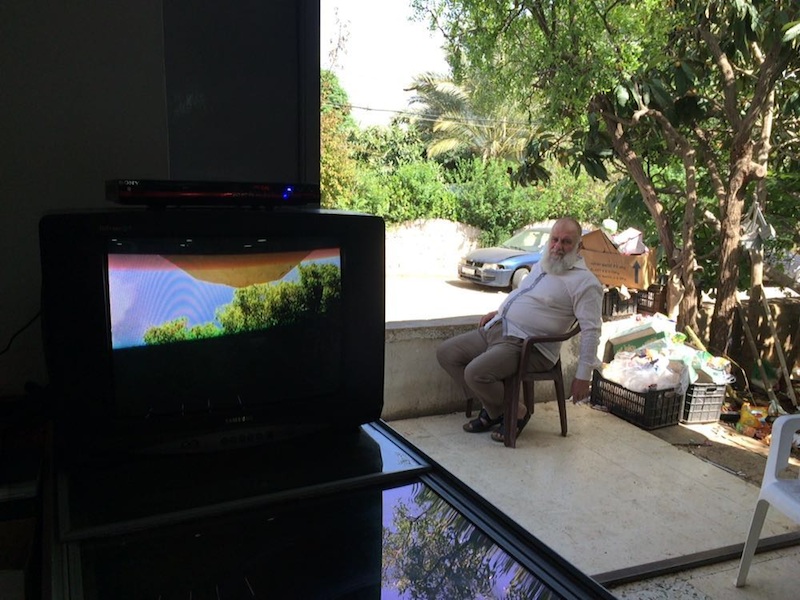 Alison Hugill: Tell us about the Temporary Art Platform: what are its aims and how does it manifest in the Lebanese context?

Temporary Art Platform: In Lebanon, cultural policy is non-existent particularly for the visual art sector; a prolific art scene grew since the nineties due to the efforts of private institutions, artist-run spaces, art galleries and privately-funded art centers. Struggling to sustain long term structural funding, these institutions are often threatened by the lingering political and economic instability in the region.

Temporary Art Platform’s philosophy and functioning was formulated, to begin with, taking into consideration these contextual institutional realities. I realized that I didn’t want to be dependent on funding entities nor trapped with a regularity of programming that usually exhausts institutions. I always say that T.A.P. can sleep if it has to! The projects we initiate only occur when an issue and a funding body and artistic concern meet, and when they don’t nothing happens. Each project calls for new contributors and hopefully we will never settle in an office! It is the only way I see it being viable in Lebanon at the moment. This institutional freedom and flexibility allows us to re-invent formats, challenge given temporalities and react to pressing needs, desires and issues formulated by artists and communities.

Temporary Art Platform is a context-responsive artistic and curatorial platform proposing an alternative to institutional set-ups, for artists and practitioners to engage with their local context. The platform supports and encourages art practices concerned with public space, urban and social design, among other fields. It intervenes in non-places, urban spaces, and rural contexts, focusing on practices that forge innovative methods of production in response to their context. T.A.P is also concerned with legal and artistic research that stimulates more proactive attitudes towards curating art projects outside of the art world in collaboration with private partners, municipalities and councils for instance. Our projects have explored diverse formats so far: artist residencies, commissions for public spaces, research, outreach programs, lobbying and training, to name a few.

AH: What unique challenges do public art works / artists face in Lebanon, concerning how public space is owned and operated, as well as other post-war legalities?

TAP: This question was the starting point of a long research project Temporary Art Platform initiated with a Lebanese lawyer and attorney at law (Nayla Geagea). It was necessary for us to map public art practices and understand the administrative and legal frameworks in which they take place as a stepping-stone to catalyze and commission such projects as part of the association’s mission. The outcome of this research was a bilingual tool-guide we recently published online, outlining the challenging steps, rights and obligations of working in public space in Lebanon. This publication was created to minimize some of the administrative challenges artists and cultural organizers usually face when applying for the permits necessary to carry out their projects. It also addressed public administrations as part of our lobbying strategy for cultural policy in Lebanon. ‘A Few Things You Need to Know When Creating an Art Project in a Public Space in Lebanon’ was the fruit of that research.

In Beirut, public spaces are often privatized, closed or inaccessible. Requests for permits can be very challenging since procedures do not really exist and since permits and approvals from non-official bodies (like political parties and private companies) can be as important as official permits to carry out the project. Public institutions in Lebanon reflect the confessional-political repartition of power and have proven to be really inefficient, particularly regarding social and cultural affairs. Procedures and laws concerning public space date back to the French Mandate and democracy is a threat to the status quo in power, since the official end of the civil war. In the last couple of years, grassroots movements have been actively working to re-open green spaces as arenas for public interaction and to claim ownership over public spaces along the coast. Temporary Art Platform collaborates regularly with these activist campaigns and civil society groups. In 2013, a performance in the form of a city walk titled ‘There is no sea in Beirut’ was commissioned to Rani el Rajji at the time when the Civill Campaign to Protect Dalieh had just started working against the privatization of this unique plot, public space par excellence and one of the last direct accesses to the sea in the city. 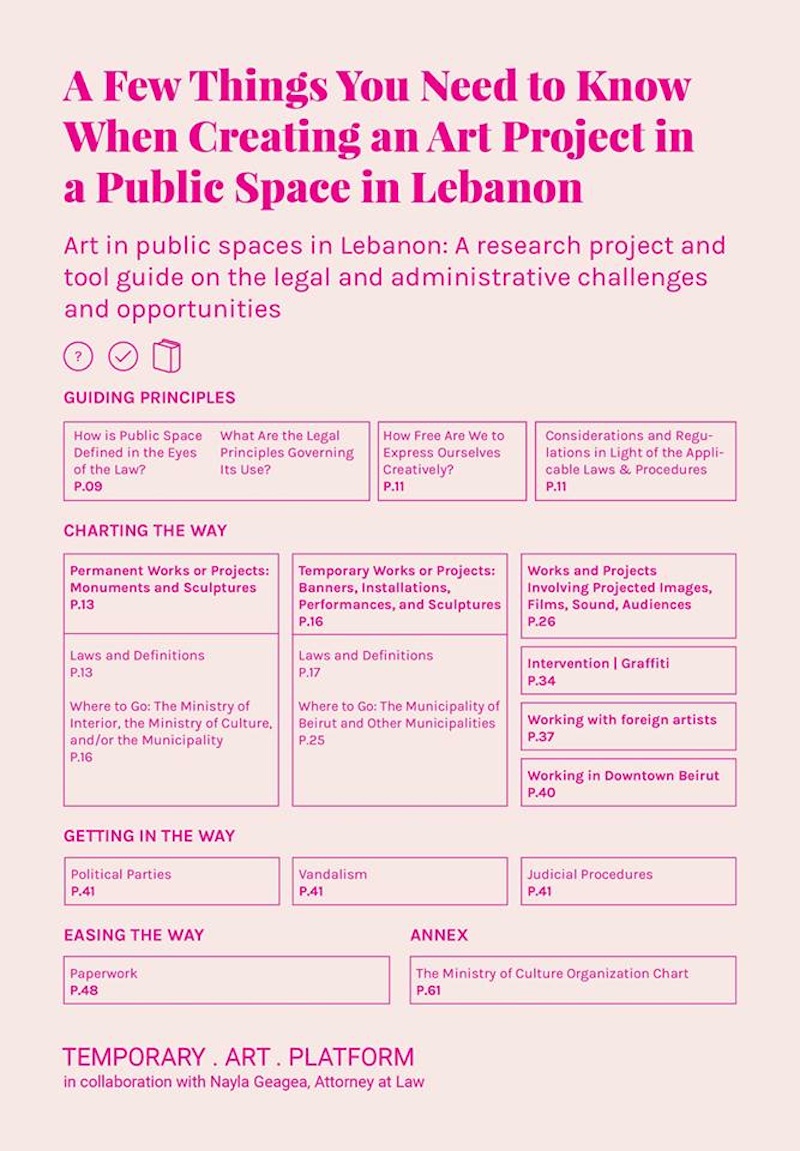 AH: The recent T.A.P. project ‘Works on Paper’ commissioned artists to reflect on the space and physicality of the newspaper, and each work was printed in one of four Lebanese newspapers. What kind of interventions came out of that project and how did they address the public?

TAP: It is very difficult to evaluate how the readers received ‘Works on Paper’ as the objective was to reach out to a non-specialized audience, taken by surprise while reading the dailies. We made sure that the twelve commissioned interventions reflected the wide panorama of contemporary art practices. We had interventions based on a participatory approach, fictionalization, advertisement imagery, controversial political messages and ‘artivist’ aesthetics. It was interesting to work with the different artists on the way they considered the newspaper as a form of public space and the responsibilities they had in addressing a non-specialist and very diverse audience. Fruitful conversations also took place between the artists and the newspaper staff, directors, designers and editors. Artists had to negotiate and convince the papers to dedicate strategic pages, unprecedented layouts and to become accomplices to their different concepts.

AH: As a curator, what kind of projects do you seek out for T.A.P.?

TAP: The projects carried out since the inception of T.A.P. are guided by the belief that contextual forms of curatorial and art practices might not solve problems or issues; yet they can address challenging questions regarding the relation between artists, cultural practitioners, public institutions and audiences.

With every project we initiate we aim at opening up a breach of change in a context where political disenchantment rules. The conversations we create amongst resident artists, institutions and partners often take part in the global discourse around contemporary art, especially since the social turn is re-valorized in contemporary art. Temporary Art Platform’s projects “tighten the space of relations” to rephrase Nicolas Bourriaud in ‘Relational Aesthetics’ (1998) and therefore consider art as a sociopolitical project in the specific context of Lebanon. 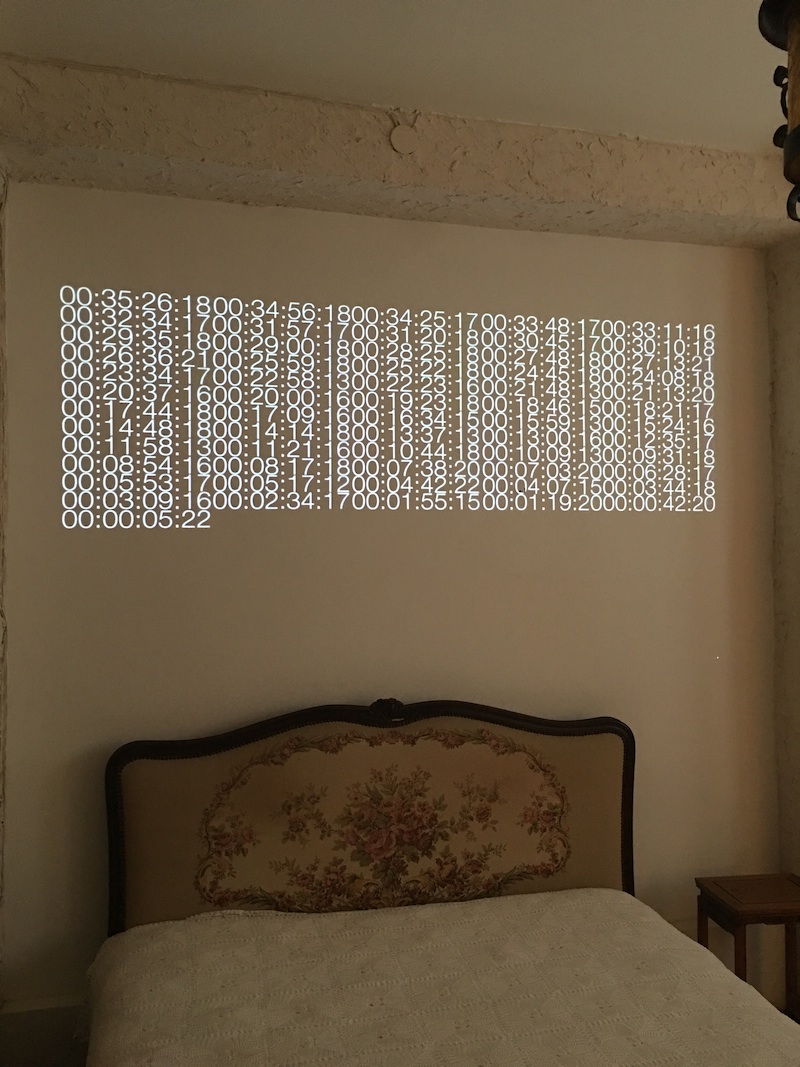 TAP: The next project we are working on will unfold in a hospital (healthcare environment) and will look at this particular context to commission site-specific permanent works. Having physicians and medical researchers pairing with contemporary artists is a whole new and exciting venture for us. The question of mediation with audiences is extremely sensitive and therefore this project comes with a set of parameters and responsibilities that are different compared to other types of public spaces.

At the same time, we are in the process of setting up another temporary artist residency in a Lebanese village that will take place in the spring in collaboration with local partners.