The holocaust, most famously lamented in literature and film, has also been explored in dance. From direct responses in modern dance (Anna Sokolow’s ‘Dreams’) to reflections on its impact on the present (Rami Be’er for KCDC’s ‘Aide Memoire’), no dance company has yet incorporated an Auschwitz survivor in its works. This was the brave move of dance duo The Symptoms, who presented their piece ‘Sea Lavander’ as part of the Hungarian Contemporary Dance Festival in Berlin. With their heartwarming duet, dancer Emese Cuhorka and 90-year-old Auschwitz-Birkenau survivor Éva Fahidi gave a deeply personal account of the historic destruction and the reality of the life that followed. 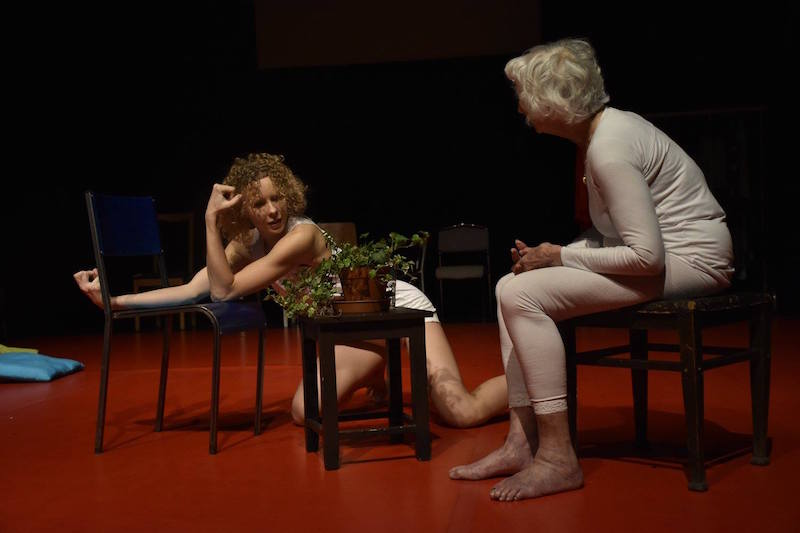 The relationship between Emese and Éva was playful and intriguing; they teased, nagged, held and confided in one another. Like best friends, they listened to each other’s stories, like mother and daughter, Éva gave Emese advice. Their relationship was built on a deep sense of trust and they were clearly at ease with each other’s touch, as they supported one another in both passive embraces and active lifts. Their physical similarities were striking; their long legs and curly hair made them seem almost like different versions of the same person. Although Éva’s old dress fitted Emese like a glove, the generation gap could still be felt. What once may not have been an appropriate way for a lady to sit was no longer noticed by the younger of the two. Yet as they shared their memories from early childhood, their worlds seemed surprisingly compatible and their core values proved to be much alike. 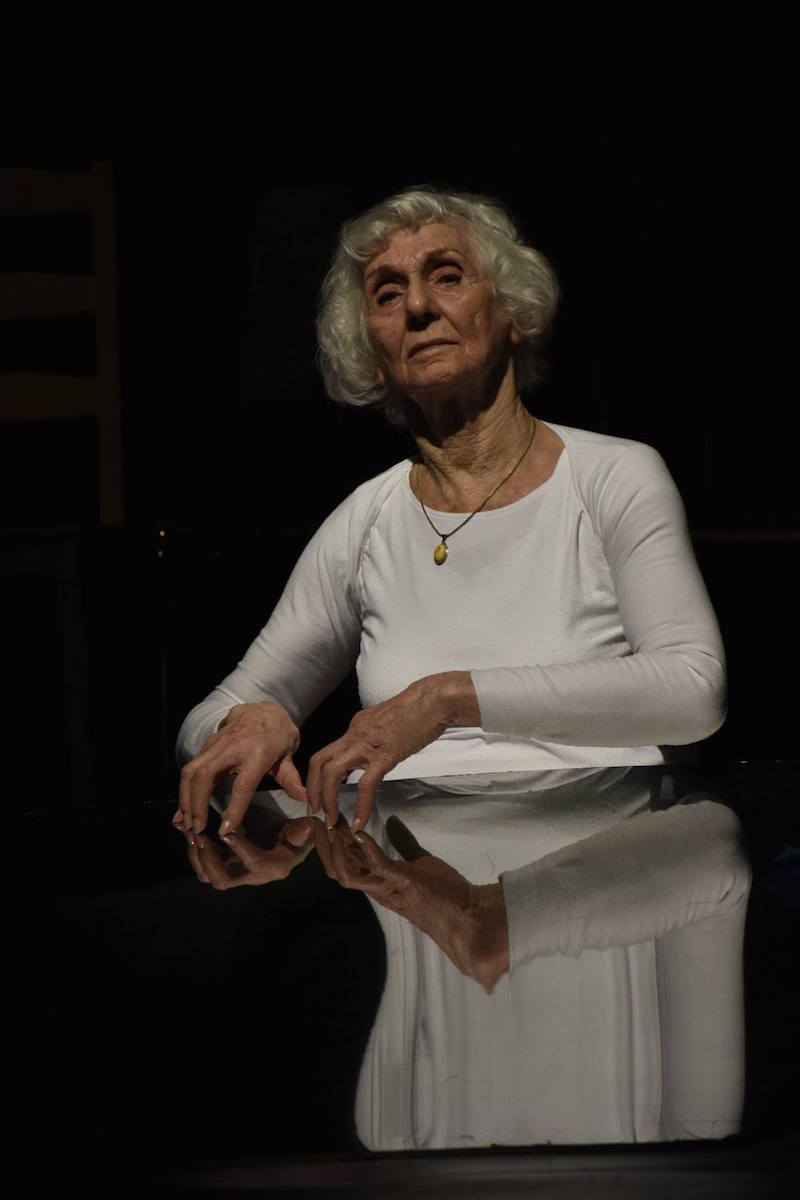 As the piece progressed, their partially scripted texts in intermittent German and Hungarian (with subtitles in English) became gradually heavier. As her life story unfolded, Éva’s experiences were revealed with much sensitivity. The duo’s dialogues were alternated with theatrical movement sequences that gave hope through the power of imagination. Fantasy, memory and history were mixed and blurred as the scene changes shifted the mood. In opposition to a sermon on morality or solely a commemoration of the lives lost, The Symptoms chose to emphasise personal experience over historical idealisation. In this way, the piece remained compositionally engaging and subverted the tendency of reflections on the holocaust to be completely swallowed by their subject matter. ‘Sea Lavender’ allowed the audience to empathise, to remember and, with the shedding of a tear or two, to be moved.