Since its foundation in 1996 by choreographer Toula Limnaios and composer Ralf R. Ollertz, cie. toula limnaios has been highly successful. Over the past two decades, the contemporary dance company has secured regular funding from the Berlin Senate for Culture and produced a vast body of work. With the opening of their own theatre Halle Tanzbühne in 2003, cie. toula limnaios achieved what most dance ensembles can only dream of: a permanent space for the creation, rehearsal and exchange of their performances. Toula Limnaios has hereby enjoyed free artistic reign and has continued to work with the same dancers with whom she has built and deepened relationships. Stylistically, she is known to reframe classical works of art and literature into sensational dance pieces with a strong focus on human connections. I had high expectations for the company’s most recent stage production ‘tempus fugit’. 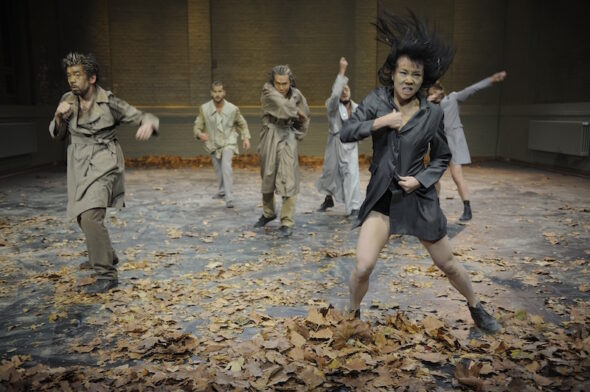 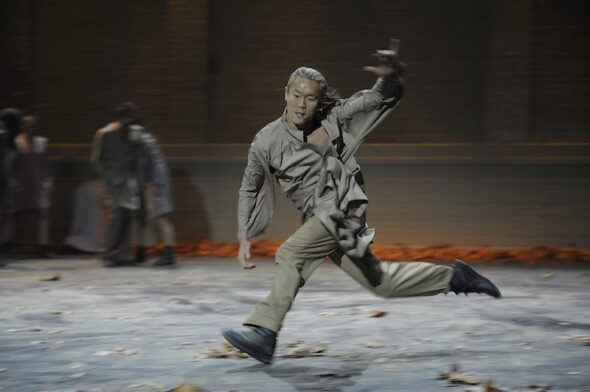 The piece opened with the performers tumbling, one by one, onto a stage covered in autumn leaves. The atmospheric lighting and the barren space contained by brick walls alluded to a world in which the seven dancers were perhaps ‘fleeing from time’. Gathering momentum, they launched into explosive movement sequences showcasing high jumps, quick turns and long lines. From intricate floor-work to flying across the stage, their agile bodies were well-adapted to Limnaios’ highly charged movement vocabulary.

Despite their stunning technique, however, their performative capabilities were buried in the overload of information. The huge range of dynamics available to the body in movement were not utilised, as activity was not contrasted with passivity. Instead, activity was layered with activity, creating an ever-accelerating progression and denying the body valuable moments of rest and release. The eye could not keep up with it all and instead became numb to the density of movement and playful details that, due to their speed, escaped recognition. 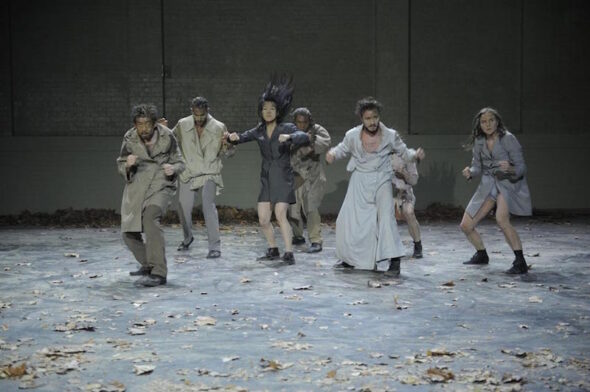 Similarly, several interesting spatial constellations were presented with an unsettling haste. Solos, duets and group formations appeared and disappeared, without being given the time to develop. A voodoo-like relationship with a baby doll was temporarily explored, but did not progress past obvious movement choices for the portrayal of manipulation and control. A theatrical layer, comprised of contorted facial expressions and urgent screams, reminiscent of Pina Bausch’s choreographies, added a dark undertone but did not reach its full potential. In this way, the ideas driving the work had not been pushed and were instead exhausted very early on in the piece. 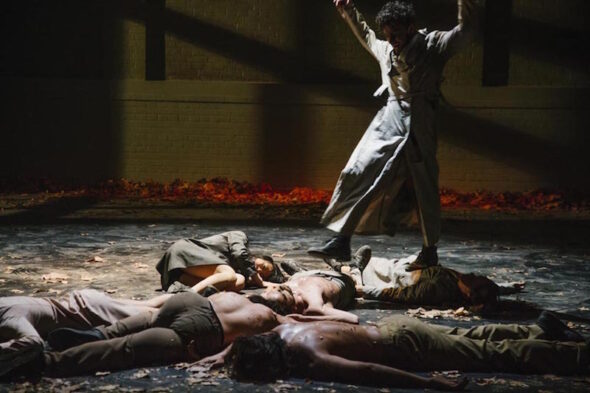 ‘tempus fugit’ disappointed, not due to lack of professionalism but due to lack of conceptual risk. Instead of achieving the desired impact, the fast and furious pacing of the piece had the adverse effect. Limnaios’ sharp eye for composition and her use of intriguing positions and relationships between her dancers got lost in the frenzy of too many gestures compressed into one. In this piece, a more deliberate use of contrast, stillness and suspense would have given the dynamic extremes, so passionately exhibited by her dancers, more time to build. By having confidence in the ideas themselves and without the need for adding anything else, Limnaios’ particular aesthetic vision and fierce expressivity could achieve the powerful effect it clearly has the potential for.