Canadian artist Char Davies pioneered the genre now known as immersive virtual reality (VR) in the 1990s. Davies built the famous ‘Osmose’ (1995), a fully immersive artwork that changed the role of the user in radical ways. Arguably more advanced than the current Oculus Rift headsets, it has built in interaction points that use the balance and the breathing rhythm of the individual. Many viewers would come out of the thick forest undergrowth or zero gravity oceans saying they had been healed by the work.

We are constantly being told that technology is killing our communities and dampening our senses, but perhaps following Davies’ philosophy could offer us another way. It seems as though we are stuck between two spaces—IRL and URL—in a state of societal limbo, and we need to accept that both are equally valid to move forward into an expanded sense of reality. 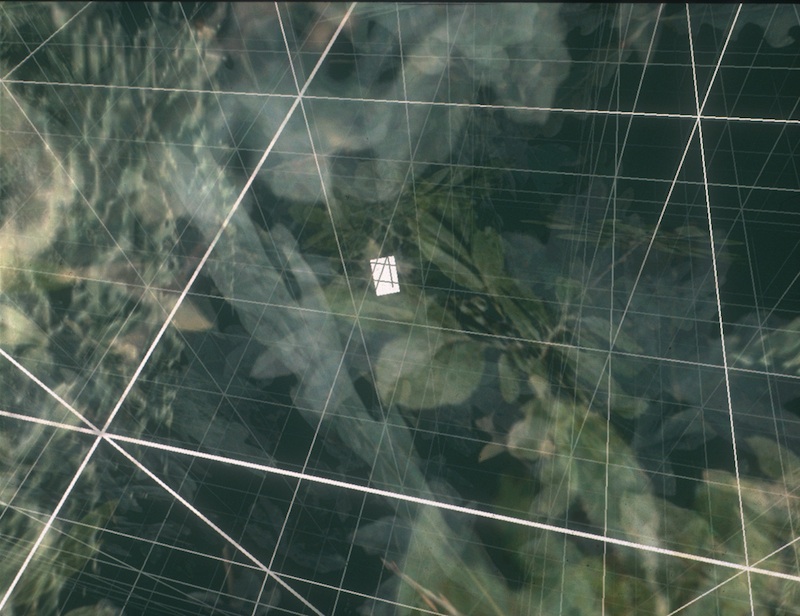 Penny Rafferty: What originally drew you into the virtual world? Would it be fair to say you were one of the first to want more than what we had at the time?

Char Davies: My first artworks in the early 90s were 3D virtual scenes, but when exhibited, they appeared static and two-dimensional. So, in 1993 I began work on an immersive, interactive virtual environment: this became ‘Osmose’ (1995) and its companion piece ‘Ephémère’ (1998).

As for being “one of the first”: I would say yes, but your phrase “wanting more” is what’s important. In addition to creating virtual space, I wanted to subvert the visual and behavioral conventions associated with VR technology at the time. And, in doing so, I wanted to prove that this new spatiotemporal medium was capable of enabling experiences that could reaffirm our embodied being in the world, rather than distracting and distancing us from it.

PR: You’re describing ‘Osmose’, right? It’s said to have a more healing effect on those that play than just pure entertainment. Was this always your intention and, if so, why?

CD: ‘Osmose’ became known worldwide for its astonishing effect on many who experienced it.

My belief is that the effect is due to being immersed in a virtual realm that is unlike our habitual perceptions, whereby— because of the interface’s reliance on breathing and balance and our semi-transparent visuals—“immersants” can float as if gravity-free, as well as see through and pass through everything around them. This creates a perceptual shift, as attention is redirected, away from interacting with a world of things, to an awareness of their own embodiment in enveloping space and time. This often creates a sense of wonder, and can be deeply emotional.

As for whether this was my intention: yes it was. I deliberately set out to counteract the conventions associated with VR. These conventions included an emphasis on photo-realism as well as hand-based interaction such as joysticks, which reinforce a disembodied, controlling and often aggressive stance towards the world. My motives in making ‘Osmose’ were thus philosophically driven, as well as aesthetic, but one must note ‘Osmose’ was never a game. 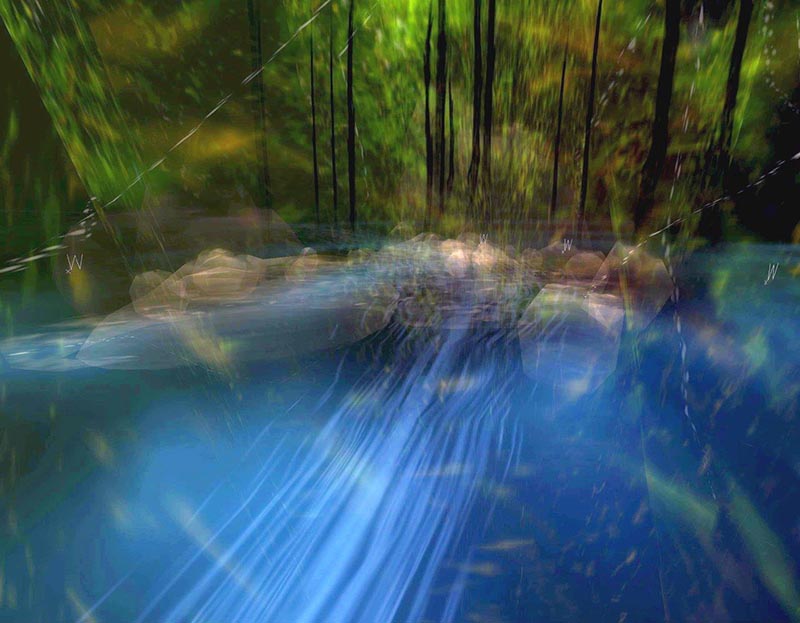 PR: Recently, the art world has seen a burst-through in immersion technology-based works, since the Oculus Rift started showing up across the western world early in 2016. Do you feel this sudden availability is asking the right questions politically, concerning technology, its users and the tech world today?

CD: When the Oculus Rift first appeared, I was hopeful, because in the previous decade, VR had been considered a dead-end. However, my hope has turned into concern. While the performative capacity of the technology has improved significantly, the cultural values driving its development have not changed. The modes of interaction available and the content being produced are much the same as twenty years ago. But, more troubling, the future of the technology is now controlled by a few immense corporations whose priority is making money. Increasingly, the means of production and the means of delivery are being centralized and monetized. The profound potential that I believed in is at risk of being obliterated. 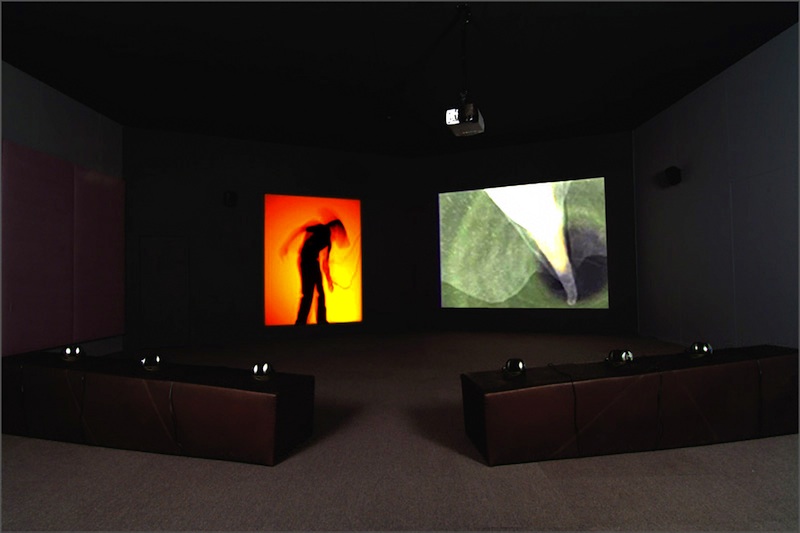 Char Davies. Installation view of live performance of ‘Ephemere’ 1998 with immersant seen through shadow silhouette screen at the Australian Centre for the Moving Image 2003 // Courtesy of the artist

PR: Many would argue virtual reality might be our last hope of experiencing the divine within a depleting world that’s running low on resources at the cost of nature. Do you think one day that we may rest ourselves inside these virtual spaces for solace rather than novelty?

CD: Twenty-five years ago, I wrote these words about VR:

“If we create a model of a bird to fly around in virtual space, the most this bird can ever be is the sum of our (very limited) knowledge about birds – it has no “otherness”, no mysterious being, no autonomous life. What concerns me is that one day our culture may consider the simulated bird (that obeys our command) to be enough and perhaps even superior to the real entity. In doing so we will be impoverishing ourselves, trading mystery for certainty and living beings for symbols. We might well become oblivious to the plunder going on around us as we construct a disembodied, desacralized world in ‘man’s’ own image.” -“Natural Artifice”, in The Bioapparatus, Banff Centre for the Arts (1991)

These words of caution appeared in 1991 and I was not alone: various environmental philosophers and poets such as Rilke, appear in the Text World I created for ‘Osmose’. I considered ‘Osmose’ to be an elegy, to nature (as we knew it in the 20th century), and ‘Ephémère’ was a lament. 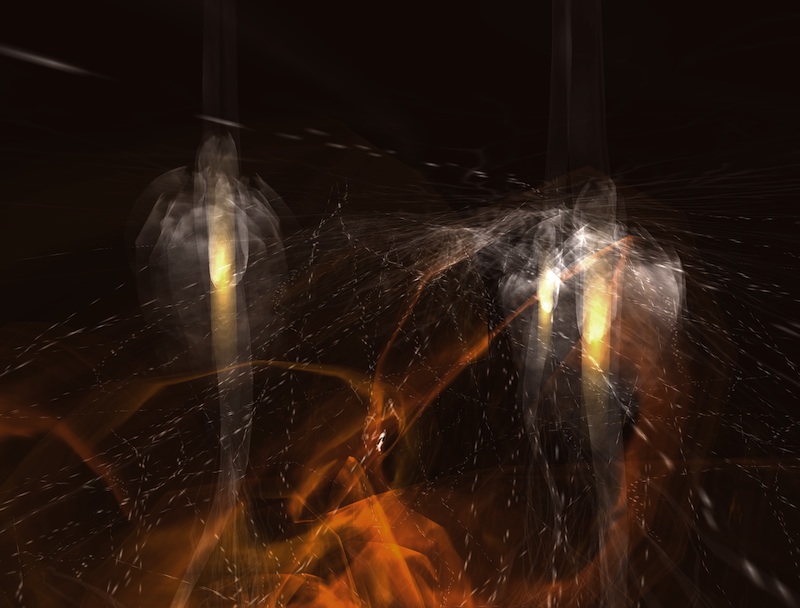 But, really, my answer to your question lies in my own practice. When making ‘Osmose’, I was the new owner of a small forest on the Canadian side of the Québec-Vermont border. I have now protected over a thousand acres. Over the past two decades, I have entered into an apprenticeship with this land, learning about its trees, its water, its non-human inhabitants, and all the ways climate change and species extinctions are destabilizing its intricate balances. I have also been developing software with my research team at Immersence, for the purpose of re-presenting this forest and how we can more deeply experience “place”, not as a collection of objects for human use, but as a multiplicity of reciprocal transformations.

The work encompasses the actual and the virtual, and seeks to turn attention away from the din of human babble, to the mystery and the privilege of being here among All This.