For the past twenty years Sophiensaele has hosted one of Berlin’s most attractive contemporary dance festivals, Tanztage. Over ten consecutive days, the dance year is inaugurated with a robust programme of new and exciting work from the contemporary dance scene in Berlin and abroad. The foreign focus of the 2017 edition is on Teheran and includes performances by five Iranian artists. So far, Tanztage has presented a variety of engaging works. 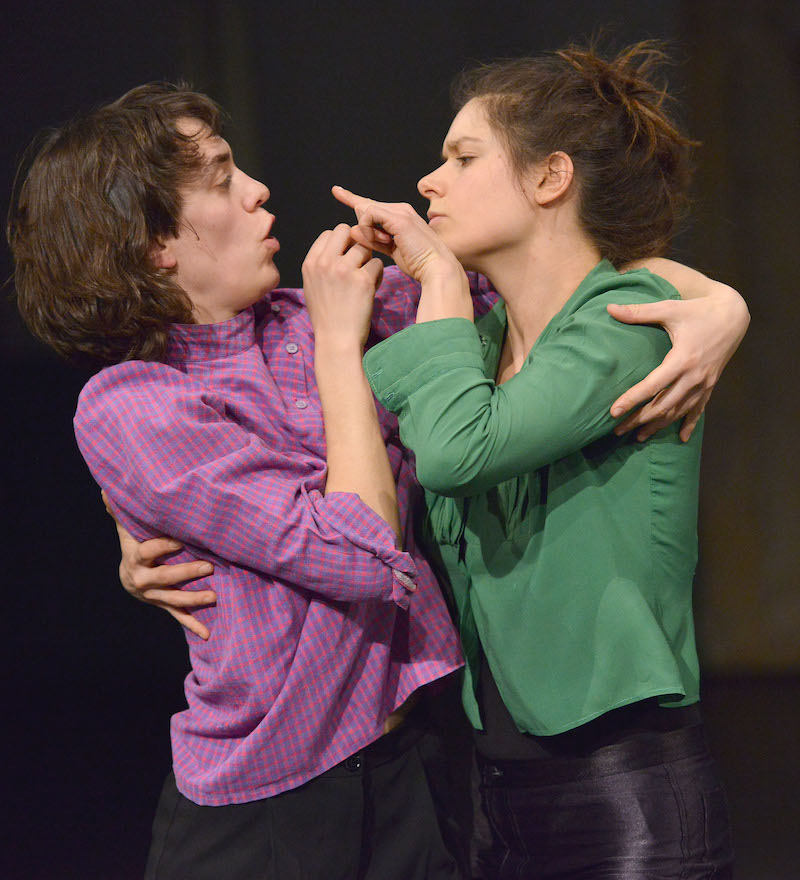 An array of mirrors and reflective glass panels crowded the space for Tarren Johnson and Mira O’Brien’s piece ‘Shade’. Three performers interacted with this fragmented landscape, alternating movement with melancholic song in a never-ending search. With an underlying urgency to continue, they never stayed anywhere too long and hardly noticed when one of the glass panels smashed with alarming force. Swinging between vanity and a critique of the self, ‘Shade’ played with notions of privacy and exhibitionism, remaining ambiguous throughout.

‘This is what a thought is not!’, asserted a performer in a penguin suit, donning a hamster mask. The two absurd creatures at the centre of the stage set the tone for the rest of Maria Walser’s rumination on reality ‘What A Thought Is Not’. Together with performer Emma Tricard, Walser instigated philosophical conversations and deconstructed logical assertions to the tiniest detail. Inspired by Baudrillard, meaning was explored as a construct of language and brought to life with the body in movement. As abstractions were concretised, logic was uprooted and a comical eclecticism followed, reflecting the Zeitgeist of a generation lost in the immensity of possibilities. 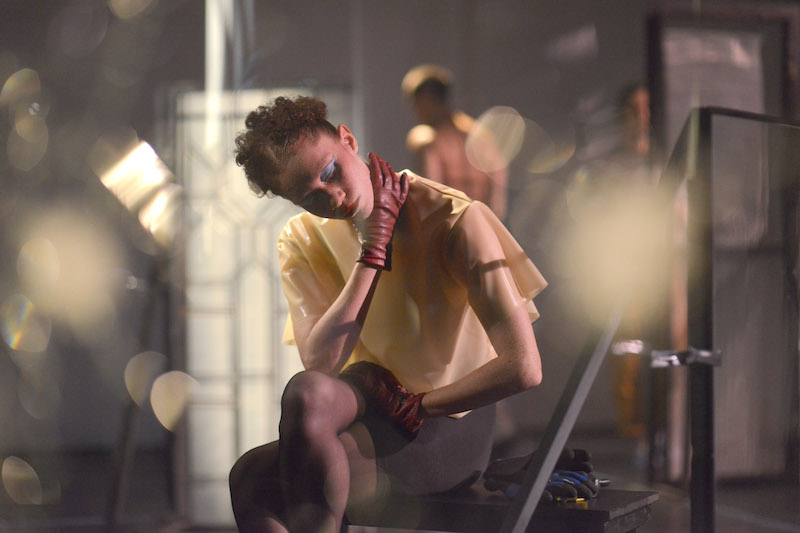 For Keyon Gaskin’s solo performance ‘It’s Not A Thing’, the audience was herded into a darkened room. With refreshing confidence, Gaskin’s voice rang out from the darkness and his shoddy figure emerged from the hallway. As he spoke, he began to move fearlessly between audience members, coming up close, always clutching a rucksack as if it was the only thing he owned. His nomadic performance was audacious and raw, impressively covering the whole space and engaging everyone in it. As he wrestled with aspects of contemporary performance art, racial inequality in the art world, and drag, Gaskin referenced the outside world without getting swallowed by it. Instead, the piece existed in its own realm, fusing fiery theatricality with charismatic honesty. More works are on show until January 15th.