transmediale is celebrating its anniversary by holding a month-long event, taking place from February 2nd to March 5th, 2017 at the Haus der Kulturen der Welt (HKW) and at other venues across the city. The annual event is an essential date in the calendar for media art professionals, artists, activists and students from all over the world. The festival looks at how technology has moved beyond what emerges from fields of production, aiming to produce a critical understanding of technology within contemporary culture. The format of the festival changes yearly and, this year, ‘ever elusive — thirty years of transmediale’ encompasses a three-day program and month-long exhibition at the HKW, three thematic excursions, conferences, workshops and performances in different locations.

Each year a chosen theme provides the framework for artists to engage and reflect on the links between art, culture, and technology. The approach of the anniversary event is contemporary rather than retrospective. It focuses on the role of media today, questioning, as technology increasingly operates independently of humans, where the power to act and mediate lies? The festival invites participants to contemplate and explore speculative positions beyond the currently established binaries of human/nonhuman and nature/technology.

The exhibition ‘alien matter’ curated by Inke Arns opens alongside the festival on February 2nd at HKW and runs until the end of the festival. Alien matter refers to the man-made and, at the same time, potentially intelligent matter. Environments shaped by technology result in new relationships forming between man and machine, challenging the central role of the human subject. Twenty-five artists from around the world will present works about shifts within ordinary power structures, debating whether our current environment has already crossed the threshold into alien matter.

The film and video program of the festival presents contemporary and historical works about urban ecologies, new materialism and data processes that are beyond human control. It brings together short films, feature films, talks, projections and audiovisual performances including new works that have never been shown before in Berlin. 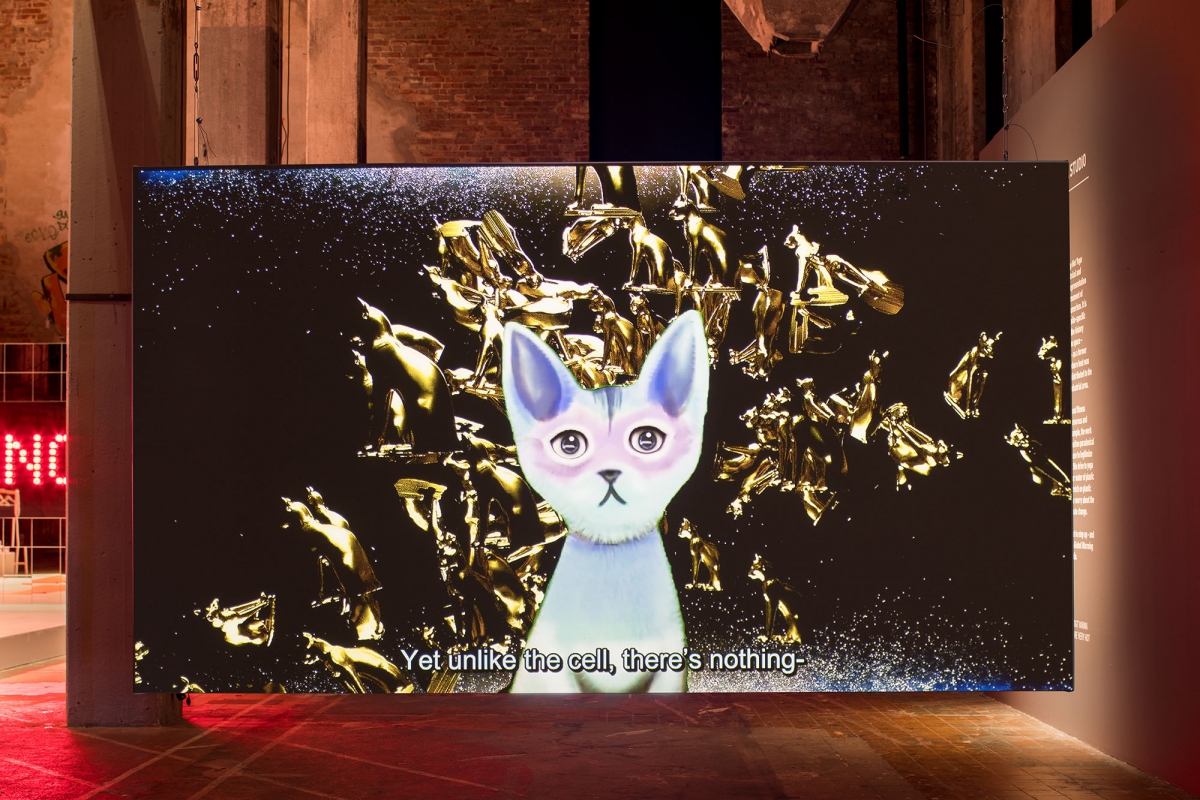 The conferences and workshops will deal with the role of media in society today, considering how technology is becoming more autonomic and with this asks the central question of what it means to be ‘human’ today.

The ever-elusive program also includes three thematic excursions to different locations in Berlin, which are conceptually linked to topics explored that day. The excursions entitled ‘Imaginaries’, ‘Interventions’, and ‘Ecologies’, will occur throughout February, presenting cross-disciplinary projects in the fields of installation, sound, performance and video, showcasing the search for new forms of expression between artistic genres.

On March 4th, performance and multimedia artist Laurie Anderson will show her most recent version of ‘The Language of the Future’. It blends spoken word, violin, and electronic sounds, crossing borders between dreams, reality, and the elusive world of information. The closing weekend ties together various sections of the festival. The exhibition, panel presentations, live performances, screenings, and excursions will come together to reflect upon past and future media language and its relevance today.