Rob Blake’s first solo show in Berlin looks closely at the relationship between technology and social spheres. Since the world wide web became ubiquitous, skepticism and fear toward growing advances in technology has proliferated among western societies. Despite positive uses of the internet, the commercialisation of online social spaces has affected us, both personally and professionally. ‘PMSL: msgs n msundrstndngz’ is a cynically comical exhibition on consumerism, anxiety and corporate rebranding. 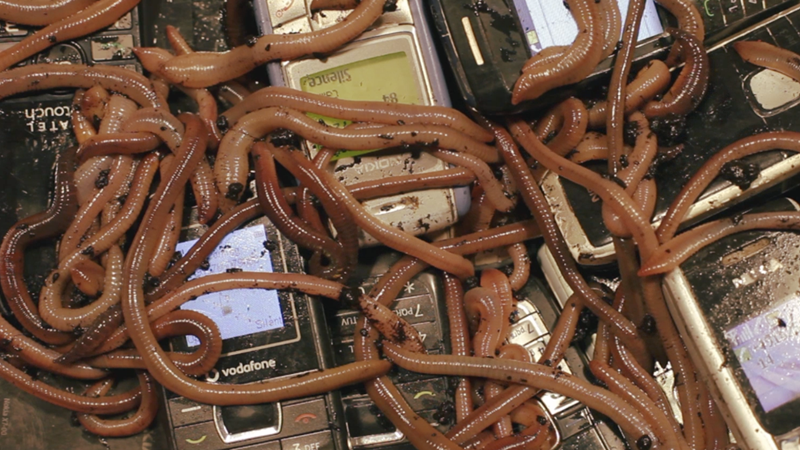 In the space of Neukölln’s Centrum project space, Blake has carefully created a vibrant soundscape, in which viewer participation is highly encouraged. In one room, the exhibition emphasises layered expressions and the multiplicity of voices that occur in online spaces. Pairing installations to work with each other, Blake focuses on anxiety in the digital world and its amplification through varied perspectives that are forced to co-exist.

Entering the exhibition, viewers are greeted with ‘GRAN VALS’, a video projection of worms laid over a series of old ringing mobile phones. Many of the creatures are either drawn to or distracted by the vibrations, slithering almost obliviously over each other. The video quietly echoes expressions that appear on the layered painting, ‘FUCK MY LIFE’, directly opposite. The black and white piece repeats expressions of exasperation, fear and hopelessness. The lettering is incredibly textured: viewers were encouraged to come touch and feel the messages that are often only seen and consumed as pixels. With numerous online spaces prioritising free speech, Blake pushes the boundaries and asks how far we can go in our honesty. 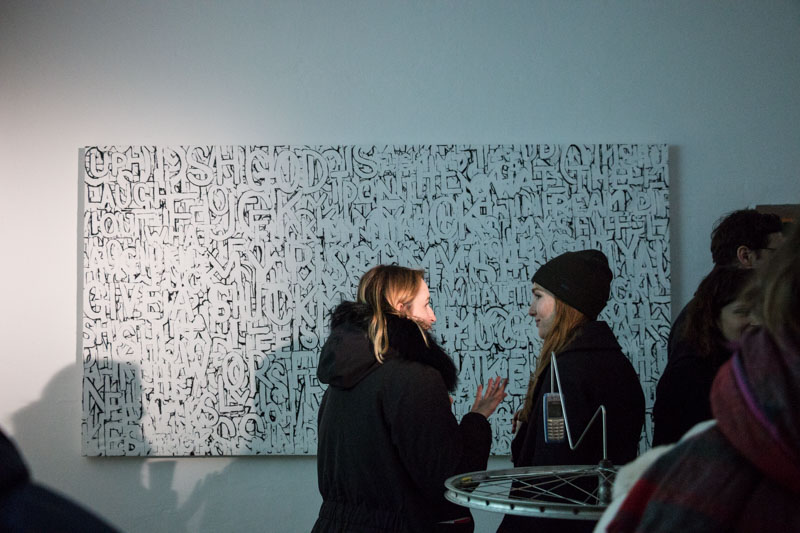 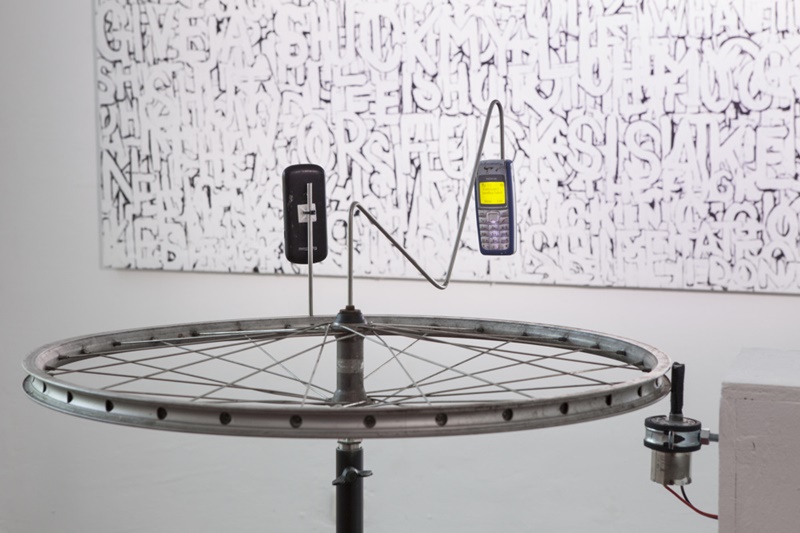 ‘FUCK ME OR FUCK OFF’ —paired with the interactive sculpture ‘CITY BIRD’—was perhaps the most standout installation in the exhibition. Taking almost a year to make, the video projection flips through different wildlife settings across the four seasons. The recognisable McDonald’s jingle ‘I’m lovin’ it’ echoes over the scenes as though it were an undetectable bird hiding in the scenery.

In the open space, the jingle loses its corporate meaning and is now accepted as wildlife. Directly in front is a rotating bicycle wheel, holding two mobile phones that pass by each other. With both phones in a looped phone call to each other, Blake by demonstration asked viewers to get close and speak towards the internal microphone as the two phones cross. The feedback and ambient sounds seem to call out into the projection of the isolated scenery. In tandem with the sound of ringing phones, ‘FUCK ME OR FUCK OFF’ is the link between the isolated online world and the freedom of unknown outside spaces. 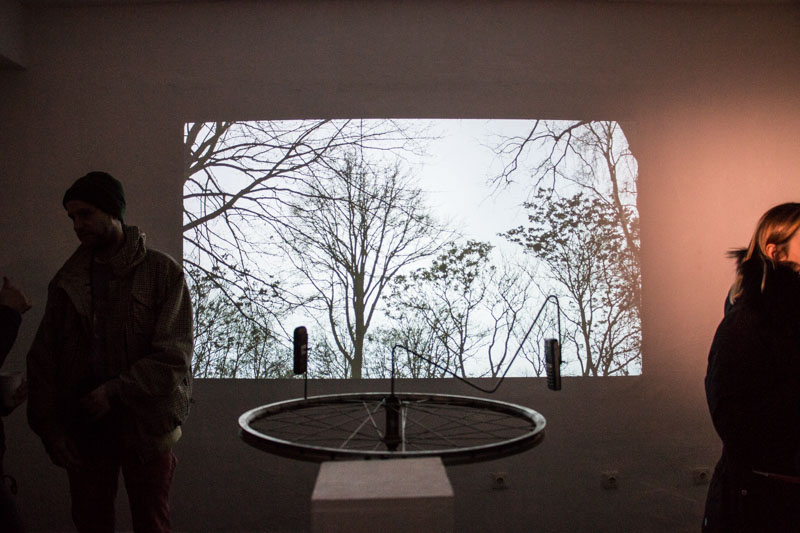 The exhibition made great use out of a small budget and everyday objects. In his own words, Blake wanted to create a “cosmic digital” world, in which sound and image take on new meanings when abstracted from old concepts. His background work in both commercial and artistic film-making helped to flip accepted understandings of social spaces and prompted a closer look into hidden meanings. With a catalogue detailing the artist’s research and production process, ‘PMSL’ is a wonderful creation of social interactions.