Dupaquier’s work looks at the simplicity and fragility of material in its purest form. She demonstrates precision, exhibiting minimal pieces that play with surface, yet also touch on the creation of volume. The work functions as a type of hanging, wall sculpture, never straying from the formats of 210x146cm, 60x46cm or 46x30cm. This simplicity creates a pureness that enables the audience to contemplate the physical limits of material in space.

The pieces are developed over a long fabrication process, in which perfectly formed wooden boards are coated with several layers of matte paint. The simple surfaces are in a constant state of flux, as the light itself in the exhibition space changes throughout the course of the day. Dupaquier has created an exhibition where the fine gentle curves and waves formed in the plywood act as an instrument to connect the viewer to the subtle motions of humility and bareness. 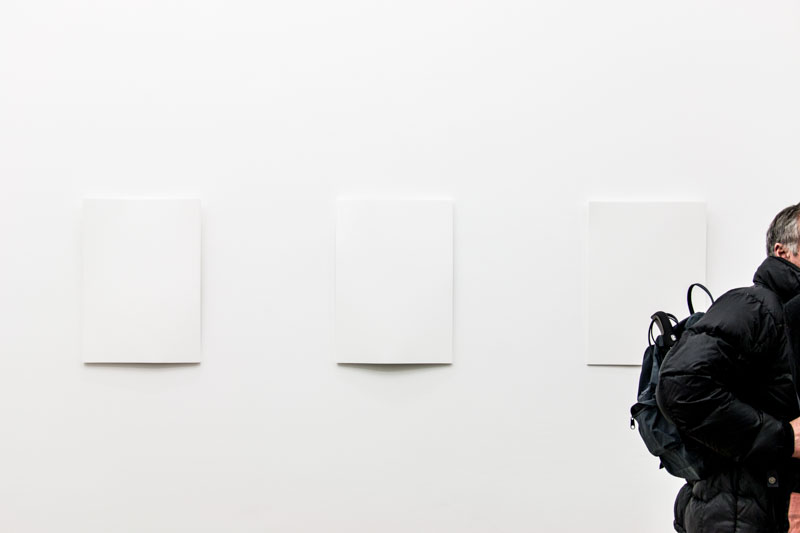 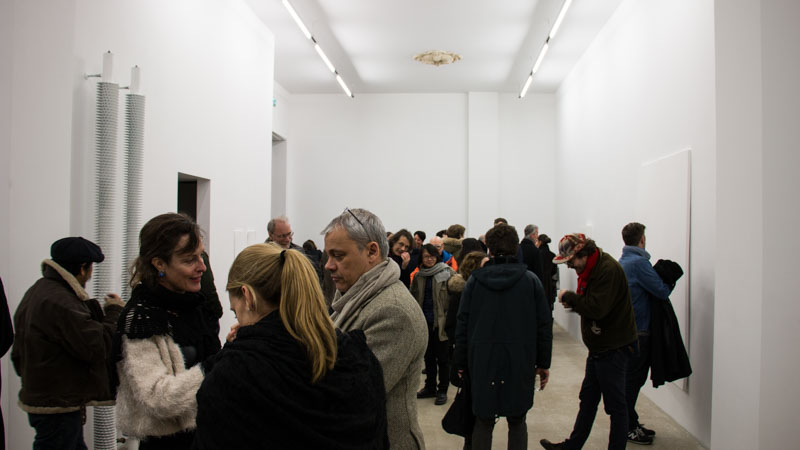 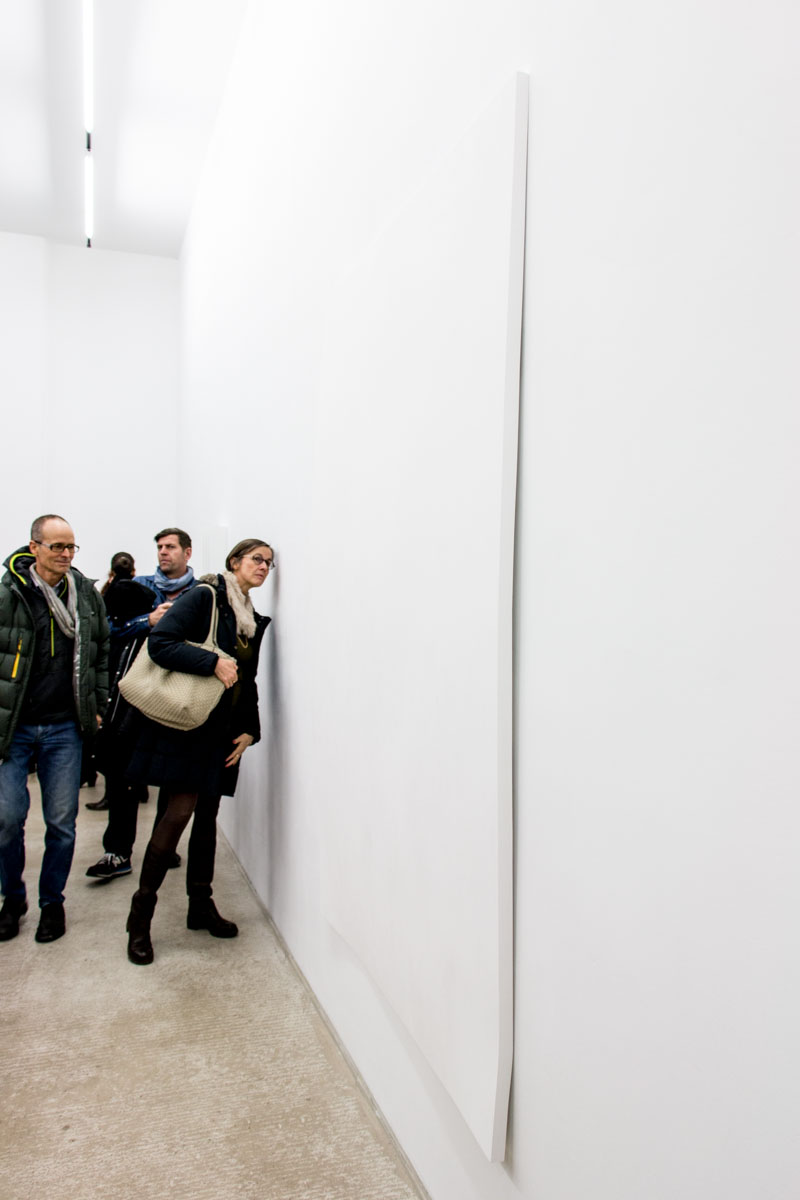 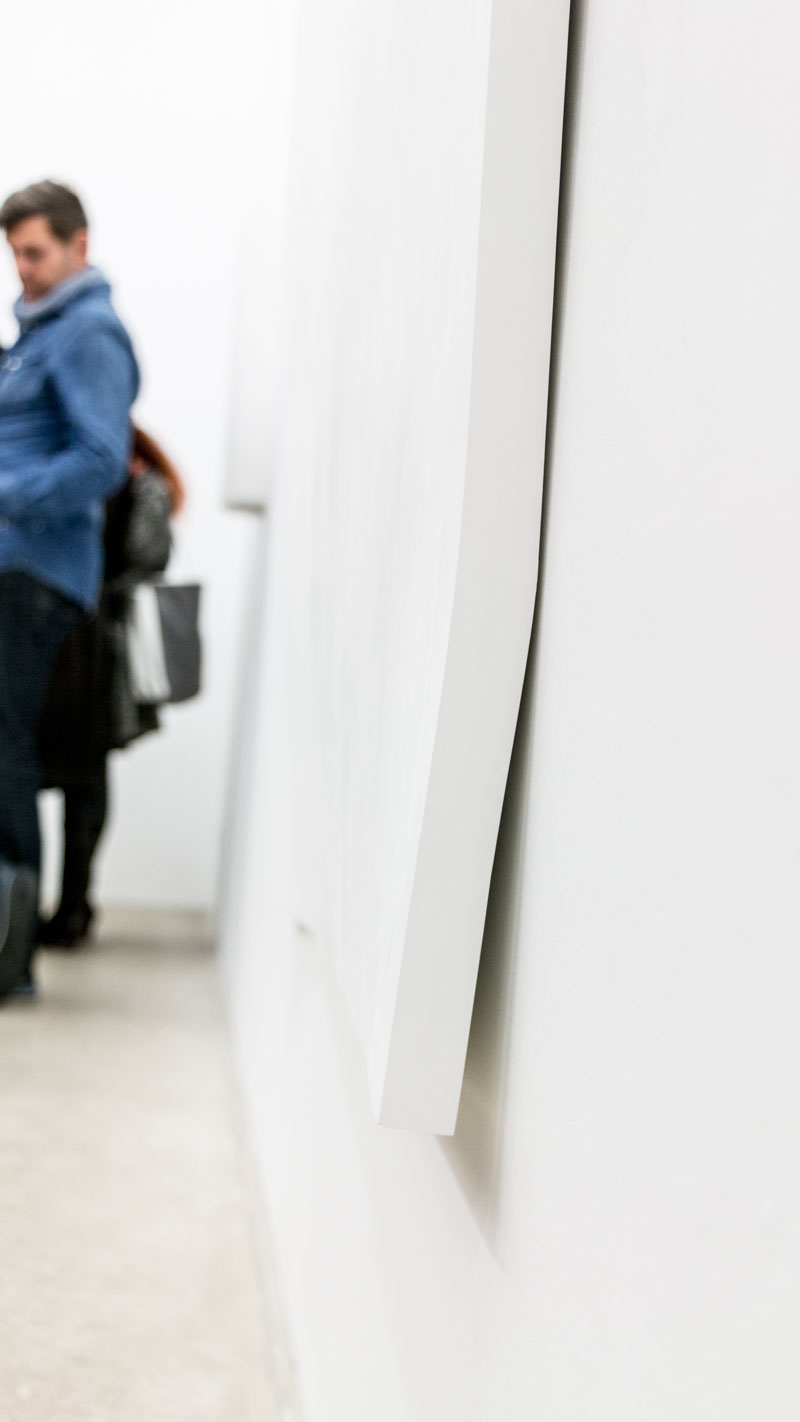 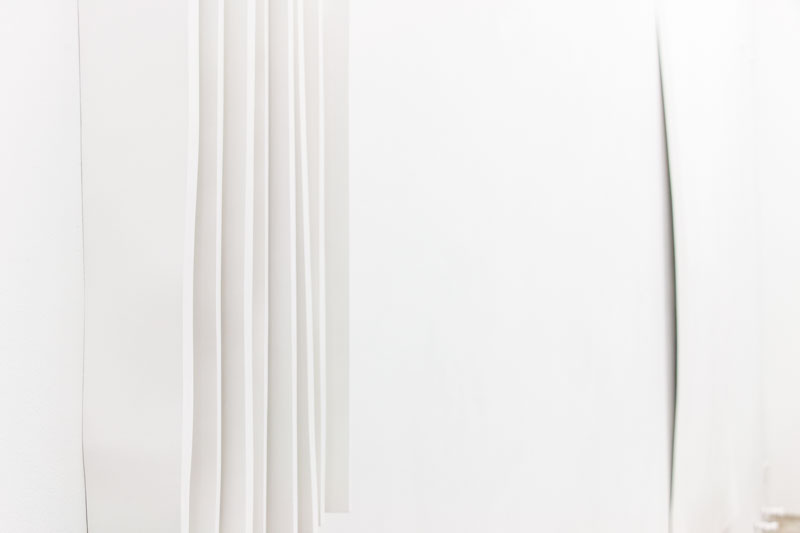 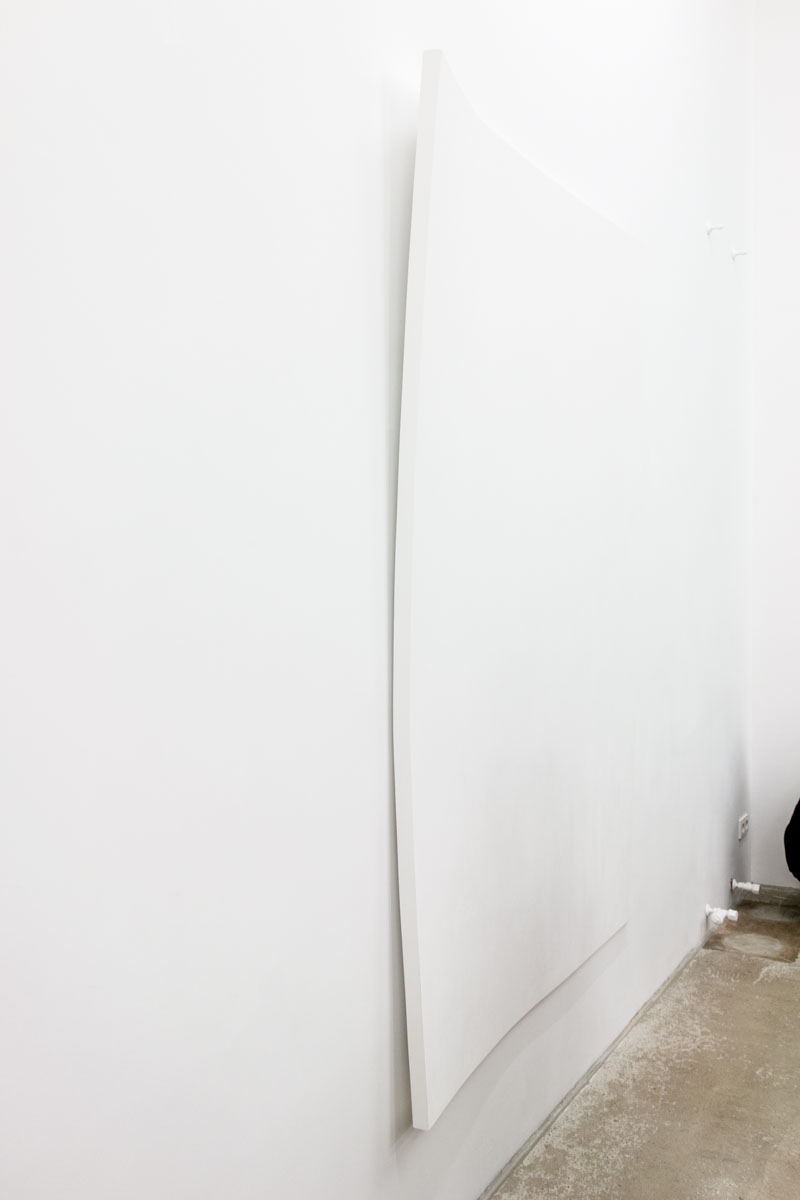 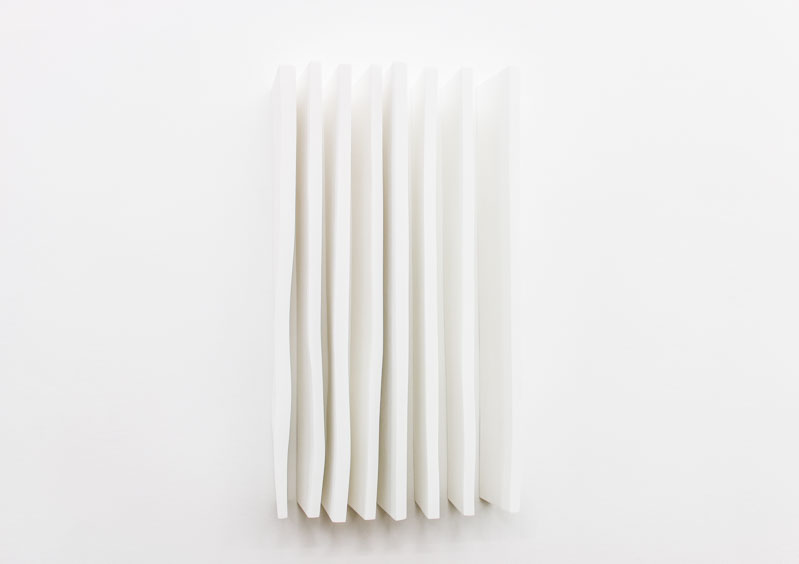 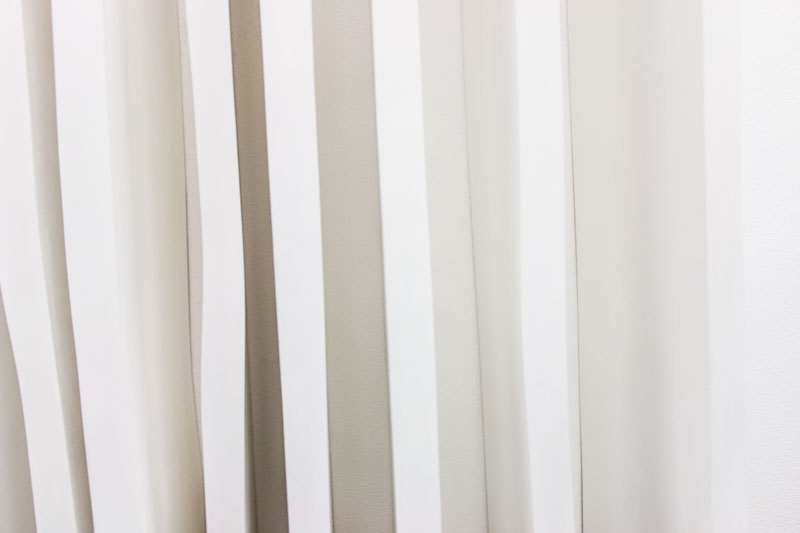 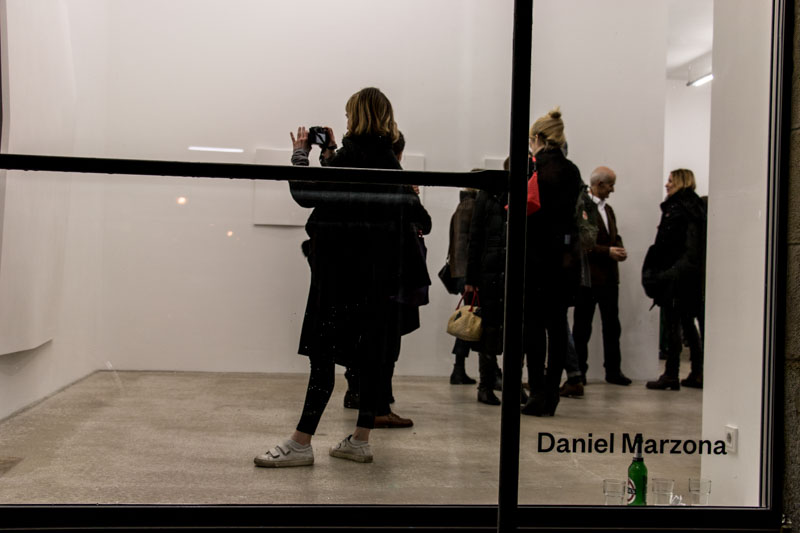 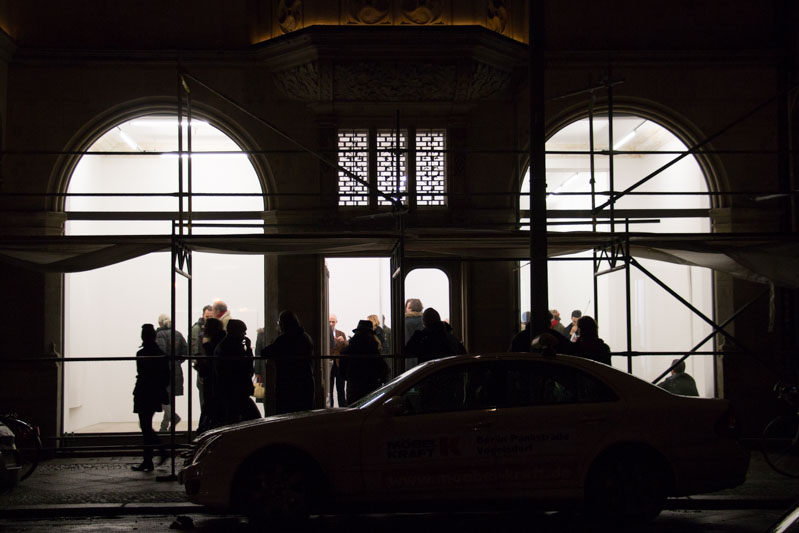