The title of the exhibition is based on a Chinese proverb, which summons the constancy of change brought by time. This theme can be seen in each of the five artist’s individual interpretations of past and present. The exhibition highlights a unique approach to the current effects of the colonial experience and addresses philosophical pondering about recuperation of the past. It deals with time in an interrupted fashion, incorporating ideas of development and evolution.

Minjung Kim‘s works, titled ‘Phasing’ and ‘Insight’, are delicate efforts on traditional Korean semi-transparent mulberry paper also known as hanji, a material known to last up to two thousand years. The works follow traditional Korean process-orientated art. Kim combines former traditions of ink calligraphy with a 1970s monochrome art form called Dansaekhwa. The mixed-media work is a carefully considered mediation on the concepts of frailty and strength, chaos and order. Mulberry paper and fire are used together to burn delicate abstract patterns and mark-makings, allowing the destructive power of flame to alter the paper in an extremely controlled way.

IM Heung-soon presents a twenty-eight minute, two-part video titled ‘Bukhansan/Bukhangang’. His work tends to develop themes touching on the psychology and politics of suffering. The first piece, ‘Bukhansan’, focuses on a particular young woman and her personal narrative. It follows her climb onto the mountain of ‘Bukhasan’, whilst the viewer listens to her autobiographical soliloquy. It is a chilling experience that enables the viewer to glance into her imagination, memories, her hopes for the unification of Korea and her anguish at not being able to return home. The second part of the video, ‘Bukgangang’, centers on the name of a branch of the Han River, which flows between the two countries of North and South Korea, crossing the demilitarized zone. It brings together themes of past and present with profound contemplation of the changes that have occurred. 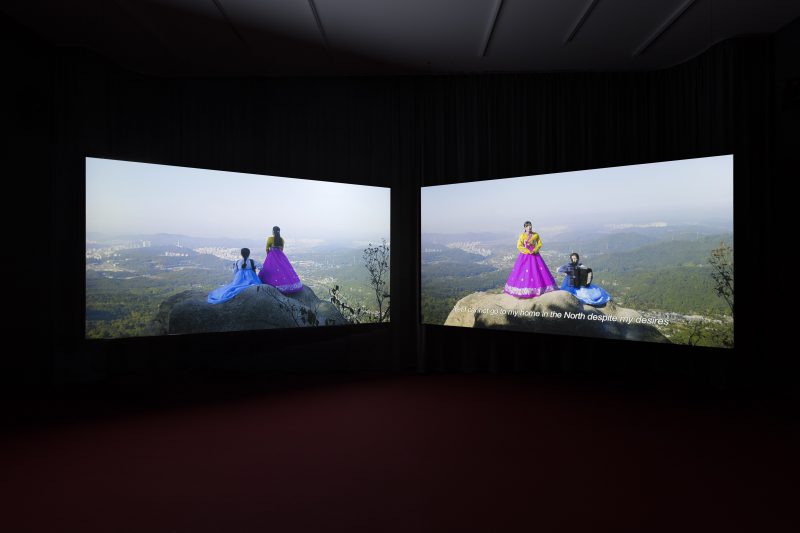 Tao Hui is the youngest artist in the exhibition and is presenting two pieces, titled ‘Excessive’ and ‘Talk about the body’. ‘Excessive’ focusses on the story of a girl who has been born with an extra finger. It rotates around her own personal torment and her parent’s distress, highlighting the family and cultural prejudices of abnormality within her environment. It is presented in such a way that refers back to the traditional aesthetics of Chinese TV dramas and movies.

His second video, ‘Talk about the body’, involves a scenario where the camera is focussed in on the speaker who is sitting on the bed, surrounded by others. At first glance, the scene could be likened to family members gathered around the sick bed of a loved one, but the central figure’s monologue itself is technical, statistical and blunt with an intense sense of estrangement. The discourse explains the corporeal traits and genetic characteristics associated with the speakers racial and regional typology. Societal norms and specific scientific explanations are given and the video concludes with a spoken resolution “to give up all of my prejudices and create my body by natural facts”. It is an unsettling piece, touching on the themes of evolution and development and is a dramatic conclusion to the exhibition. 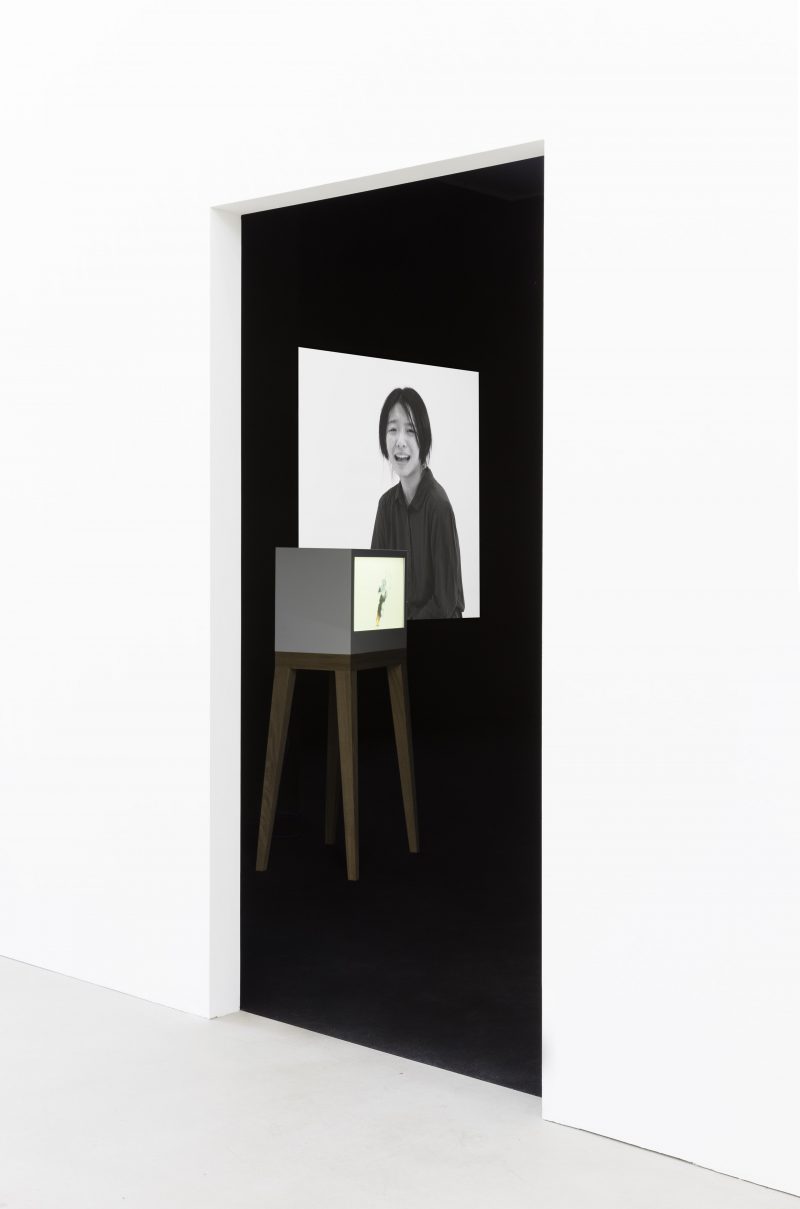 All five artists participating use their various media—sculpture, film and work on paper—to express the common notion of time within distinct artistic and philisophical expressions. The artists have evidently been influenced by world-wide discourse yet have all developed their own conceptual expression specific to their respective background and traditions. Many of the pieces are unnerving, disturbing and thought-provoking, addressing the present while simultaneously highlighting how it is connected to history and the experience of time. The exhibition incorporates political and metaphysical ideas which are all reflective of each artist’s culture and draw heavily on the proverb of the exhibition title.