transmediale celebrated its 30th anniversary by initiating a three-day celebration at Haus der Kulturen der Welt (HKW). The festival program for 2017 looked broadly at the ongoing shifts and changes within media culture. It focused on the elusive role of technological usage in encouraging and obscuring new forms of agency, looking at who or what is able to act in a culture of constant negotiations. As part of this year’s program they offered a weekend filled with discussion panels, topics ranging from the human and non-human, to the origins of androids. At first glance they appear to differ greatly in content, but common themes continued to surface throughout these dialogues. 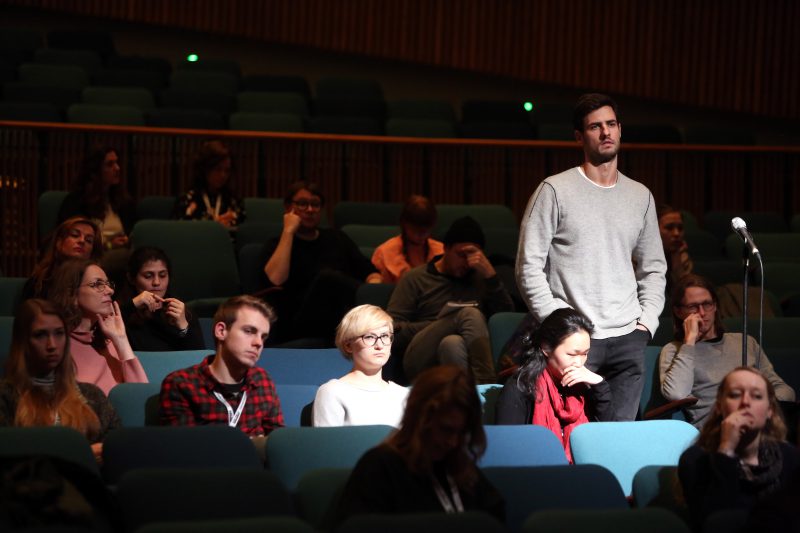 Questions from the audience at ‘Friendly Fire discussion: What It Is To Re-think Radical Politics Today?’ at Transmediale 2017

We are living in a tech-savvy world that should, in theory, make life a little easier. One of the early promises of the internet was to empower people and to lessen segregation. If this is the case, why are we still experiencing deep-rooted inequalities within our communities? Despite living in the era of accessible knowledge, we are seeing an insurgence of populist movements and post-truth politics. Various speakers throughout the weekend expressed their deep concern over our current political climate, highlighting that it is becoming increasingly important to look at what role technology could play in overcoming these issues.

The question is posed: how can we use technology to better these situations? Jutta Weber from the Friendly Fire: What Is It to Re-think Radical Politics, Today? panel, promoted the rarely mentioned example of databases as a means to improve current situations. She believes there is a lack of neutrality in new technology and that imbedded within the use of databases, is the tendency for them to be used against us. The intricacies of database collection were explained in the talk, elaborating how it is currently being used against us and directly questioning why we aren’t using this technology to our advantage? If companies like Google and Facebook can collect vast amounts of data for profiling, why don’t we consider using this data to tap into society’s collective ambitions and desires? Data collection could be used in a strategic way to reconstruct a more inclusive political narrative. Databases are, according to Weber, “indefinite, they have no beginning or end, they have no internal grammar”. If this is so, perhaps with a little imagination we can exercise search engines to tackle our prevailing obstacles. Her ideas were captivating, encouraging and appeared to be fully within the realm of potential methods, so why shouldn’t this be possible? 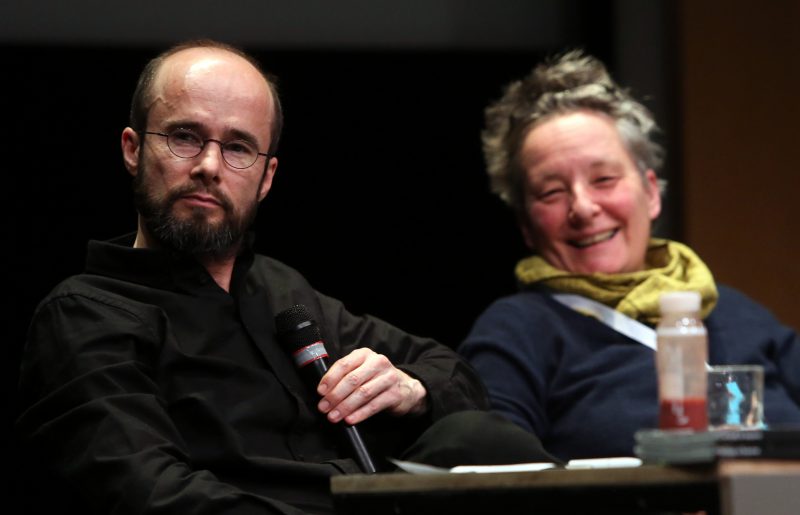 Krystian Woznicki and Jutta Weber at ‘Friendly Fire discussion: What It Is to Re-think Radical Politics Today?’ at Transmediale 2017

Not all of the speakers shared the same faith in Weber’s data assemblage theory. Despite heavy data collection made by pollsters, nobody correctly predicted the financial crash, Brexit or the election of Trump. This valid point was made by Natalie Fenton, who also participated in the Friendly Fire panel. Instead of data, she offered up the internet as a proposal to combat populism. Her ideas brought the debate to a political level rather than a technological one. Fenton, as a researcher of radical politics on the internet, emphasized the internet’s ability to mobilize a large number of people in a short space of time. She believes that the internet will be the beginning of a new political storm but only after we have crafted a mutual commons therein. 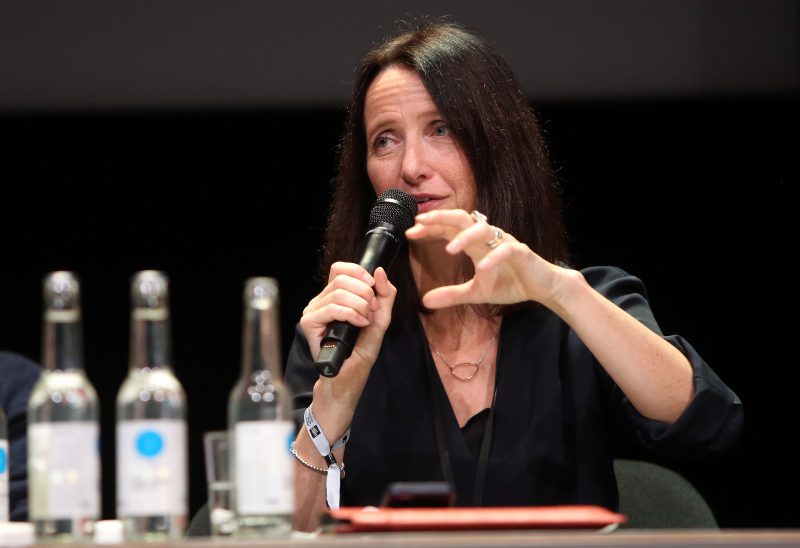 Natalie Fenton at ‘Friendly Fire discussion: What Is It to Re-think Radical Politics Today?’ at Transmediale 2017

Democracy as she described it is “crying out for mutuality” and inequality needs to be dealt with first if we want to take on populism. It goes without saying that the poor have little influence over politics and policies, and recent events simply reflect a continuously segregated society. This epilogue was the only one during the festival to illustrate the need for a grassroots movement and for a frank and honest public discussion. It stressed the imperative of a sense of solidarity and connection between classes; the political debate can no longer be confined to a certain group. Technological means can help incite change but the bulk of it must be done through power of the people. Both Fenton and Weber offered positive visions of a better future, confident that the discussed problems could be counteracted through some form of technology. They may have presented disparate ideas but the message was clear; technology can help. 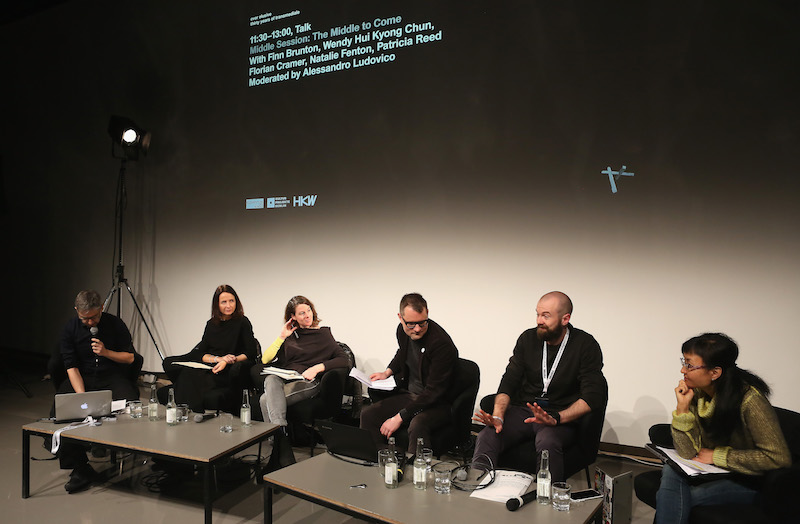 While speakers throughout the weekend tended to go with the notion that populism has been born out of and fuelled by the technological age, Florian Cramer‘s views contradicted this. During The Middle to Come panel, his dialogue took a swift turn in the other direction when he stated quite simply that populism has existed in many different forms throughout history and isn’t going anywhere anytime soon. He repeatedly stressed that populism must not be mistaken as a new phenomenon. To back up his claims that populism won’t be easily rid of, he referenced the 4chan website, an internet platform where image-based bulletin comments can be posted anonymously. It is one of the very few uncensored and non-corporate havens left online. This platform was actually the birthplace of the ‘Anonymous’ movement and various populist groups. It would then seem, as indicated by Cramer, that open platforms on the internet and databases cannot combat the issues as they provide any budding radical ideology room to grow, albeit left or right. 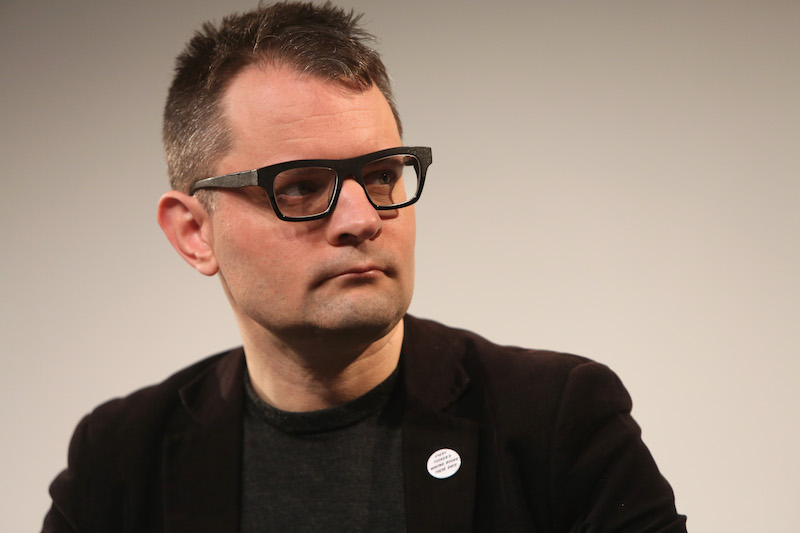 Florian Cramer at ‘The Middle Session discussion: The Middle to Come’ at Trandmediale 2017

Many important ideas were proposed and cultivated over the weekend’s talks, and difficult and uncomfortable questions were tackled about the root causes of our current political situtation. It was an interesting stance for transmediale to take and the message was clear; we are experiencing a social and political epidemic and we must explore and rethink ways to combat its detrimental consequences. Despite the passionate theories, no clear solution was offered. There was certainly a hint that change was in the making, but there was little indication on how to realize any of the suggestions that were made or even where to begin. The overarching question remained: if we don’t examine our relationship with how we use technology, who in the future will hold the power and who will be left behind?