“We like to put words on things,” Heather Phillipson says in her video ‘put the goat in the goat boat’. We like putting words on things, it’s true, but as Phillipson’s works suggest, things might not feel so warmly about this fact. Indeed, words themselves might take issue with our casual deployment of them to achieve our own ends. “Used to conceal incompetence,” Phillipson writes in a section of her 2013 text ‘Not an Essay’, “words often reek of perspiration.” The perspiration might be of human origin, but it also may not be. Words themselves enact a kind of labour that might reasonably be described as performative in Phillipson’s works, particularly her videos. 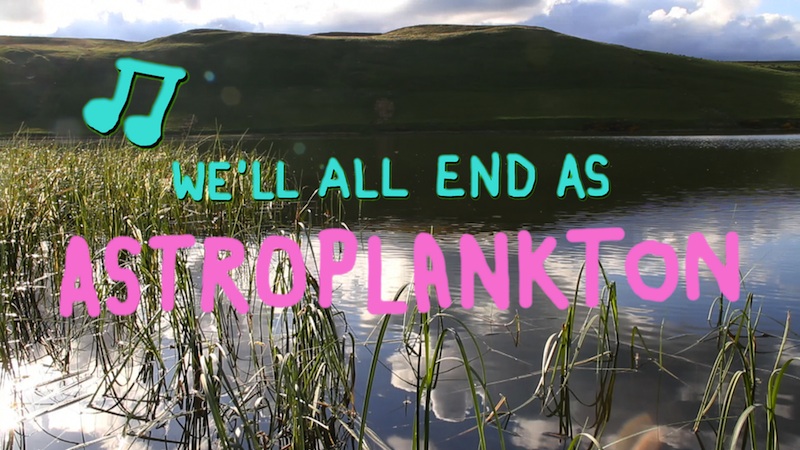 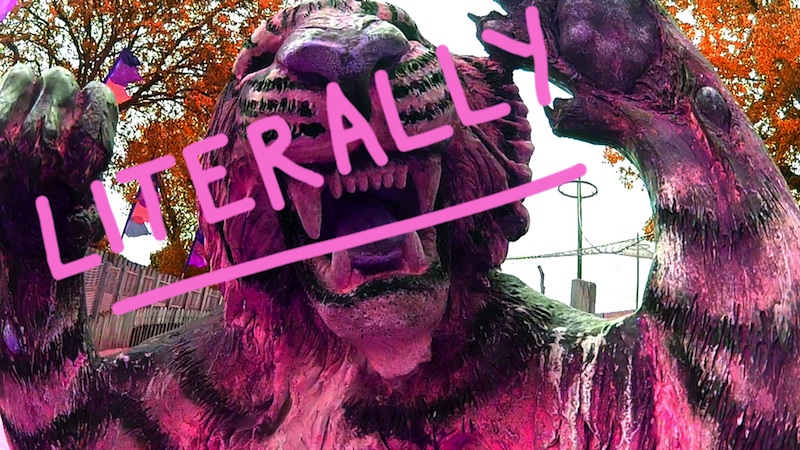 In ‘put the goat in the goat boat’, for example, words appear in squiggly fonts often seemingly at their own pace; as in the drowsy, out-of-sequence appearance of the phrases “well-designed” and “carefully prepared” during a section of the video. One can almost smell the perspiration being generated as graphical appearance and vocalisation diverge from each other. Such words are made to perform their roles as words, not merely phonemically, but also physically as objects in their own right, and this double burden creates a kind of visual and cognitive strain. Words, thus, appear as stressed out about their quest for meaning as the people who live their lives by them; again, from ‘Not an Essay’—the Magrittean title of which also gestures toward this tension—“They promise escape from anxiety but usually just exacerbate it.” As Phillipson knows, words also promise the exact opposite as well, and humans who seek shelter in them are eternally having the magic carpet of understanding pulled out from beneath their feet: “words are a bad habit, a routine of heightened sensation and self-punishment.” 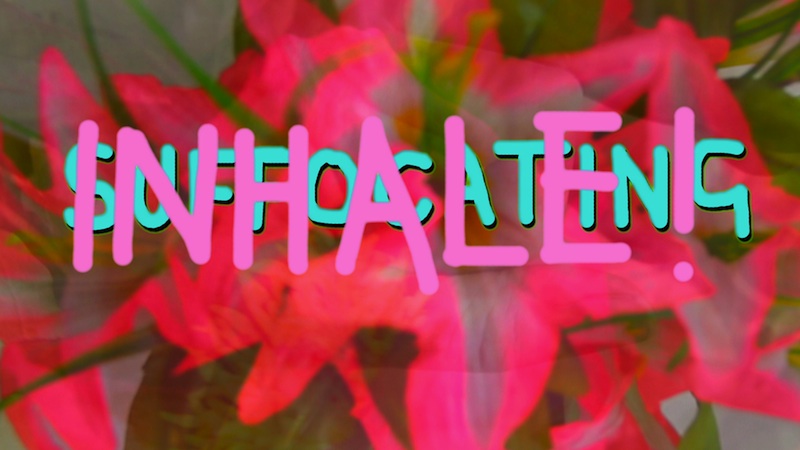 Phillipson’s videos often begin in a fairly comprehensible place—a gynecologist’s office, an armchair, a department store—but they spiral off into a menagerie of associations and digressions that pose much larger questions than “Did I remember to bring my towel”? (from ‘Final Days: Towels’). Anyone familiar with the last fifty years of linguistic philosophy is likely well-acquainted with the Copernican shift the word has suffered since the era when thinkers like Rudolf Carnap attempted to delineate isomorphic relationships between words and meanings. Words are now understood not only not to be solely repositories of meanings, their meanings themselves are subject to the same infinite regresses that earlier philosophers encountered seeking the cause of the first cause at the beginning of time. This slippage can be devastating for some, but it can just as easily be liberating. 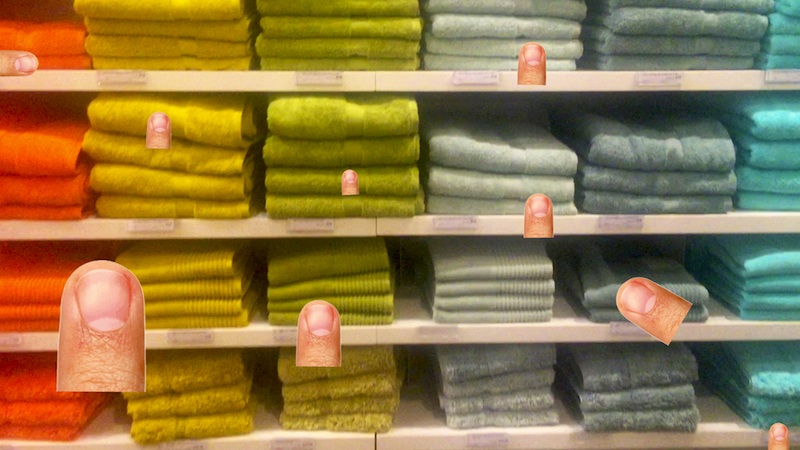 Phillipson, for her part, seems to exult in the capacity of a word to escape its apparent meaning, or when a signifier-signified chain can be collapsed or disrupted, as in ‘Serious Traction’ where words and the objects they can denote play a strange game of substitution and symbolic hide-and-seek. The word “speculum”, for example, is replaced in the video-poem by the object itself, and the letter “O” takes on an almost infinite set of meanings, not least including both “office” and “orifice”, but also the onomatopoetic cry the letter by itself embodies (and of course, as always, the letter plays itself as a physical object, too). Such a complex matrix of significations can be dizzying but Phillipson is deft at ensuring narrative intervenes to save any single word or symbol from meaning too much, or too little. 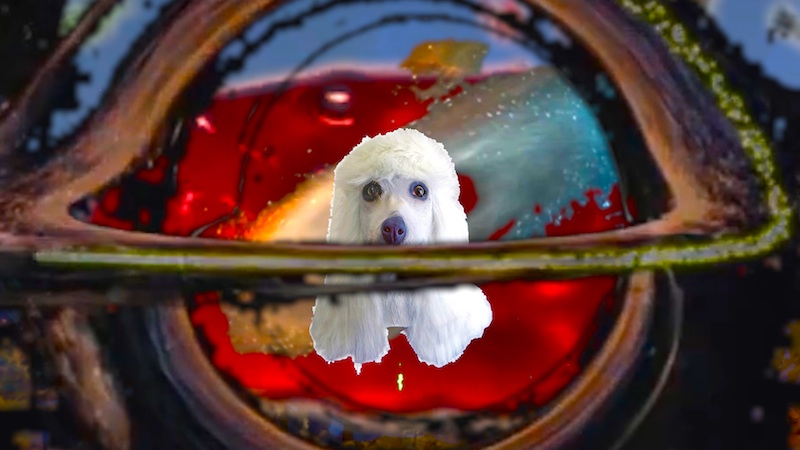 Phillipson’s works are in some ways odes to ostention, the capacity for lexical or linguistic meanings to be translated through the medium of intention. Instabilities become investigations of context. As the philosophers Deirdre Wilson and Daniel Sperber, in their ambitious book ‘Relevance’, note, the surprising thing about language is not that misunderstandings occur, but that communication itself occurs. Dethroning the lexical centring of communication is not only a matter of semantics, but it is also a matter of epistemology. Individual words—“microbeads”, for example—make appearances across different videos, and repetitions, particularly of names in the video ‘100% Other Fibres’—ostensibly addressed to a dog named Gavin—are windows into the ways in which meanings are engendered as much by the disruption and breakdown of language as it is by the convenient stopping points provided by words.