The Los Angeles gallery Regen Projects, which boasts a roster of artists including Wolfgang Tillmans, Matthew Barney and Glenn Ligon, has bestowed its chasmal interior to Theaster Gates for his exhibition, ‘But To Be A Poor Race’. Drawing inspiration from W.E.B. Du Bois’ groundbreaking work ‘The Souls of Black Folk’ (1903), Gates produces an oeuvre of sculpture, painting, materials and objects, and a video installation that references Du Bois’ commitment to the advancement of African Americans as one of the most celebrated frameworks of the modern Civil Rights Movement. 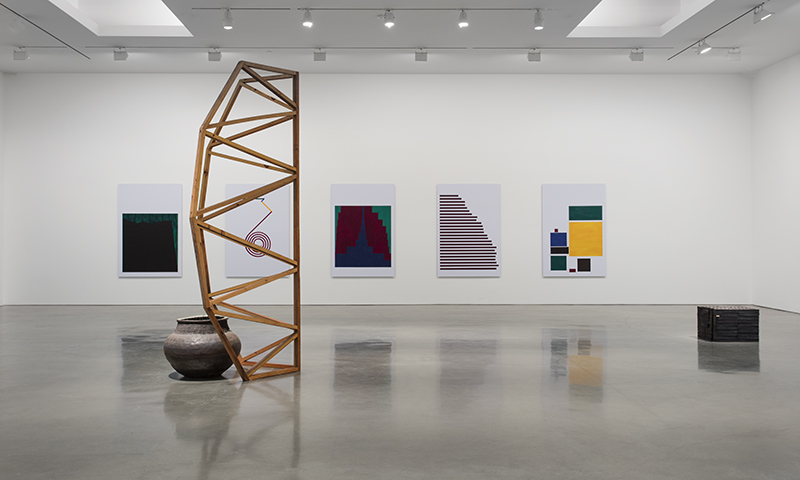 Such references include Gates’ reinterpretation of Du Bois’ extensive deployment of research and data on the status of blacks in post-Emancipation, in the form pristine and geometric paintings.

In ‘Like Space On a Page’ (2017), Gates fashions JET magazines into bound, black hardcover books with various golden text imprinted on the sides. Lined up and fitted perfectly on a steel shelf contrasting with the piercing white walls of the gallery, the books strongly resemble a library of Bibles or other liturgical texts, where the power and reverence for the Word is limitless. 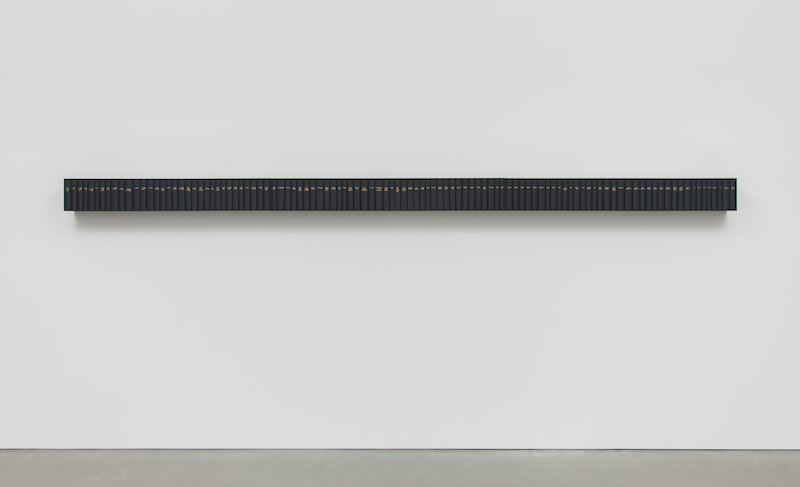 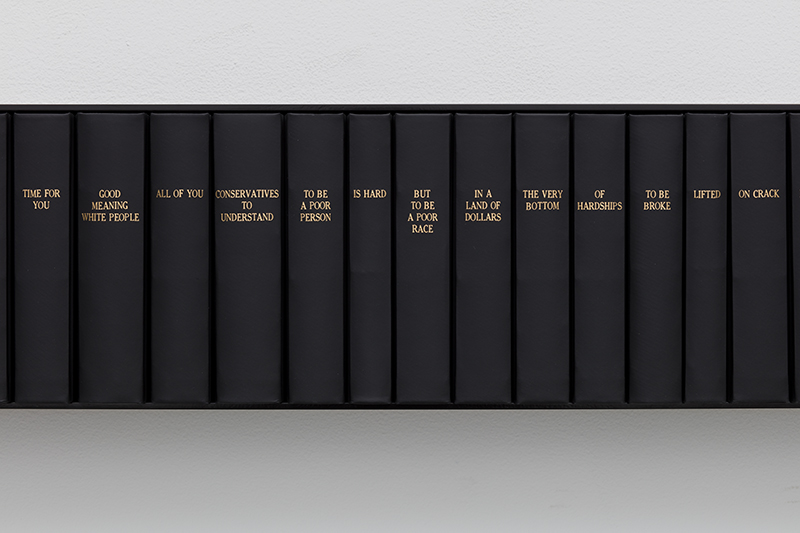 Likewise, in a similar manner to the tightly-fitted library of JET magazines and their repurposed covers, ‘Dirty Red’ (2016), a quilt of upholstered old fire hoses on wooden panels, hangs on the gallery’s walls. The use of the fire hoses is symbolic when viewed as a tool of oppression and systemic violence, harkening back to tactics used by the police during the Birmingham campaign. But stripped down and taken out of context, the fire hoses are sterile and their colors fading, rife with blemishes and tears; in other words, useless.

Projected on the walls of a more private and enclosed space, ‘My country tis of thee’ (2016), a singing performance by the artist accompanied by members of the group The Black Monks of Mississippi, permeates throughout the other gallery spaces in an ethereal and echoed cadence much like that of a distant cantor in a church. Gates did in fact film and record this piece in a church, and his performance at the altar—incorporating elements of sardonic, overzealous shouts to sincere and soulful crooning—blurs his role as minister, choir leader, entertainer and performance artist. 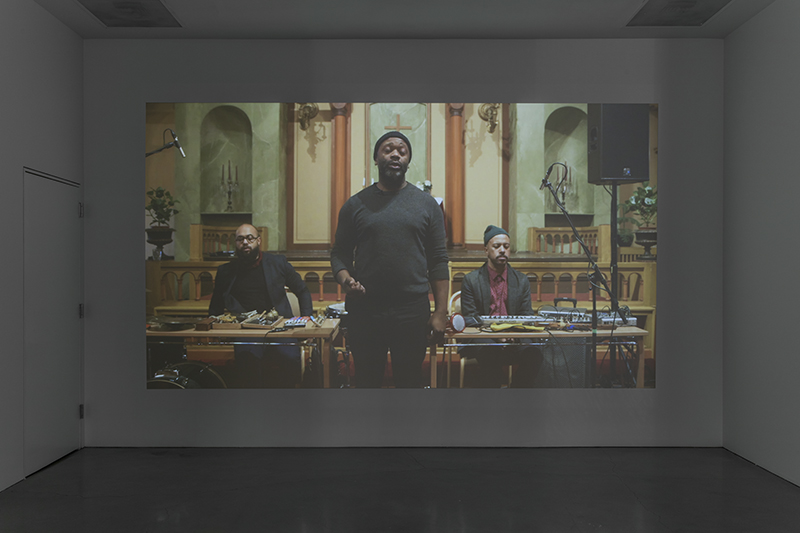