This month, Mexico City was rocked by two massive protests coinciding with the openings and closings of its two biggest art fairs, the established Zsona Maco and the younger, hipper Material. The latter was more pronouncedly affected as dealers’ and buyers’ treks to Expo Reforma were uniformly delayed, though any large disruption in commerce seems unlikely. 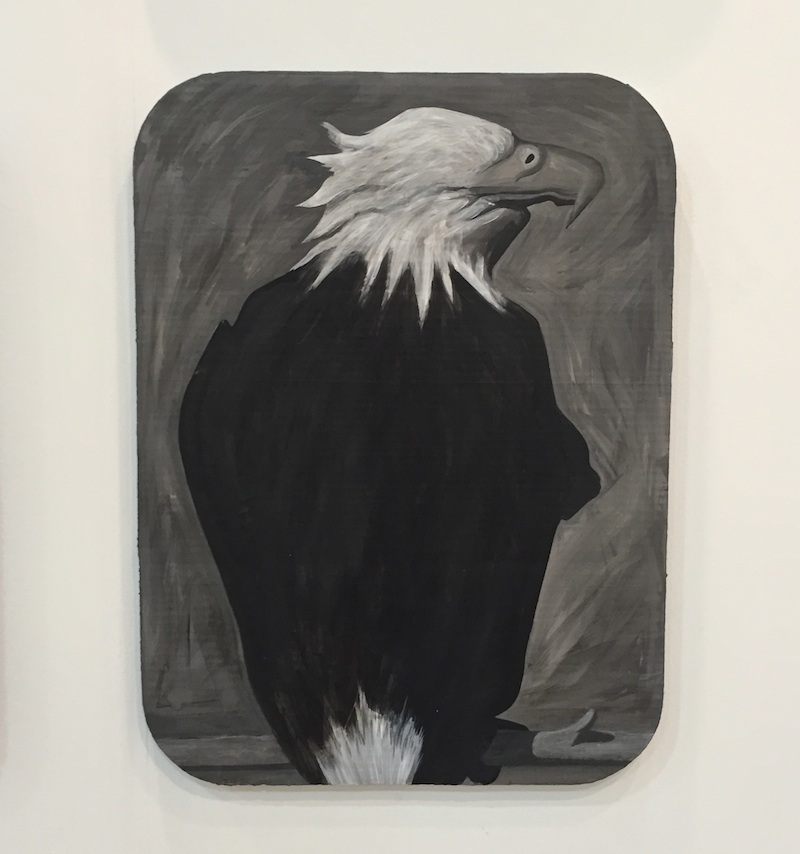 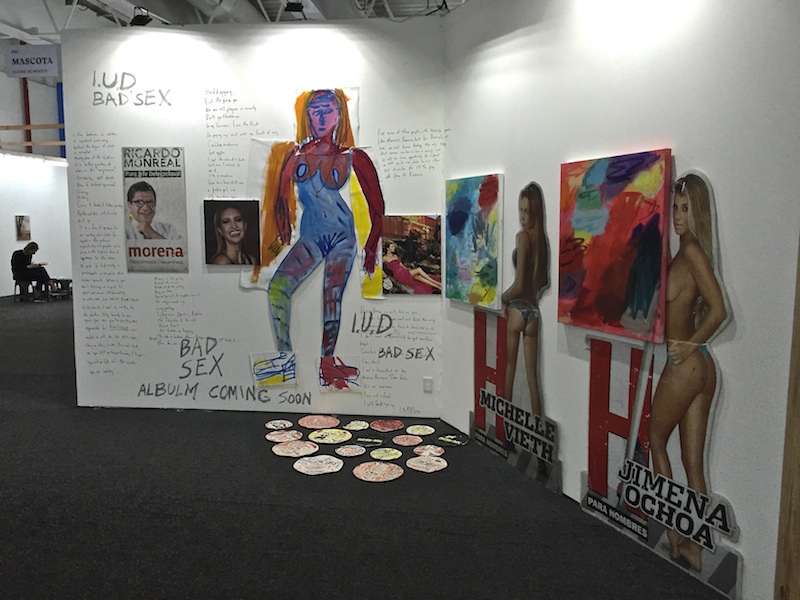 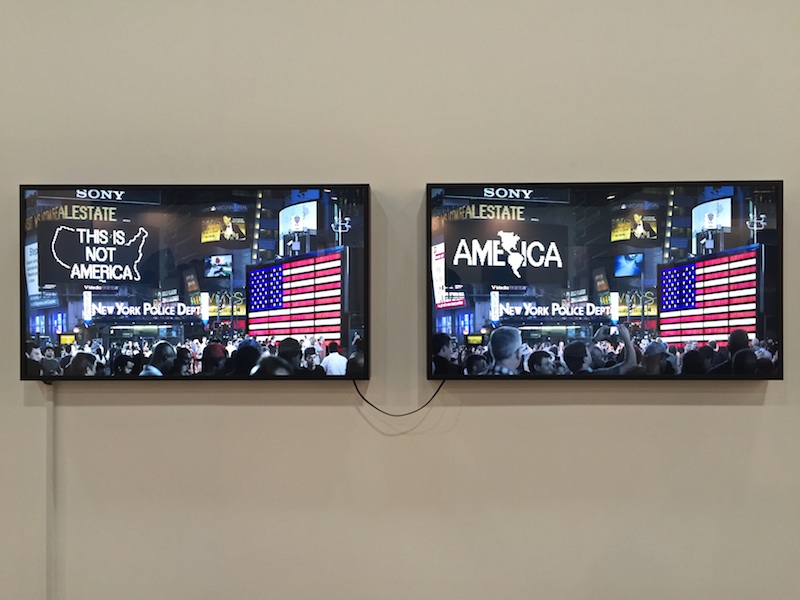 Perhaps the least tongue-in-cheek political work displayed last week was Chilean artist Alfredo Jaar’s somber ‘A Logo for America’ at Galerie Lelong’s Zsona Maco booth. The two lightboxes document large-format displays in Time Square, photographed last year. One half of the piece portrays the North and South American continents with the logo “America”, while the other half shows the outline of the United States with the overlaid assertion “This Is Not America”: an erstwhile plea for friendly borders. Elsewhere in Hall C, Dallas’ Erin Cluely Gallery hung an overtly metaphorical series of eyeless bald eagle paintings by Francisco Moreno. Mexico City’s Parque Gallery featured Allen Rupersberg’s more generalized anti-capitalist posters. 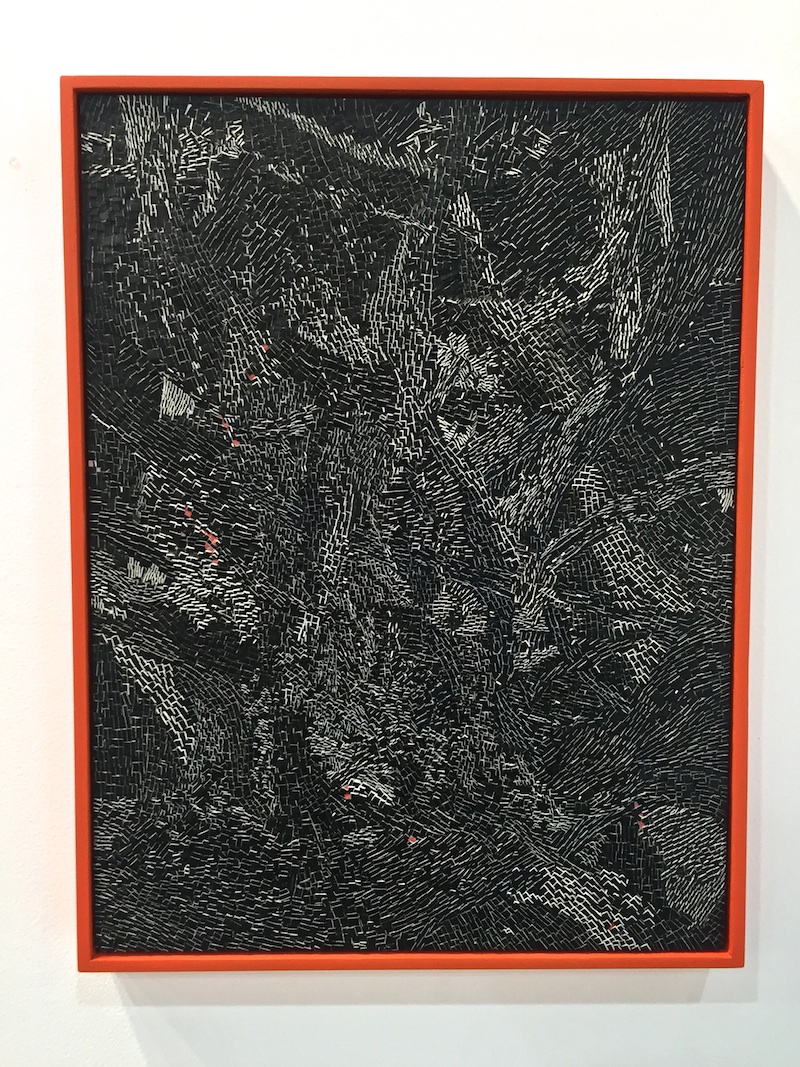 None of this illustrates that either fair hosted holistically political agendas. For the most part, it was business as usual. Any indicators of chinks in the armor of the for-profit art world could mostly be seen through the sheer quality of works brought to sell. Attendees, gallerists, and collectors seemed to agree, 2017 was a banner year, especially for Zsona Maco. Brussels’ Harlan Levy Projects booth was particularly outstanding with crypto-cyber works by Amelie Bouvier, Marcin Dudek and Emmanuel Van der Auwera. Dudek’s densely collaged circuitry of knife-cut gaffer tape suggests mechanical wizardry within mundane monochrome. Mexico City’s Marso Galleria astonished with the fair’s most tactile booth, its floor composed of a layer of concrete over foam—intended to shatter and crack under visitors’ every footstep—playfully undermining, yet complementing the concrete, paper, and metal constructions brought by current artist-in-residence, Sao Paulo-based Lucas Simoes. 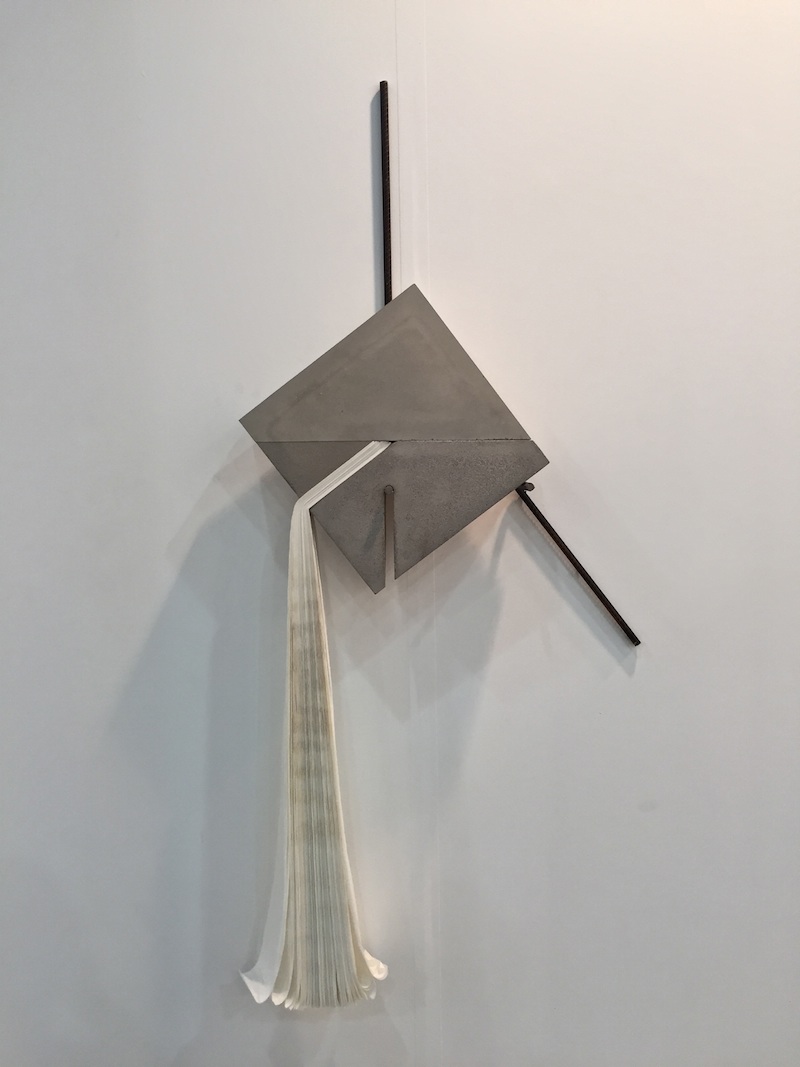 Blue chip galleries fronted the beginning of each row. Their primary placement still replete with compelling works, from the consumerist commentary of Pia Camil at OMR Gallery to the whimsical bead-based wall hangings of Paola Pivi at Galerie Perrotin. Mexico City’s House of Gaga took one of the biggest risks by supplying works entirely by virtually unknown Mexican painter, playwright, poet and all-around madman, Juan José Gurrola, hedging their bets on his deservedly rising profile as an indispensable Mexican artist worthy of collectorship proliferation. 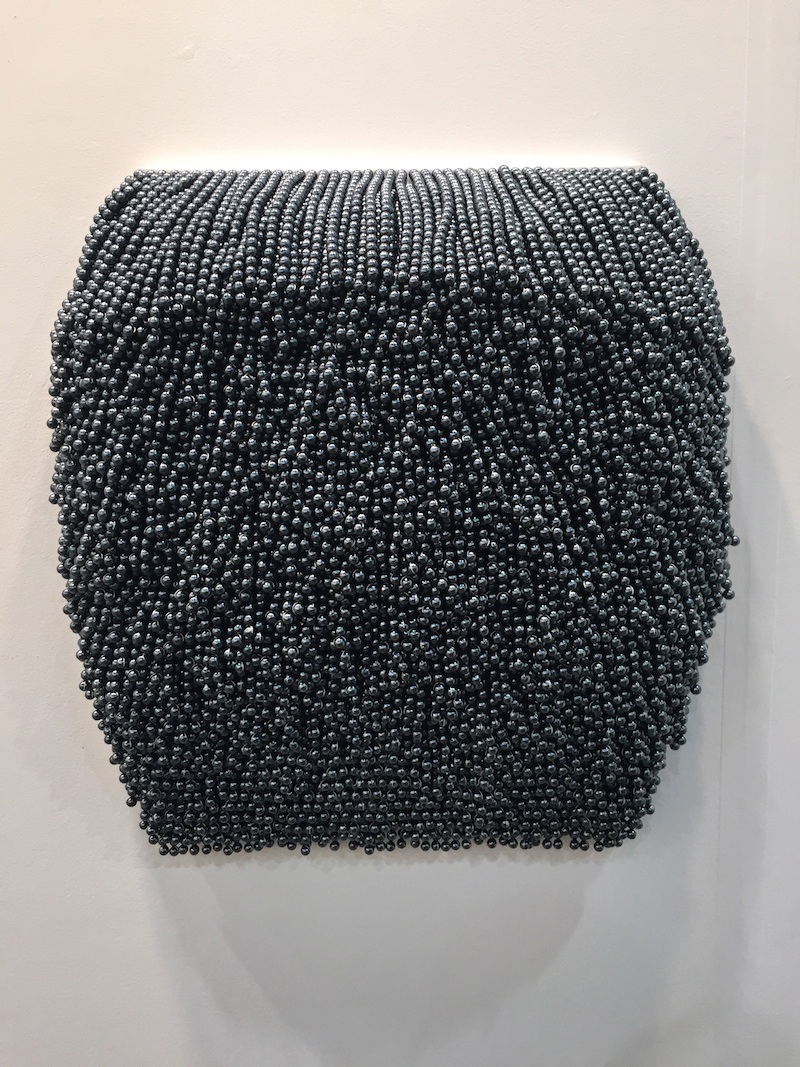 Alongside its stellar contemporary art presence, Zsona Maco’s 2017 exhibition devoted entire sections to modern art and fashion- and design-based works. Any issues-based components could theoretically have had similarly sized representations in past iterations. And frankly, it could be said that Material had a larger phallus-based thematic than a political one. Neon dicks, cactus dicks, dicks on statues, dicks of oil-based paint, all a cue to breathe easy. Commercial fairs aren’t going anywhere just yet.