In the corner of a café at Potsdamer Platz, I prepared myself to meet director Ashley McKenzie, whose 2016 feature film ‘Werewolf’ was making its debut at Berlinale 2017. Among the red carpets, anxious ticket-buyers and frantic preparations for evening screenings, the sentimental, Canadian project seemed far removed from the riff-raff of a high-profile international festival.

Filmed with a small crew, cast and budget, McKenzie directed and wrote the script around two young outcast methadone users trying to navigate their way through small-town life. Armed with nothing but each other and a rusty lawnmower as a source of income, Blaise and Nessa try to quit bad habits even if it means losing each other. 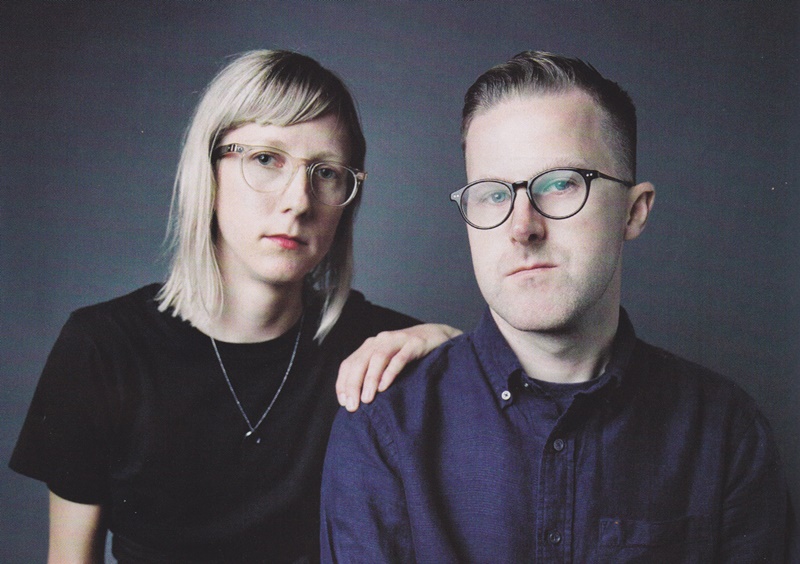 Drawing inspiration from people and events in her hometown, ‘Werewolf’ is not afraid to take on the mundane or, indeed, the easily overlooked. In fact, the film takes great pride in magnifying small nuances and changes, the twitch of an eyebrow or the buzzing of a fly. In wide, panning camera shots, the film gears itself towards a tunnel-vision of the every day, without using the obvious choice of a close-up.

The film itself is one of perspective and gives the audience a choice regarding which viewpoint they come to agree with. ‘Werewolf’ doesn’t give you an answer, nor does it side with any particular character. The feature film generates questions more than anything and leaves audiences with more than one response. Despite the harshness of the subject, the film’s tone is soft and comes across as non-judgmental in its platform. Although looking at the specificities in the Canadian context, McKenzie has tapped into a universal understanding of loneliness, isolation and confusion.

Towards the end of the film festival, I was fortunate enough to meet with the director and probe deeper into her Nova Scotian world and, of course, ‘Werewolf’. 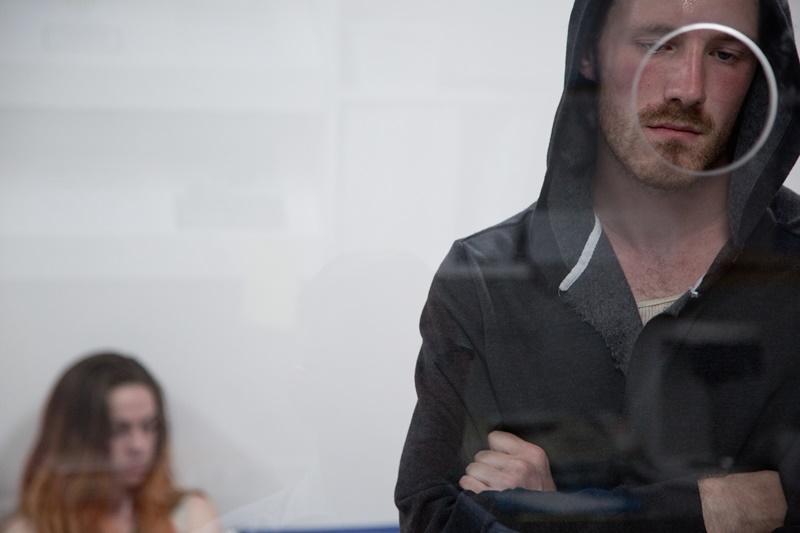 Monica Salazar: ‘Werewolf’ is set in Cape Breton, a small island in Nova Scotia, Canada where you were born and grew up. Tell us about the decision to direct your first feature film in your hometown.

Ashley McKenzie: When I started to try and make films, I went to university in the capital of Nova Scotia, a 5-hour drive from Cape Breton. I always had the intention to make films at home but it wasn’t always possible because there’s no film industry there. I kinda had to go away, make those contacts and go back. So for me, as a filmmaker, I was really inspired by real life things and people. A lot of stories that captivate me are rooted in that place. At this point in my life and career, that’s what’s inspiring me. That may change but it feels very weird to make a film in Toronto, for example. I feel very rooted in my community.

MS: The discussion of the Canadian film industry is often viewed and understood through the busy metropolitan landscapes of Toronto or Montreal. In your decision to capture rural life, how important a role did nature and the outdoors play in the cinematography?

AM: In Cape Breton, there’s the highlands part which is really beautiful, a huge tourist attraction. And there’s also post-industrial Cape Breton, where I grew up. Those landscapes influenced my art practice. In the tradition of Canadian cinema, any film that comes to Cape Breton or Nova Scotia to shoot is always about the scenic part. One of my short films, ‘Stray’, was more of an environmental film in the sense that it was a piece about my childhood; minimal and post-structuralist. In that film, there were more wide-shots and sense of landscape but with ‘Werewolf’, I was going for something different. [Werewolf] is kind of de-natured, actually. I felt like the story was about not having mobility, feeling trapped in a claustrophobic world. I intentionally didn’t show the broader environment; a big establishing shot didn’t feel right in this particular story.

MS: The core focus is more about the characters and how you capture them?

AM: Yeah, this film is very much influenced by young people that I know in my own life and is very much a portrait of people. I think I would call it ‘poetic portraiture’, in a way. On the production side, we are a small team with a small budget, so we decided to not make a Hollywood film. In Canada, so many people look towards the Hollywood model. Whereas, for us, to replicate that model would make no sense. We decided to visually think about the film instead of having a really large canvas; operating on a reduced, minimal level so more microscopic things could tell the story, which carries a lot more meaning. 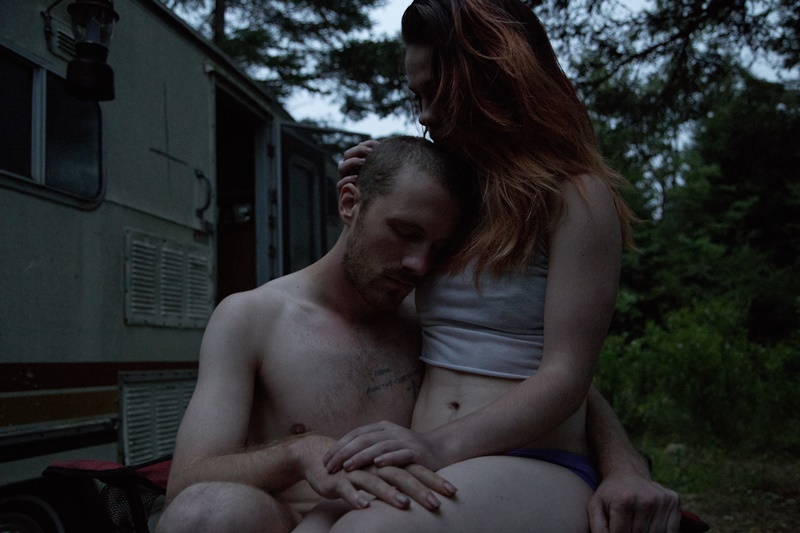 MS: I think the film came across as very natural. I sometimes felt as though even though I couldn’t share the experience, I understood the sentiment. Do you think that had anything to do with the fact that your lead actors were non-professionals?

AM: Yeah, the lead actor Andrew who plays Blaise is the only person that had ever been in a film before: a short film we had made together before. Bhreagh, the lead actress, is in theatre school, but she had never done a film and everyone in the periphery, that these two main characters come into contact with, were often real people, being themselves. We made a decision early on that we wanted to cast entirely locally because we wanted more shooting days and it also gave the film a more documentary feel.

MS: The cast and crew are all from Cape Breton, so within that, there has to be a level of understanding with each other, especially within the dialogue. For example, when working with new and local talent, what room did the actors have to improvise and interpret the dialogue you’d written?

AM: I spent a lot of time writing the script and I know the actors took it very seriously but most times when we would shoot, I wouldn’t be very precious about it. For me, working with mostly non-professional actors, trying to prescribe a script onto them is going to suffocate the good things that you get from untrained actors. Sometimes it means that things don’t work and you have to do another take to adjust it slightly, but generally, they take it in any direction. It means that we get a lot of footage and there is a lot of sculpting in the edit: the film changed a lot, and we would re-write scenes every night. The film was made up of mostly non-scripted stuff. It definitely evolved naturally, more so than a short film in the shooting process.

MS: How did allowing the script to evolve naturally impact your thoughts on script-writing and directing?

AM: I definitely feel like I’ve learned a lot of things but, also, I realized that every project’s different and it calls for different means. I was left with the feeling that maybe I shouldn’t spend so much time writing a script [and] that maybe I should have just written an outline, then gone to find my cast and locations; spending time in those areas with those people. Only because there were so many instances where we were in a location and there were already people there and we had to integrate them into the film after spending so much time writing and casting someone for a role. I was sort of thinking that maybe in my next film, I shouldn’t take the writing so far. I like the idea of having scenes that are longer and extend more, but that might require a strategy. I just want to be in tune with whatever I do. 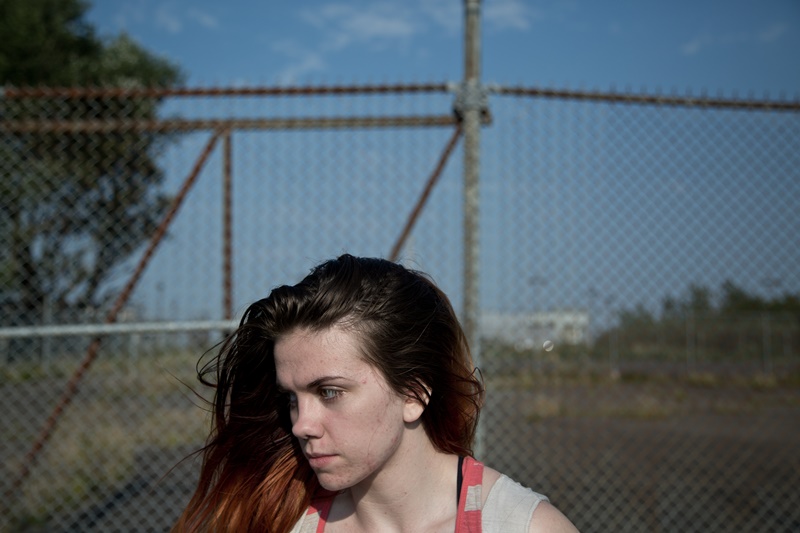 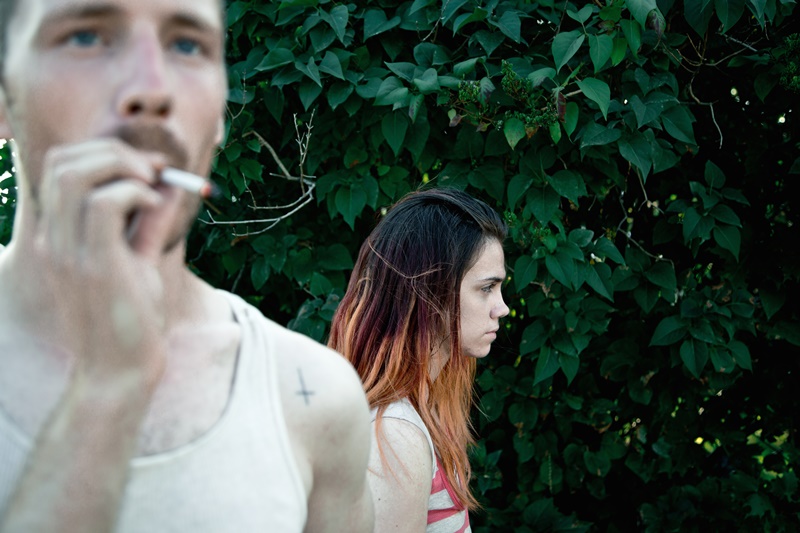 MS: Congratulations are in order for your film has just debuted at the Berlinale. After positive reviews from its Toronto International Film Festival premiere in 2016, what kind of feedback have you received so far from Berlin audiences and critics?

AM: Very positive feedback. I’ve been very impressed with the film audiences in Germany. There’s more of a general audience that comes out, it’s not just film industry people and filmmakers. The general audiences seem very film literate and patient, not just interested in seeing a big blockbuster; they want to see the full product. The comments audiences are making seem like they’re connecting with the work, maybe because it’s more of an immersive experience that they have. 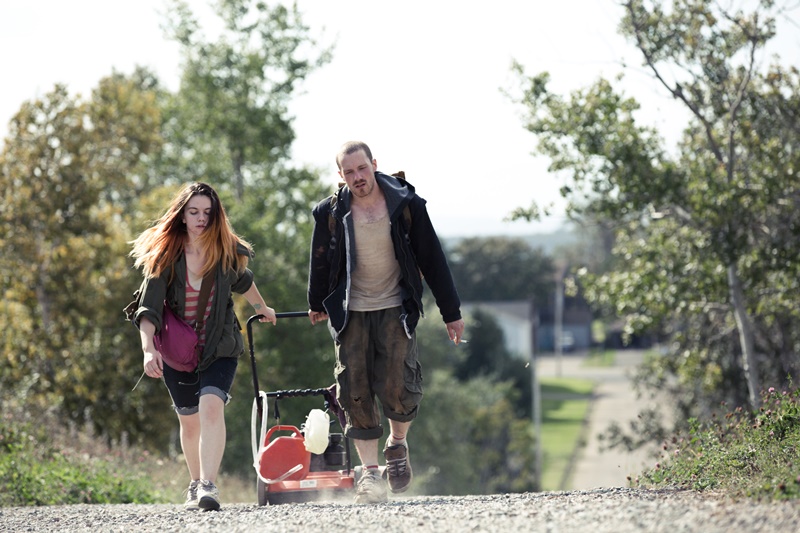 MS: How does that immersive experience differ from premiering somewhere like Cannes, where the focus is a lot more commercial and metropolitan?

AM: It’s different everywhere and we actually did a screening in my hometown, through which we raised money for an organization. A lot of people in the room had actually lived this story that we were telling, so it was a lot more communal. [In Berlin], I think I was impressed by how many people actually come out to see films here. I find that with other screenings, as soon as the credits roll, people just rush out of their seats and into the next place. Everyone here stays for the whole Q&A and for me that stood out more than any other screening I’ve had.

MS: Finally, before you go, what is one thing you want audiences to take away from the film itself and from your portrait of Cape Breton?

AM: That’s a good question. I never really thought about the film in terms of drug-dependent characters, I felt like my focus was just about characters. I think it’s interesting that the idea of addiction and dependency encompasses a pretty wide spectrum of things where we can all situate ourselves: whether we’re addicted to work, films or oxycontin. We all have the capacity to end up in a similar situation. [Regarding] Cape Breton, even though I’m focused on location and specificity there, I also feel like I’m trying to move away from how it’s typically represented; this tradition of characters who leave and head towards Toronto. Escaping for the big city is the narrative trajectory that’s most common in Canadian cinema and we decided to tell a contemporary story about people who don’t get to leave. I guess in some ways, by making it closer to home, we wanted people to experience and take that away. We wanted to see Cape Breton on a global scale because it really is a beautiful place to visit.