Several years ago, Hanne Lippard and I were constantly bumping into each other on the corner of Adalbertstraße and Oranienstraße, close to her former studio, where she resided for three years. During one of those quick catch-ups, Lippard mentioned the loss of her studio on Köpenickerstrasse, resulting from gentrification problems. The same old story: artists being kicked out to open up new spaces for start-ups or real estate. Now, the artist-writer shares a windowed studio with a graphic designer on Leipzigerstraße. 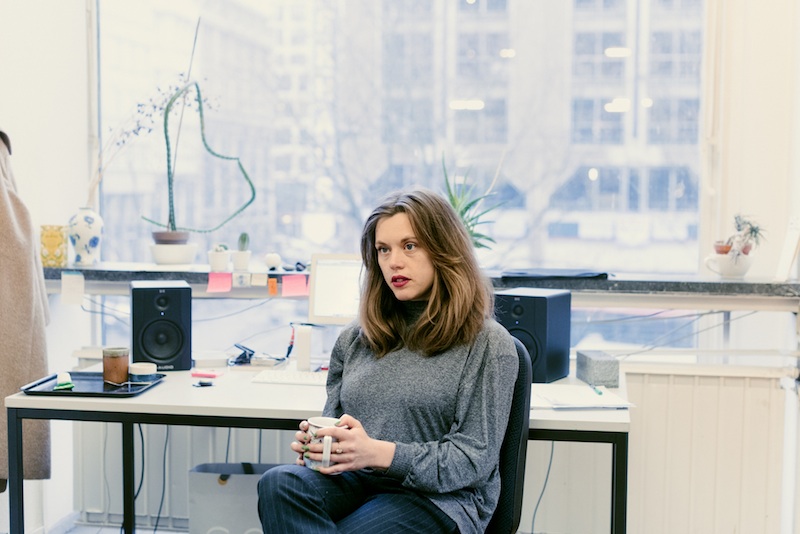 The small room we enter, off a fluorescent-lit corridor, is bereft of warmth, to be honest: is it the light or the cheap plaster? Nevertheless, Lippard’s aura, an effortless cool, lingers in the air. Texts are pinned on the wall: an excerpt of Ian Wilson’s work and another one with questions like, “What is your reason for being; What is your reason for human being; What holds you back? What strengthens your spine; How do you handle stress?; How do you handle handshakes?” – and lipstick, hand cream, a pile of tickets and bills alongside books by Roland Barthes and John Berger are lying on the shelves. Nothing here is fancy, despite the fact that the studio looks out on one of the most chic streets in Berlin. Coming here, to this white room in a quite unusual building near the hub-bub of Friedrichstrasse, must offer the mental and physical separation needed to contemplate and write. Lippard prefers to use a proper studio to record her texts, and in theory, her work can be done anywhere. Nevertheless, the need for silence is crucial. For her, things happen naturally in this room: she comes early in the morning, closes the door, thinks or starts writing and reading the texts aloud. Despite the importance of exclusion from the outside world, Lippard is inspired by city life and the commotion it generates. In light of this, she could never imagine being in a remote place for a residency. 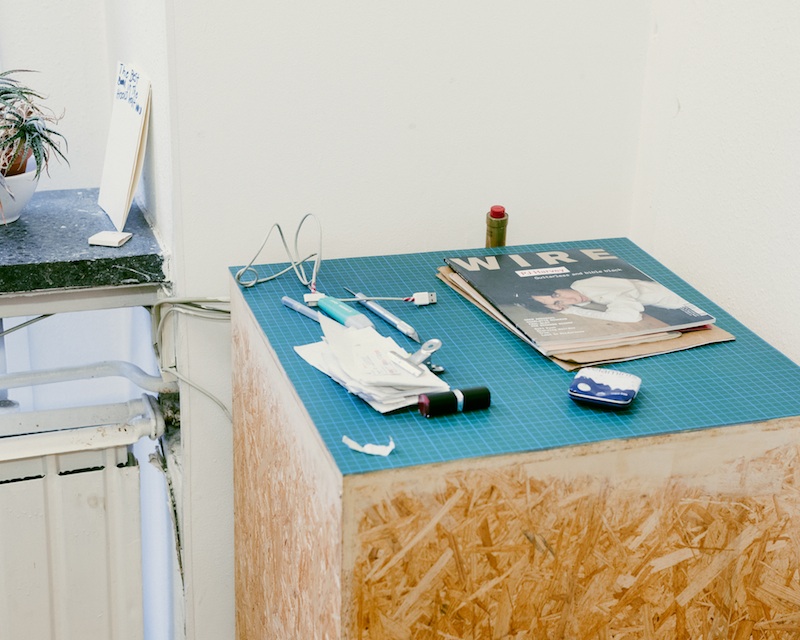 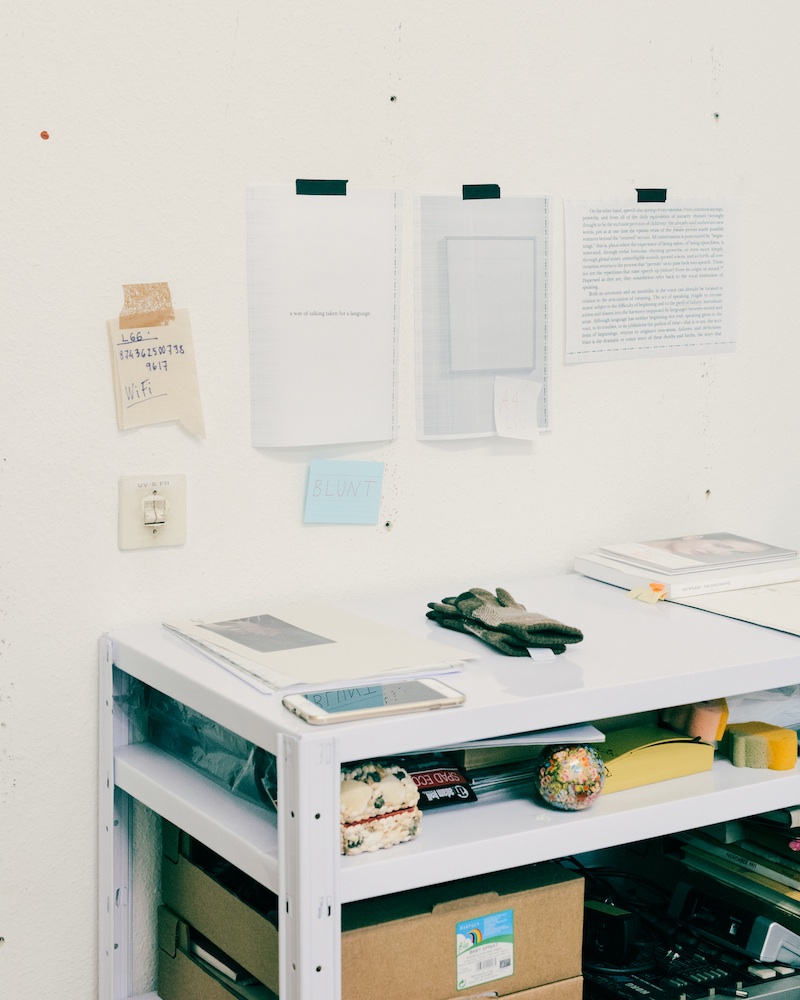 Lippard’s calm and hoarse voice adds tranquility to our conversation. The artist is adept at using her voice and observing the subtle nuances of absurdity. In 2013, I invited the silver-tongued artist to MASA Berlin, where she performed ‘Cleanse’ with the text ‘Detoxercism’, focusing on the similarities between the rituals of detox and exorcism, alongside the improvised music of Paul Arambula. At the end of the performance, Lippard served vodka with garlic and kale smoothie shots. This kind of black humor is still apparent in the artist’s works. Moreover, Lippard’s texts are products of a particular mood or a phenomenon. Dreary quotidian life finds its way into the short, found texts that inspire Lippard: say, online psychology tests for self-diagnosis (like in the text ‘Bag’, performed at Bold Tendencies in London in 2015). It’s never about writing from A to Z or grappling with long texts. Lately, the writer-performer has been thinking about excuses and apologies: the discussion around the tendency of women to be more apologetic and the frequency with which we use them in our contemporary lives. Lippard, for instance, finds herself starting every email with the word sorry: “ I’m sorry I couldn’t get back to you; I’m sorry I couldn’t say Hi…” 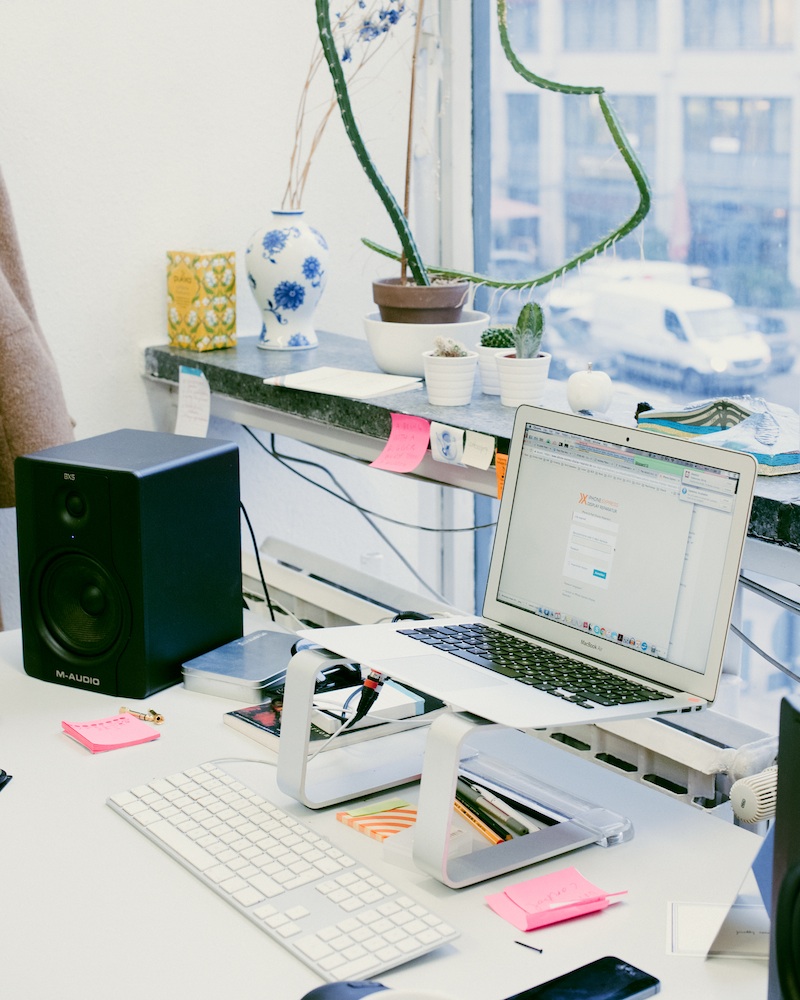 Lippard’s installation ‘Flesh’ (2017) is currently on display on the first floor of KW Institute for Contemporary Art. In her first installation without her bodily presence, Lippard uses the existing parameters of KW and constructs a new space within the space, where visitors enter through a massive circular steel staircase. The interior dimensions of the mezzanine floor that occupy one-third of the first floor bear some resemblance to the strange low-ceilinged rooms in the film ‘Being John Malkovich’. Finding yourself in an in-between space amplifies meaning and creates a feeling of limbo. Needless to say, Lippard’s eloquence shifts the impact of the whole installation. The text that we hear is inspired by the lingo of online journalism and the notion of time, which is an ongoing theme in Lippard’s pieces. Not only the spatial parameters, but also the way the voice travels, plays with circularity. While talking about the installation, as well as time and labour as the recurring themes in her oeuvre, the artist recalls the day job she had at a call center: oh, how unbearable the last hour was! Lippard alluded to ‘Reading for Fans’ performed at ‘The Performative Minute’ at KW in 2014 which, in a similar fashion, touched upon the issue of labour: an assistant (Paul Arambula), without a real task, running around to pick up the office paper that flies away as they were being disseminated by the fans, caught in a futile cycle, accompanied by words and sentences recorded live on a loopstation, adding to Lippard’s reading. 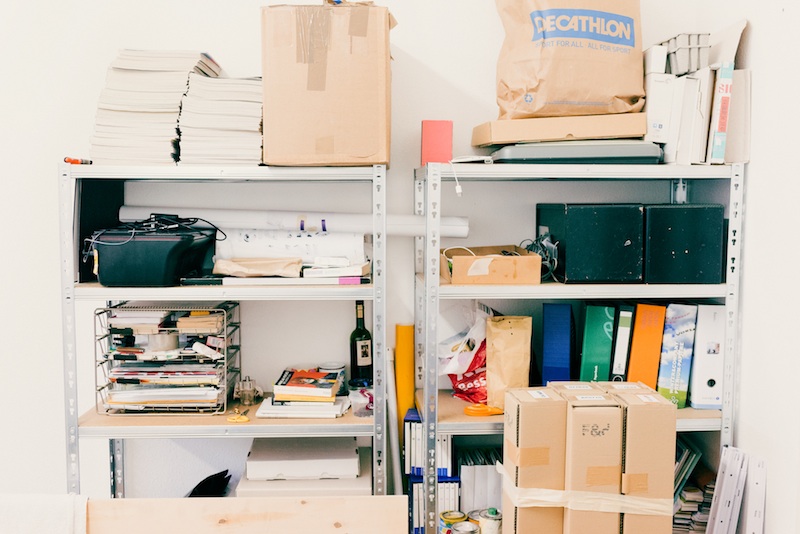 From time to time, Lippard takes breaks from working and wanders around the mall Galeries Lafayette and listens to the piano player in the commercial dead space of the passage next to it. Reminiscent of a flaneur, the writer browses without buying anything and observes the people, say, biting pastry rolls coated with chocolate sauce or a glittery bag shining under the shop’s spotlight. Slightly tongue-in-cheek, Lippard mentions how she enjoys the luxury around the area. After the visit, we end up having a sip of the cheapest wine on the menu of the gourmet section at Lafayette. 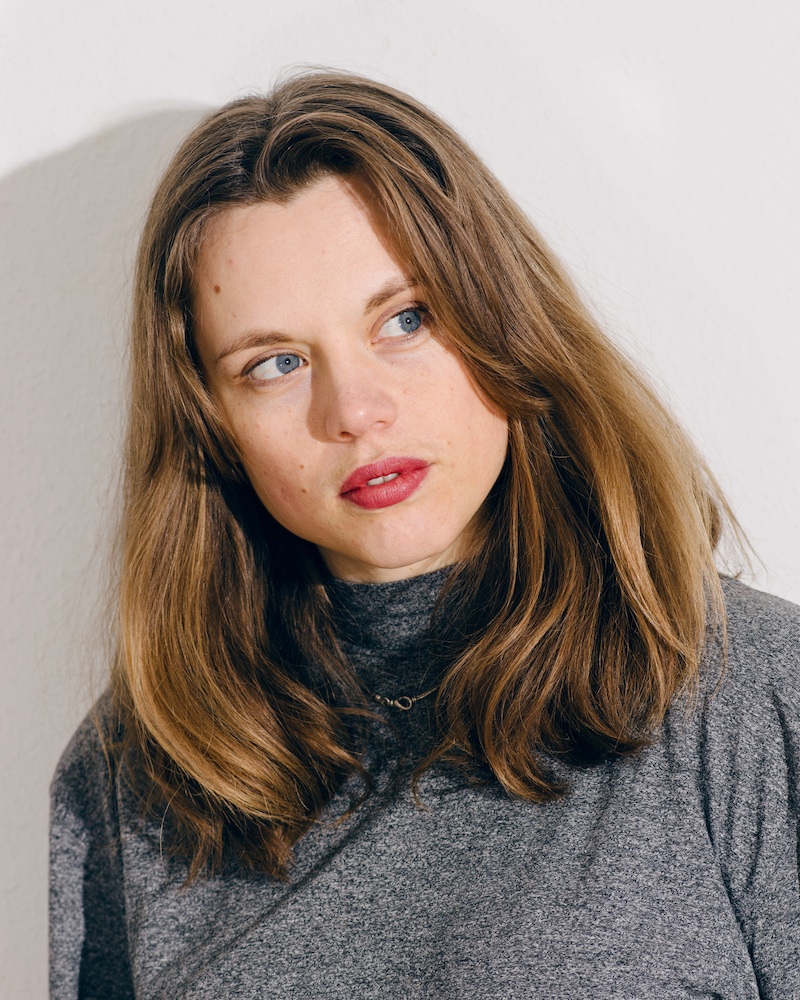 On the way home, I thought about the Little Mermaid, who voluntarily gave up her voice to be loved by a man. Throughout Western history, from Philomela to St. Christine of Tyre, the female voice has been silenced, or else the voice is a servant like Siri; the storytellers of Morrocco or aşıks of Anatolia have always been male. I thought about Lippard’s ability to have such an impact on us, even using few words and I realized, the artist’s voice holds all of these characters: the mermaid, the bitch, the witch, the servant, the storyteller; the advertiser, the post-modernist, the successful entrepreneur…