In celebration of their 30th anniversary, transmediale extended their three-day festival programme with a month-long series of excursions. Panels, discussions and exhibitions concentrating on the ‘elusive’ theme will take place across different locations in Berlin. The first of such events was ‘Imaginaries, Interventions and Ecologies’. Asking the questions ‘What are media?’ and ‘What is the relationship between speculation and design?, the excursion aimed to highlight movements in art and cultural histories that, more often that not, have been overshadowed by ‘Western-biased techno-colonialism’. 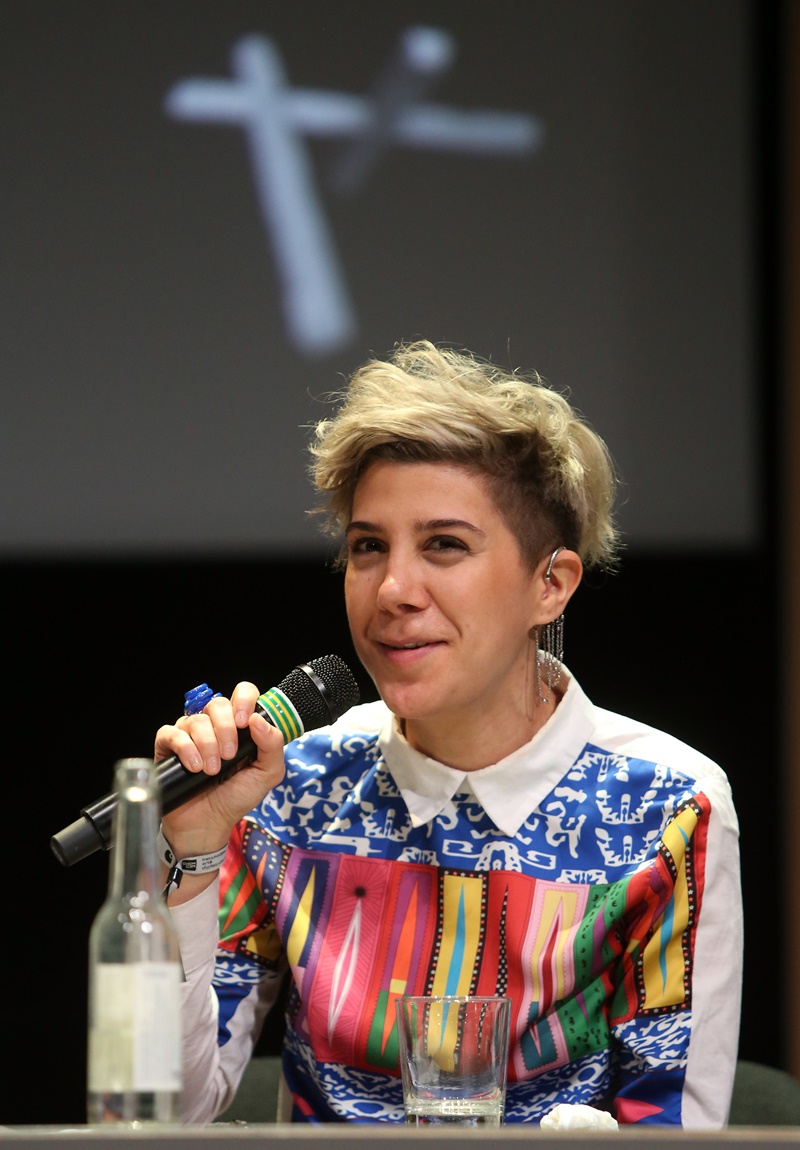 ‘Alternative Futurism: Middle Eastern Imaginaries’ was the first of two discussions presented during the day. Consisting of artists Bager Akbay, Moreshin Allahyari, curator Ebru Yetiskin and researchers Ayhan Aytes and Jussi Parikka, each member presented their work and research discussing different media-based aspects of the Middle Eastern Diaspora. Although broad, special attention was given to the political and cultural influence on Middle Eastern curatorial and critical practices.

Yetiskin, in particular, was concerned with the influence of political regimes and their social influence on human rights. As a sociologist and curator, her research vehemently defends the work of academics and civilians alike who, under the Turkish government, have lost their positions, passports and voice. She remarked that ‘stupid developments’ in physical infrastructure and rash responses to Syria were a poor attempt at making Turkey a political and geographical stronghold through the mimicry of Western superpowers, such as America.

Her collaborative work with Akbay reinforces her belief and research into the importance of human rights. Akbay, who is based in Instanbul, deals with media-based practices that combine art with artificial intelligence. ‘Dennis Yilmaz’ is the name of the machine Akbay programmed to write poetry for a political newspaper in Turkey. Through a series of algorithms, he managed to give the machine a name, a face and identity as though it were human. In doing so, he questioned whether or not the machine deserved rights as a citizen. Yetiskin, working as the editor, went onto curate a book signing of the poems Yilmaz produced.

In a similar vein, Allahyari’s focus looked further into the practices of decolonizing art through the interpretation and restoration of historical images. Her 3D sculptures represented lost images, artifacts and ideas that were whitewashed or destroyed by terrorist organisations. Restoring images of women, specifically, her craft becomes an inherently political act. 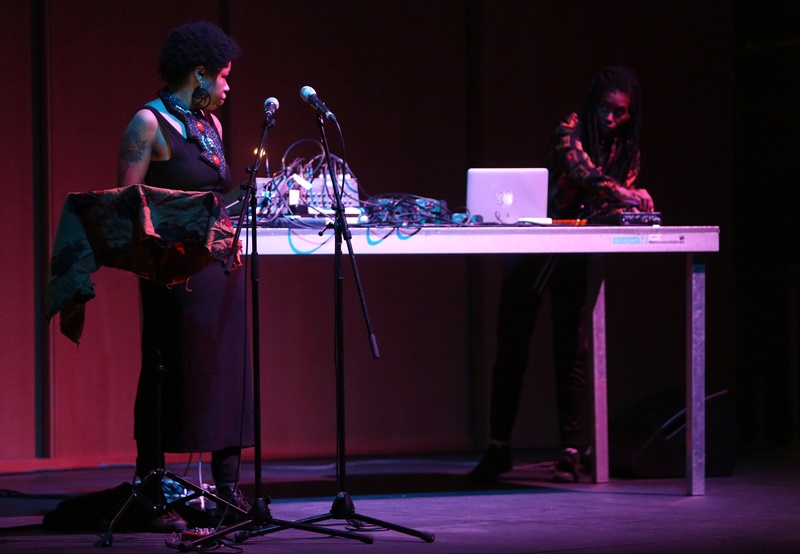 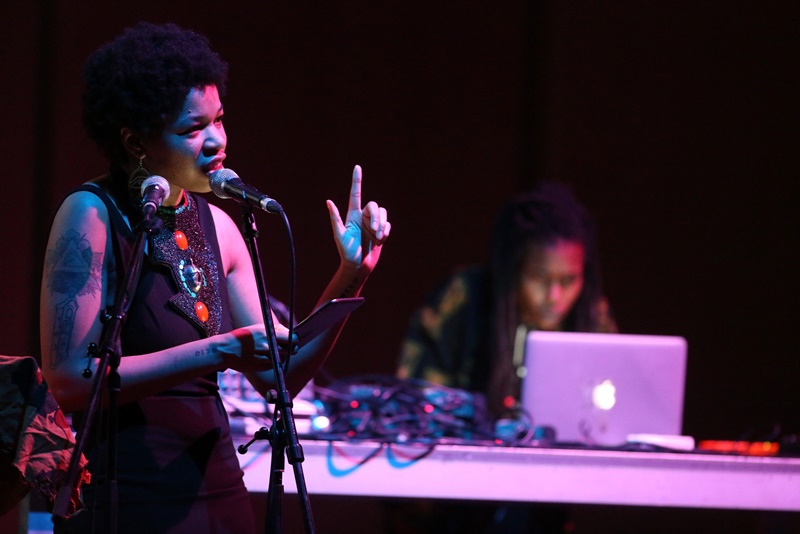 The motif of political acts within marginalized spaces was continued in a performance by Philadelphia based group, Black Quantum Futurism Collective. Comprised of DJ Camae Defstar also known as Moor Mother and lawyer/writer Rasheeda Phillips, the pair’s presentation drew inspiration from Afrofuturism, quantum physics and African traditions of the spatial-temporal complex. The unification of electronic soundscapes with a spoken dialogue oversaw the discussion of cultural and communal cycles of experience, in which Black/African traditions of consciousness are preserved through stories and memory.

Phillips and Defstar captured the sensory imagination of the audience, providing incredible visuals alongside a strongly written manifesto. Looking at the intersections of literature, music and feminism, their insights suggest the possibilities of alternate realities for marginalised groups. In particular, people of African descent who are often disregarded in futurist traditions.

Although their insights left little room for discussion or audience participation, one would argue that their work is designed to be digested as an informal lecture as opposed to a debated topic. As a result, their performance is a great asset to their research, as well as to the fields of philosophy, mathematics and physics. One would hope that their findings presented at transmediale will be shared, popularised and respected alongside other Eurocentric narratives within STEM fields.

As a whole, ‘Middle Eastern Imaginaries’ both quashed and presented challenges regarding the history of media practices in art. There appeared to be a general consensus of discontent regarding the influence of the West and, in opposition, participants presented fierce support for Iranian, Turkish and African-based artists. The excursion looked towards a greater future, in which academics, artists and others could look into diversifying future practices in science, technology, politics and art. 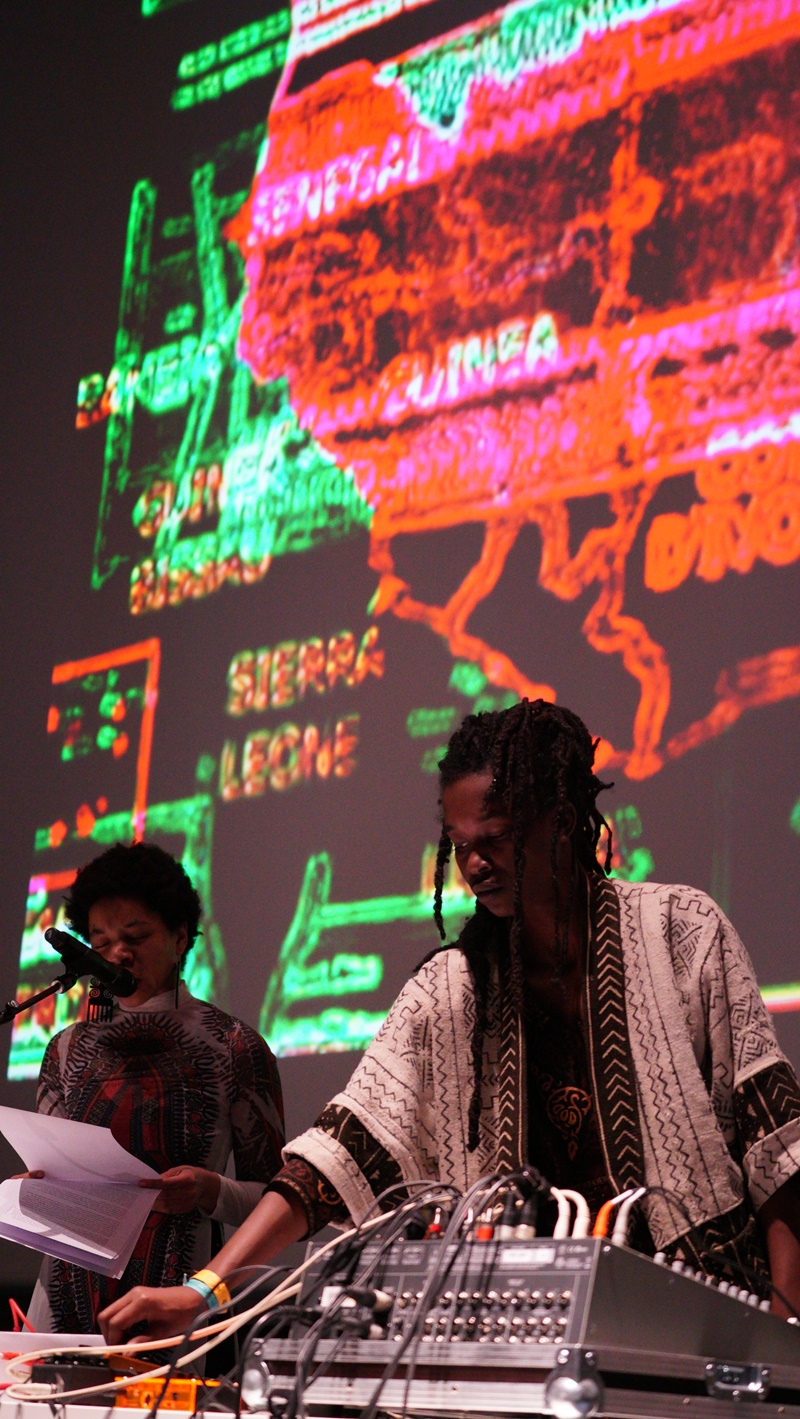