Three of the director’s most praised pieces were shown throughout the two-day film festival on February 27th and 28th. Möderndorfer, a graduate in theatre direction from the Academy for Theatre, Radio, Film and Television in Ljubljana, directs theatre plays, opera performances and television works. Since the beginning of his career, he has directed more than 100 performances and has published over 60 books. His work is known for following a politically extreme narrative structure, focussing on aspects of the social and emotional. The works, which were shown at the festival, were emotionally challenging and, at times, alarming parables of reality.

Vinko Möderndorfer on the set of ‘Inferno’.

The first evening commenced with a short speech made by the director, covering the general influences and aspects of his work. The speech was followed by questions from the audience as well as an exhibition of stills from the three films. The film ‘Inferno'(2014), which received four international and two national awards, was selected as the first example of the director’s work. It is considered to be his most shocking film to date, impressive yet terrifying. ‘Inferno’ is a radical depiction of neoliberal dehumanization and globalization. The film focuses on a particular story of a young working‑class Slovenian family who have been battling unemployment for quite some time. The state of extreme poverty in which they are living in, was unusually explicit for cinema. Their everyday toil and struggle for survival, their lack of control, their fight against injustice and the pure misery of their daily lives was genuinely traumatic to watch. Möderndorfer’s work attempts to address current Slovenian social and political issues and the unseen authority of capital world-wide. The protagonists of the film are trying to fight their way out of crushing poverty and the film successfully conveys the powerlessness that millions of people wake up to every morning. The film’s ending was met with stunned silence from the audience, many left visibly shaken and in agreement that it was an extremely difficult piece of cinema to watch. 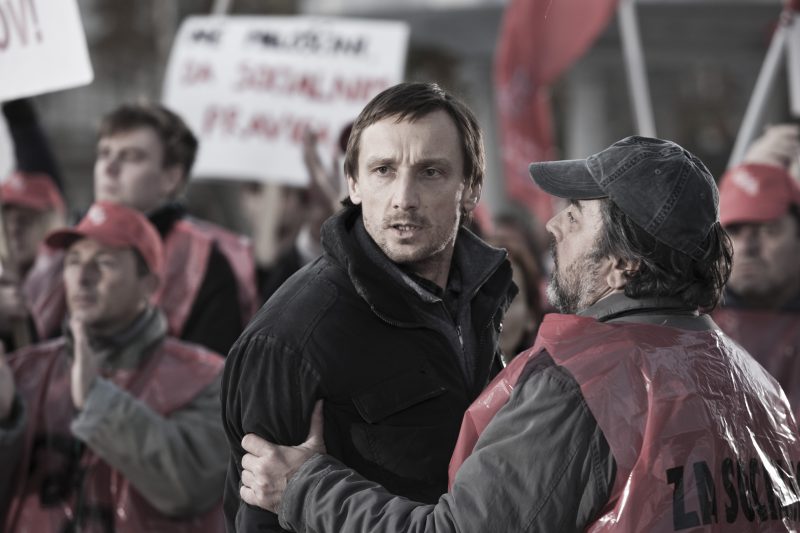 Still from ‘Inferno’ by Vinko Möderndorfer

The second and last evening of the festival presented ‘Suburbs’ (2004) and ‘Landscape No.2′ (2009), two films that intertwined Europe’s history and present. ‘Suburbs’ is a film about Marjan and his group of middle-aged friends, who spend the majority of their evenings at the suburban bowling alley. The film begins with a light tone, with scenes of the group pondering away their lives in humorous discussions. However, these dialogues reveal the traumas and hidden stories of their lives, which concern mostly squandered, lost, unachieved and unattainable desires. The harmless and often dopey patrons of the suburban bowling alley begin to show their bitter and spiteful sides when a young foreign couple move in, as Marjan’s neighbours. This biased discrimination displayed by the characters parallels the rise of fascism and the worshipping of national purity, subtly touching themes of ethnic cleansing and superiority. The film is an excellent example of deepening xenophobia and nationalism and tells the story of the dark suburbs of the human soul and mind. 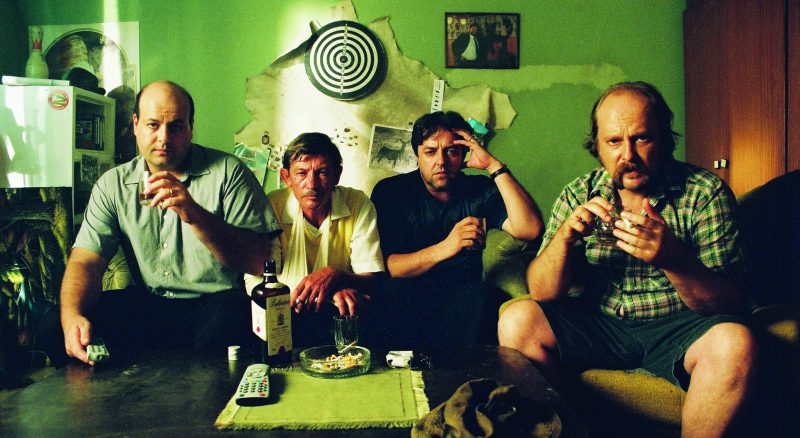 Still from ‘Suburbs’ by Vinko Möderndorfer

The festival was rounded off with the screening of ‘Landscape No.2’, the Slovenian candidate for the Academy Award for Best Foreign Language Film 2009. It tells the story of Sergej and Polde, two thieves who break into a house to steal a valuable painting. Sergej also takes with him a seemingly unimportant piece of paper, dating back to World War II, which disastrously turns out to be of utmost importance to the owner of the house. The document in fact reveals the whereabouts of a mass grave site of post-war executions of Nazi collaborators and reveals who signed the order of executions. This action sparks a spiral of grim events: the stolen painting and the document are recovered with numerous tragedies along the way. Möderndorfer’s work is a reflection of how violent acts of the past can erupt in the present, especially now that the histories of different European nations are being brought together in a common European history. Today’s united Europe still continues to be shocked by concealed mass grave sites, leaving it unable to put to bed the traumatic events of history. ‘Landscape No. 2’, attempts to show the unresolved past, personal or national problems, and how they leave their mark and will continue to resurface. 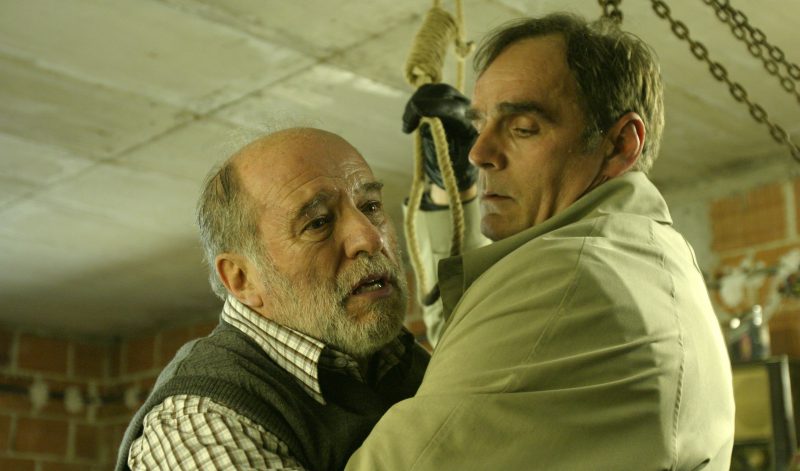 Still from ‘Landscape No.2’ by Vinko Möderndorfer

The three selected films for the two-day showing were honest depictions of current and past European traumas. They tackled injustices, social problems, poverty, political tensions and the rarely-mentioned damage to self-esteem that goes hand-in-hand with the failings of the state. The scenes were so uncomfortably true, showing the fragility of control and evoking powerful feelings of embarrassment, shame and helplessness. Many members of the audience were physically disturbed by the sight of human beings, albeit actors, in such states of physical and mental desperation. The films address many of the horrors of the modern world and are undoubtedly invaluable contributions to Slovenian cinema.