Falling outside of the mainstream, Berlin’s performance scene exudes a kind of freedom that opens it to a diverse amalgamation of performers. Among them, working at the borders of contemporary dance and experimental music, is the category-defying performance collective The Instrument. An ongoing collaboration between dancer Maya M. Carroll and musician Roy Carroll, The Instrument creates performances, with experimentation and improvisation at their core. Over the past decade the duo have produced over twenty pieces, often in collaboration with other artists from various disciplines. 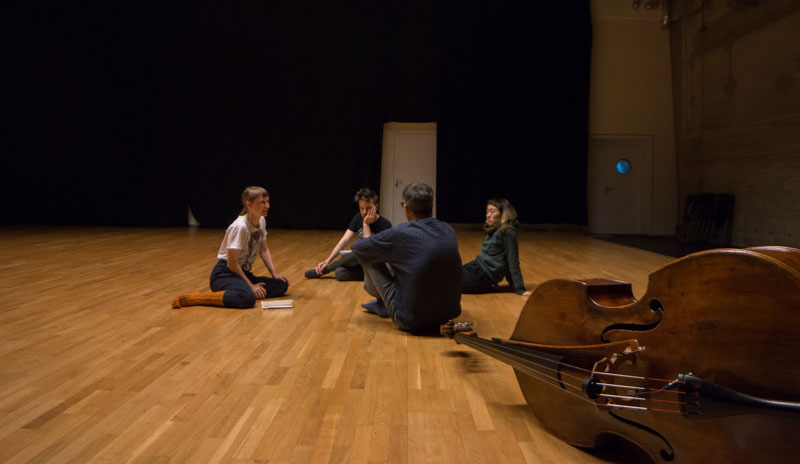 Berlin Art Link was invited to join a rehearsal of their most recent piece ‘AMAR’, held at Uferstudios in Wedding. Studio number five, where we met, resembled a black-box theatre in terms of lighting, but without the seating. The space was empty, save the chairs and tables lining the sides and the confusion of leads and objects placed in the centre of the room. Although the set-up of empty floorspace dotted with alien-looking instruments tends to be a normal one for The Instrument, we quickly learned that we had caught them in the middle of an unusual project. ‘AMAR’ was a whirl-wind collaboration with dancer Akemi Nagao and double-bassist Meinrad Kneer, pieced together in just three days of rehearsal. 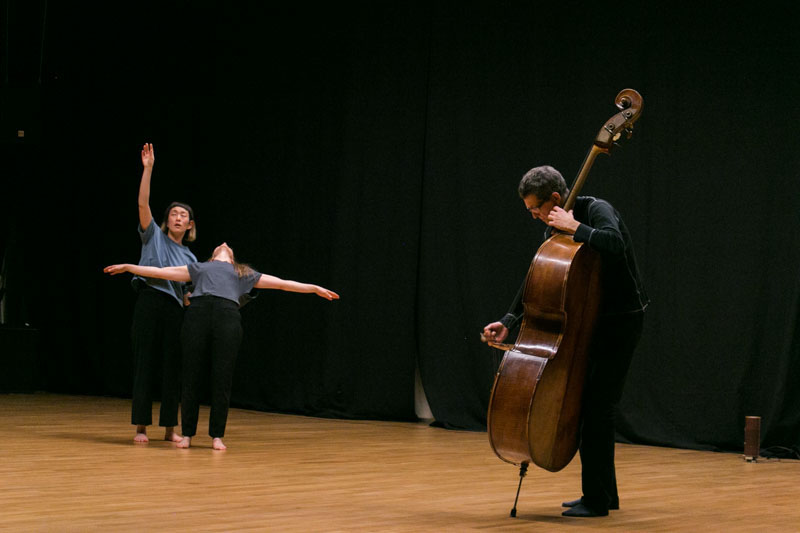 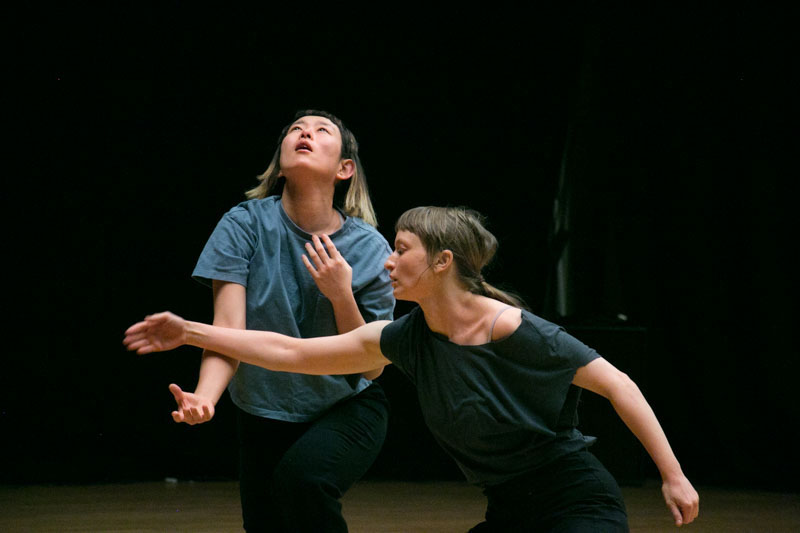 When asked about the project, Maya and Roy spoke about the limitations of a short time-scale. Working with improvisation often entails meeting people for the first time and performing with them on the spot, without any preparation or rehearsal beforehand. Although all four performers are advanced improvisers, the creation of ‘AMAR’ was unfamiliar territory as the improvised material was shaped and delineated by a set score. And, with only two days of rehearsal, the experimental phase of the creative process had to be shortened in order to arrive sooner at a presentable structure. However, despite the added pressure, both Maya and Roy were wholly positive about the project. Indicative of The Instrument’s inherently risk-driven approach to making performance, they emphasised their openness towards other creative approaches and their readiness to embrace new challenges. 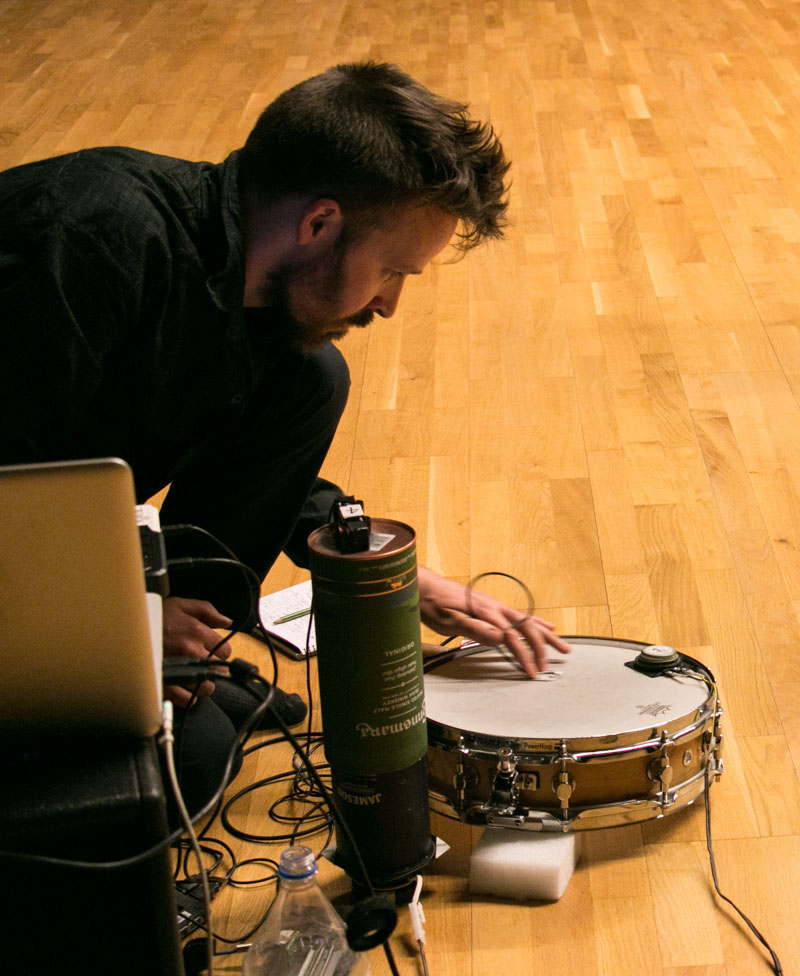 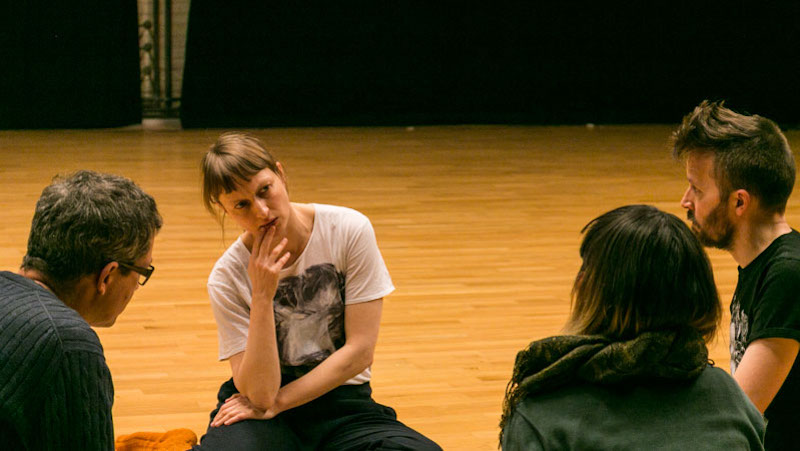 Turning our discussion to the origins of The Instrument, Maya and Roy took pleasure in recalling their first encounter. They met during the funding application for a collaboration piece proposed to the Irish government in 2006. The first click, Maya felt, came from her listening to Roy play. Hearing his volatile, disjointed and unpredictable sound scores, Maya asked herself how they could be translated into dance. As she began to interpret his music through movement, she realised she was not dancing in the same way as she was accustomed to, and a new world of possibilities emerged. 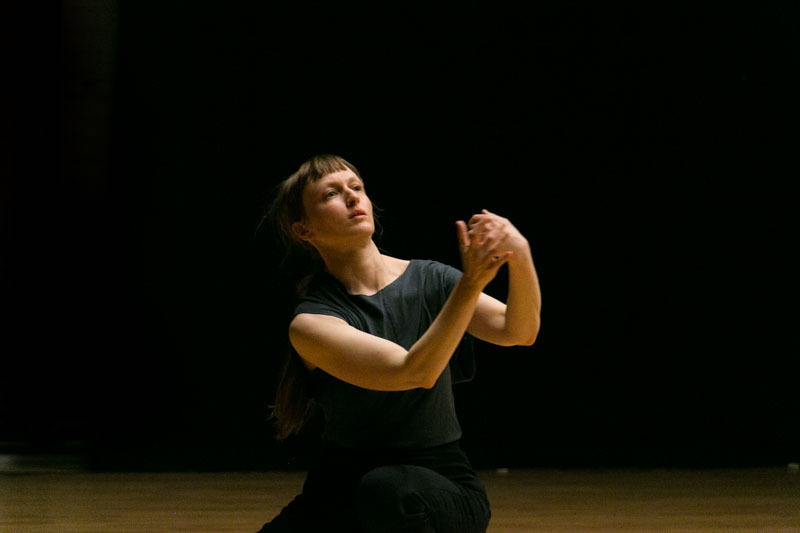 As a great meeting place for performers and artists, Berlin was fertile ground for The Instrument to be established. Although never funded by Berlin’s institutions or funding bodies, The Instrument has enjoyed a great sense of community in the free scene. Maya and Roy have been influenced and motivated by the network of artists working alongside them, finding inspiration in the direct engagement with their surroundings and an insatiable curiosity for people. Berlin audiences seem to be hungry for innovative work that breaks boundaries and challenges norms, and The Instrument has therefore been able share their work with many. The sense of support they found in Berlin is rare, and although they have toured several of their pieces extensively, they are happy to call Berlin their artistic home. 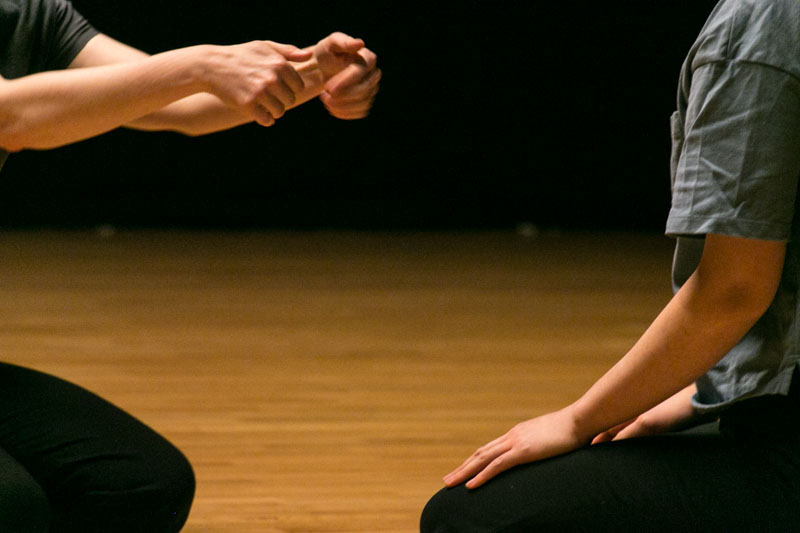 In line with Berlin’s propensity for experimentation, the performances created by The Instrument are a unique kind of hybrid between music and dance. The traditional roles adopted by musician and dancer are broken down as the performers follow their instincts with a heightened sense of awareness: as a musician, Roy pays attention to the movements he makes, much like a dancer would. His focus is thus not only on the sounds he generates but also on the performative presence of both his instruments and his body. Similarly, as Maya moves, she is tuned into the sounds she hears and the composition of the space around her. As performers, they are constantly in conversation with one another, acting independently but on an equal level of exchange. By allowing themselves to be influenced by the actions of their counterparts and the space they inhabit, they can synthesise their choices in a shared sense of flow. Maya explains: “It’s about grooving into the action”. With this, she emphasises an abstract understanding of movement and sound. Instead of reproducing preordained roles of dancer-and-musician, their performances play on instantaneous connections and relationships, on actions and consequences, and on finding ways of moving together. 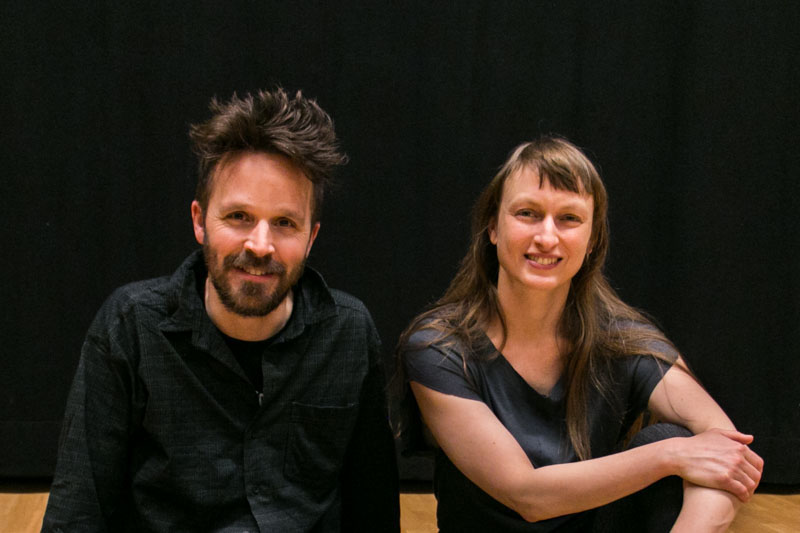 In light of their unconventional approach, the name they have chosen for themselves makes perfect sense. It is initially derived from Maya’s identification with a musical instrument: the body, with its wide capacity for movement from everyday functions to nuanced and trained abilities, can also be seen as a vessel for creative expression. However, the association with an instrument has a broader connotation in terms of the ideology behind their work. Their performances are metaphorical carriages of their collaborations, tools that are forever sharpened, tuned and harmonised in order to embody the intricate state of their creative relationship. In a gesture towards their approach of testing and expanding their range, The Instrument is in itself an ever-progressing device, fine-tuned to capturing the moment.

Beatrix Joyce is a performance artist, dance writer and filmmaker based in Berlin.