“1003 in Spain alone!” Don Giovanni’s rapacity is undimmed by 230 years of performances. The opera that wowed its contemporary audiences and still enjoys regular performances has come to the Komische Oper, in a revived production by Herbert Fritsch. 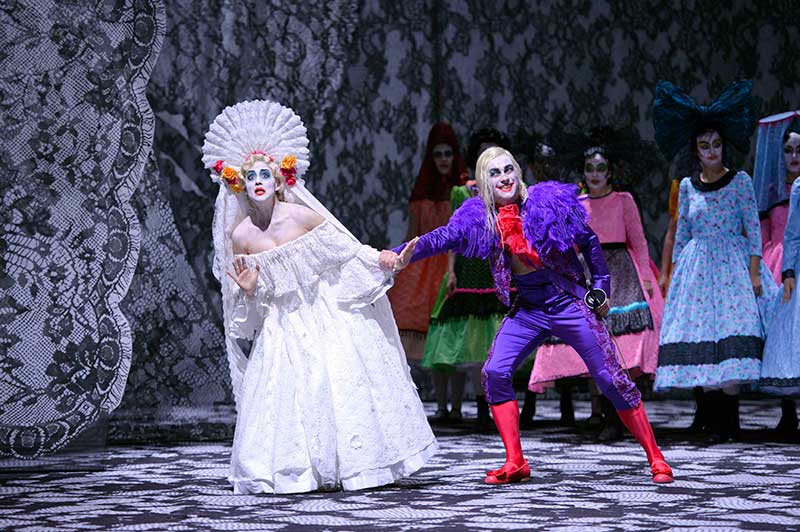 The minimal set of grey lace screens that sweep ominously across the stage, as though warning the protagonist that his superficial fun can’t last long, is contrasted with bright, fantastical costumes. Grimacing white faces are framed by Victoria Behr‘s structured, neon creations, which nod to period dress and vampy, Tim Burton-chic. The colours clash and fly across the stage as the busy production unfolds with commedia dell’arte-inspired theatricality and slapstick interludes. Some restrained fun is also had with the libretto—playful modernisations at times playfully correct the subtitled classic text. 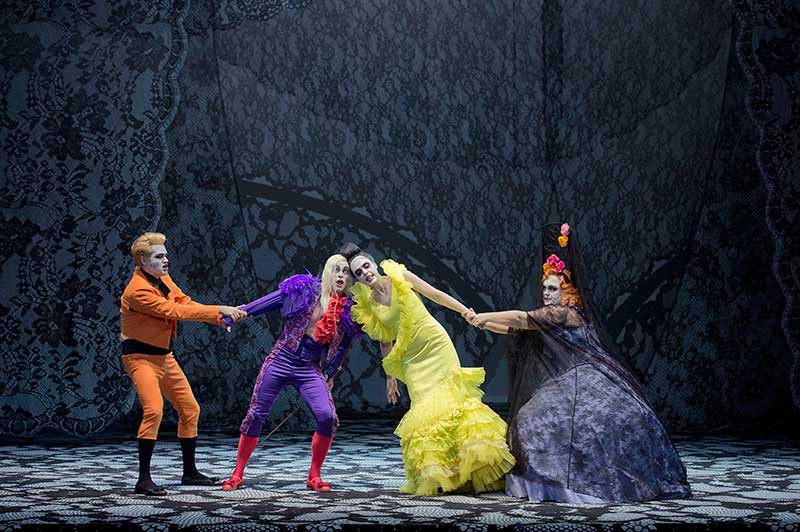 Fritsch balances these moments of lightness against the inevitable darkness of the play. After all, Act I begins with the attempted rape of Donna Anna and murder of her father, Don Pedro. This is no murder mystery; the audience knows that Don Giovanni is the guilty man and Fritsch allows this gravity to taint the most comedic of moments. Donna Anna’s quest for revenge is both moving and monstrous, thankfully complicating the opera’s division of male seducer and female victims.

The lavish Komische Oper is a fitting backdrop for this theatrical production. Fifty years ago it underwent major reconstruction to become what it is today. Its reopening was celebrated with—what else—a production of Don Giovanni.