HORSEANDPONY ended their ‘Other Oracles’ exhibition with a finissage that probed into the realm of magic, sex and tarot. Over the course of four weeks, artists presented a series of works based on the overlap between technology and the world of magic. Curated by Clarissa Tempestini and Rachel Walker, the exhibition’s participating artists took on the role of an oracle, whereby their interpretations, messages and beliefs about magic, the constellations and spirits could be revealed. The evening consisted of discussions and a last look at the plethora of installations decorating the space. With interesting readings and performances, ‘Other Oracles’ asked viewers to seek the magic within themselves and the environment around them. 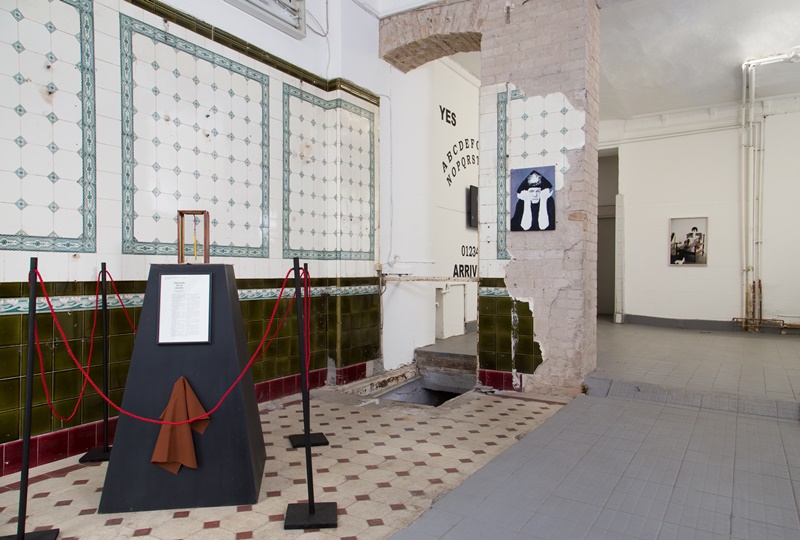 Standout installations from the exhibition included Anna Szaflarski‘s ‘The Escape Artist’, made in honour of the great escape artist Harry Houdini. ‘The Escape Artist’—which was accompanied by a series of readings—paid homage to what was arguably the artist’s last and greatest trick. With instruction to destroy all his tools and manuals, Houdini’s brother, Hardeen, sold all his props to an avid collector, including the ‘Water Torture Cell’. The items were then inducted into the The Houdini Magical Hall of Fame in Niagara Falls, Ontario. However, in 1995, these items were unfortunately destroyed in a fire, except for the torture cell. Szaflarski’s glass box contained a tied, hovering pencil to remind us of magic that lies beyond the grave. 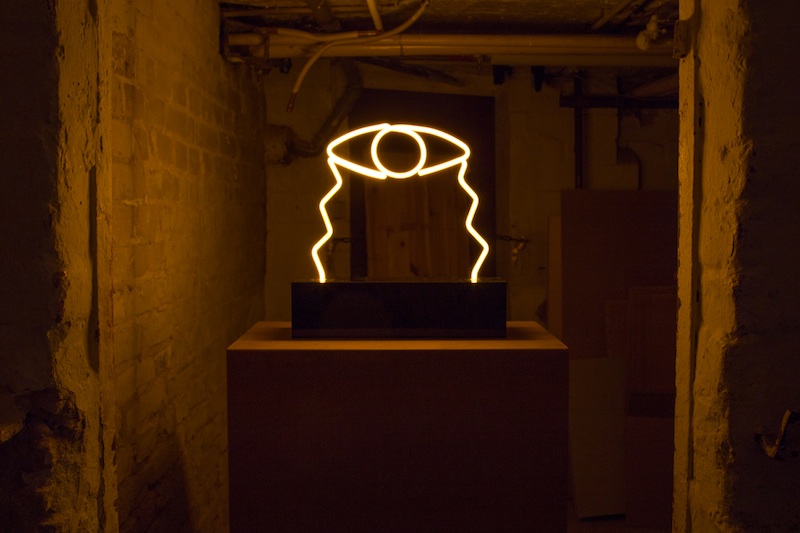 Readings by writers and artists Casper Heinemann and Elijah Burgher were fantastic additions to the evening. Heinemann’s stream of consciousness poems probed into the psyche of anxiety, gender identity politics and the influence of astrology on one’s understanding of personality. Their work was also paralleled with an installation reminiscent of a spell-casting, using fabric, food and underground spaces.

Burgher’s reading was taken from his recent publication ‘Sperm Cult’, made in partnership with Richard Hawkins. The Chicago-born painter read articles and passages centred on the occult and literary depictions of human sexuality as an evolutionary process; primarily through the examination of sub-cultures. Rounded off with a communal tarot reading, ‘Other Oracles’ ended on a promising note, leaving behind a small chatter of what it meant to be magical as well as harnessing the darker, quieter aspects of human existence.