On March 11th, Neukolln’s Agora Rollberg opened its doors to screen British filmmaker Cecile Emeke‘s feature film ‘Strolling’, as part of Berlin Feminist Film Week. First making its appearance on YouTube, the series—including its European counterparts, ‘Flâner’, ‘Wandelen’ and ‘Passeggiando’—was born out of the concern for the global marginalisation of black voices, ideas and experiences. After the success of her BBC-commissioned sitcom ‘Ackee and Saltfish’ and directorial credits for Issa Rae‘s ‘Insecure’, the young artist presented a series of documentary shorts following people of the black diaspora in the United Kingdom, France, the Netherlands, Italy and many other countries. 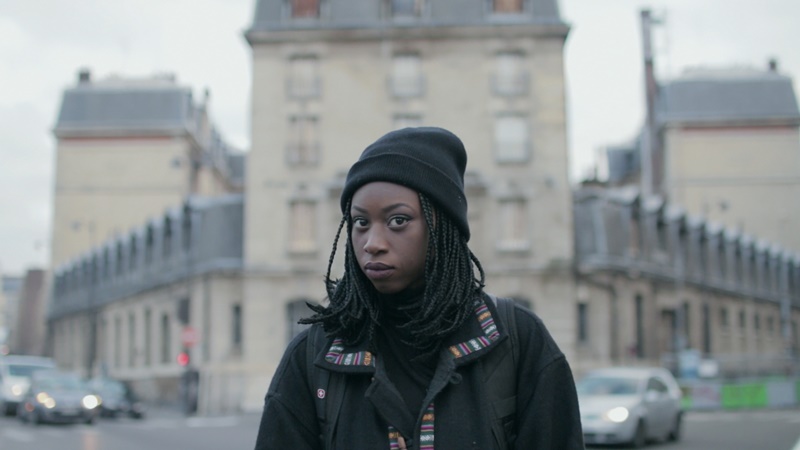 Through anecdotes and recounted snippets of history, the film catalogued responses to unheard questions asked by Emeke. Although originally shared as individual documentaries, the compilation of shorts were divided into several chapters; exploring language, geo-politics, migration, self-imposed identities and micro-aggressions. In intimate, hand-held camera shots, the responses came directly from the experiences of living as a racialised person in white-dominated spaces. For fans of the series, the screening treated viewers to unseen footage making its debut as apart of this particular screening.

Discussions often centered around personal accounts of employment, public verbal aggression, citizenship and local communities. Moving away from the personal, many participants spoke of the global influence of colonization, slave trades and how contemporary, economically stable nations have benefited from these dark histories. As the camera followed these subjects, viewers of the film were compelled to feel as though they were apart of the conversation, but primarily as a listener. The balance between experience and undocumented histories was greatly welcomed, against dominant narratives that often overshadow these histories in other popularized platforms.

Comments and remarks from the film were unfiltered and daringly honest, leaving no room for doubt as to whether or not these experiences left deep scars. What was most alluring about this screening was the personal response to a collective problem. In the Q&A panel after the screening, chaired by Contemporary And‘s Aïcha Diallo, Emeke talked about her back-seat role in the filming process, allowing people to talk candidly without over-directing them. On the panel, she and Berlin-based artist and community organiser Jessica Lauren Taylor spoke of their duties and responsibilities as artists of colour and the importance of having peers with whom you can share and promote your creative endeavours. In all, the film was a celebration of intersecting black histories and validating the co-existence of them all.

This celebration was not done in opposition to non-black or non people of colour. On the contrary, ‘Strolling’ speaks of the importance in diversifying popular narratives for the personal and social benefit of all. Questions from the audience spoke on the range of voices that were shown and how each one brought a new insight into the systemic practice of racism. Although not directly feminist, the film’s screening was organised and centred on the efforts of black women and black people, which in itself is a a testament to the power of independent filmmaking and localized platforms such as BFFW.