An early scene in the film The Man Who Fell To Earth (1976, hereafter TMWFTE), starring David Bowie, shows a college professor and his student taking a camera to bed, heightening the thrill of their tryst by snapping selfies. She wants to see the photos straight away—so far, so Generation Y—but when we see the professor handling each polaroid carefully, astonished at its instant materiality, we become aware of the work 40 years has done. 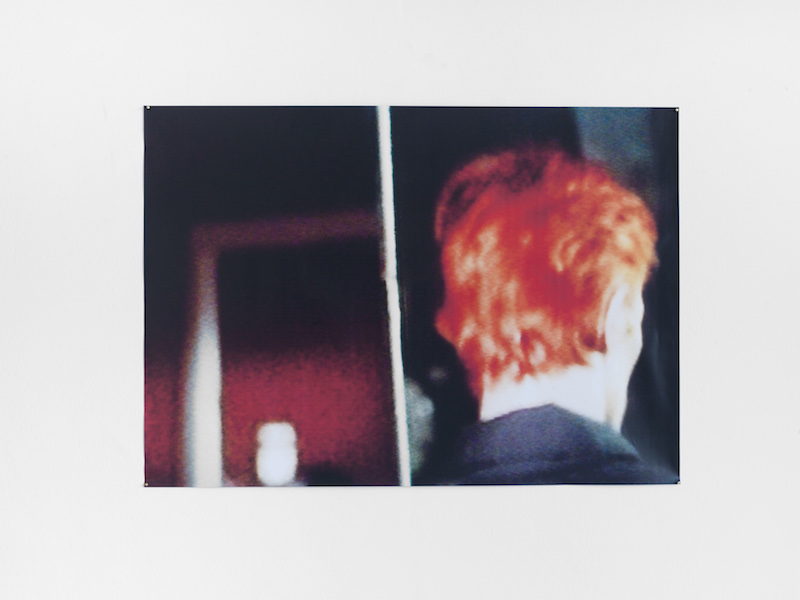 It is the glut of images provided by the internet, and the obsession-distraction duality that characterises our response to them, that interests British artist and filmmaker Christopher Petit. When curator Louisa Elderton invited Petit to produce the exhibition, he replied: “Why add to the vast electromagnetic slums of images?” (Do all artists ask themselves that?)

On very first glance, Petit’s ensemble at Decad may seem like just that: an adjunct to the audio-visual confusion of our times. There is a speaker, suspended precariously from the ceiling, whose glitchy audio bleeds into that of a TMWFTE clip, projected on the far wall. The exhibition’s key image is the back of Bowie’s head (astonishingly recognisable) in a grainy photograph taken of a mirror reflection in the film. It testifies to a multiplicity of screens, to the infinite reproducibility of an image and to the necessarily arbitrary choice of one out of the countless frames. 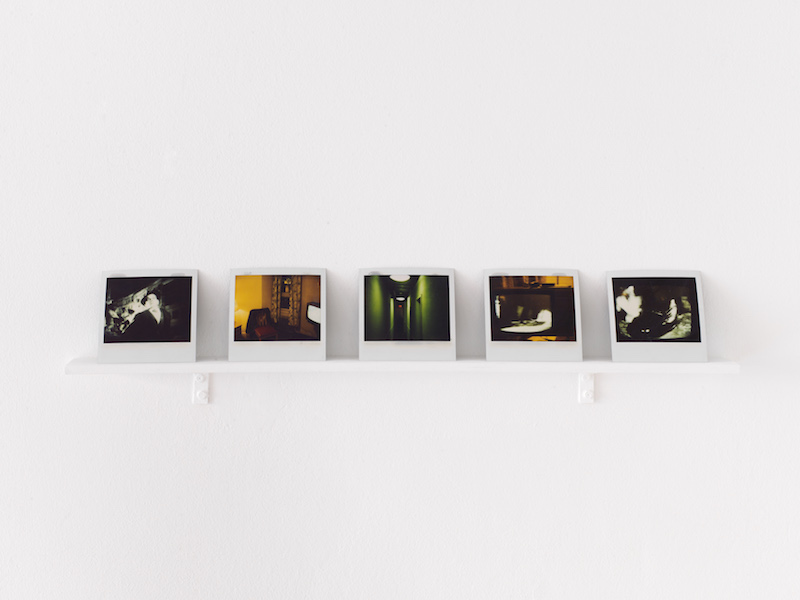 But, on closer inspection, Petit’s exhibition is not a nihilistic foray into a saturated media landscape. When compared to art world contemporaries with similar preoccupations, he seems even hopeful. Omer Fast, in the recent aptly-named ‘Talking is Not Always the Solution’, used audio-visual collaging to warn us against trusting the words and images our culture spews. And, only last night, I saw Paul Elliman’s subjectivist efforts to build his own new, more material language of objects and gestures in ‘As you said’ at KW. Petit, on the other hand, is neither totally giving up on contemporary media, nor looking to replace it. The modern-day excess of audio-visual stimulus seems to fascinate and repel him in equal measure, and his exhibition serves us a tranche of its detritus without giving in to cynicism about the possibility of finding meaning there. He certainly isn’t nostalgic for a time when people treated images more singularly, more reverently, like the ’70s professor in TMWFTE. “There’s no point in mourning the past,” he says (and I imagine him grinning at the later scene when Bowie, as an alien, stares presciently into a multitude of television screens). “Life is a series of rewinds and fast-forwards, and sometimes you see things in a way which you may not have noticed before.”

The exhibition, though small and relatively sparse, is a testament to this idea. Instead of getting lost in a saturated landscape, we are guided by Petit’s eye (and ear), to explore a detail we would have overlooked. In a poem that accompanies the large print of Bowie’s gorgeous red hair, Petit writes:

On the far wall, the same scene from TMWFTE plays in two variations with different cuts: the first concentrating on just-landed Bowie’s trippy eyescan of a junk shop, trying to make sense of the crammed signifiers. The second focuses on the shopkeeper’s attempts to assimilate Bowie into her familiar world. Both are trying to see each other, and to extract meaning from that sight. 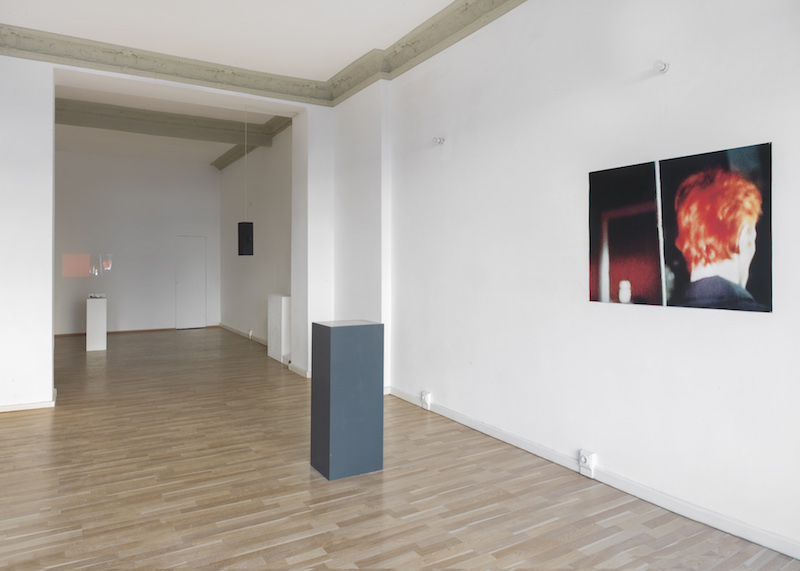 The fact that the clip has been pulled from YouTube emphasises the democratic nature of Petit’s methods: he is working with a palette that is accessible to all of us, applying curiosity as a sorting tool. With this in mind, the images and sounds in Decad seem no longer arbitrary, but infused with interest and work; even the polaroids of films playing on television speak of an active choice. Petit ends the poem, “it’s the/ image I want to show to you”, and has us asking what is the image we would show? Speaking to Elephant magazine, Petit said: “I suppose what I am searching for is moments of pause in the rush forward that might make you stop and think for a bit before moving on.” Perhaps that is what is missing—the gaps of curiosities not yet followed, the pauses not yet taken seriously—and maybe that is where the love is.