Mike Bourscheid will be representing Luxembourg at the 57th Venice Biennale with his body of work titled ‘Thank you so much for the flowers’. Bourscheid’s practice includes the use of performance and sculpture to intertwine and connect the stereotypes of what are perceived to be masculine and feminine labour. 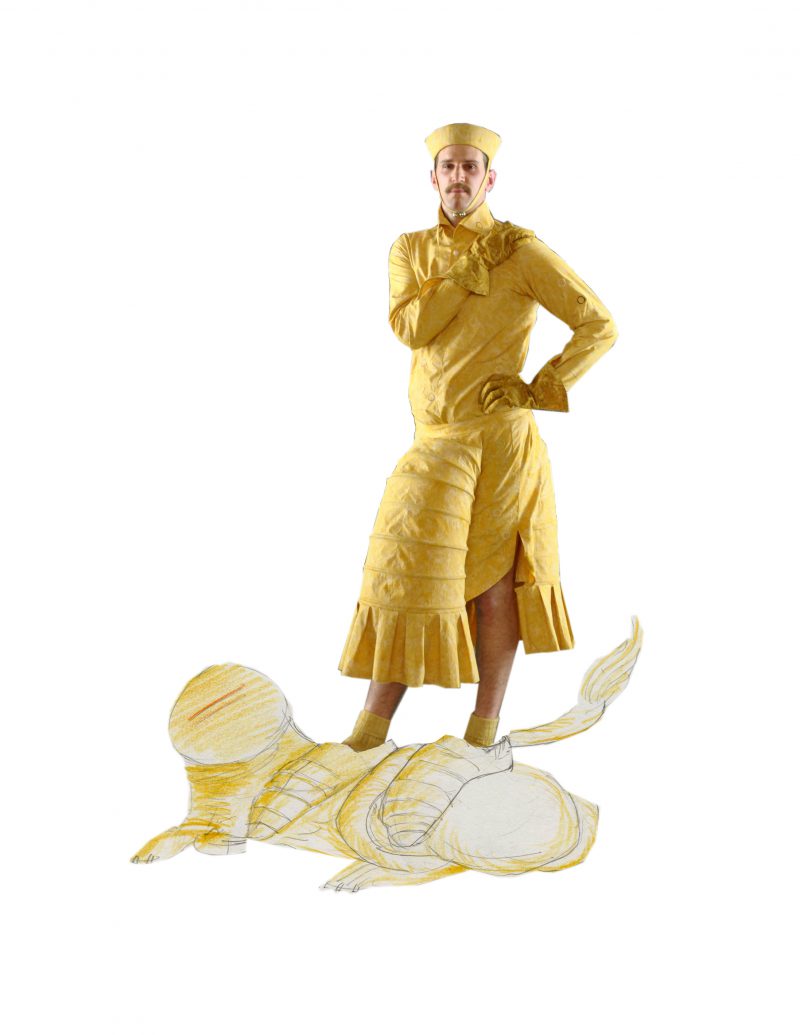 Bourscheid was raised in southern Luxembourg by a seamstress mother and a welder father. This upbringing has been crucial in piquing Bourscheid’s curiosity concerning how fashion and sexual identity are connected and understood. In the environment created by the artist for his exhibition at the Biennale, the culturally-esteemed activity of creating art becomes tangled up with domestic, laborious, and educational rituals. His method of playing with assumed didactic and bodily behaviours is expressed through a series of elaborate aprons made from leather, steel, hair, eggs, ribbon, and musical recorders.

Design provides a crucial energy to his work, which seeks to establish links between fashion and sexual identity. Gender stereotypes are taken on through the creation of his costumes: he focuses on the essence of masculinity, designing each costume for his own body. Gender appears fluid, something that can be easily switched as each costume appears to represent the different aspects of his artistic voice. Different types of craftsmanship tend to be associated with specific genders, but his work aims to break down these restricting barriers. The costumes he has created for the Biennale will be hung as sculptures throughout the show’s duration. Although built to be displayed, Bourscheid will be engaging in various performances with and in the costumes. 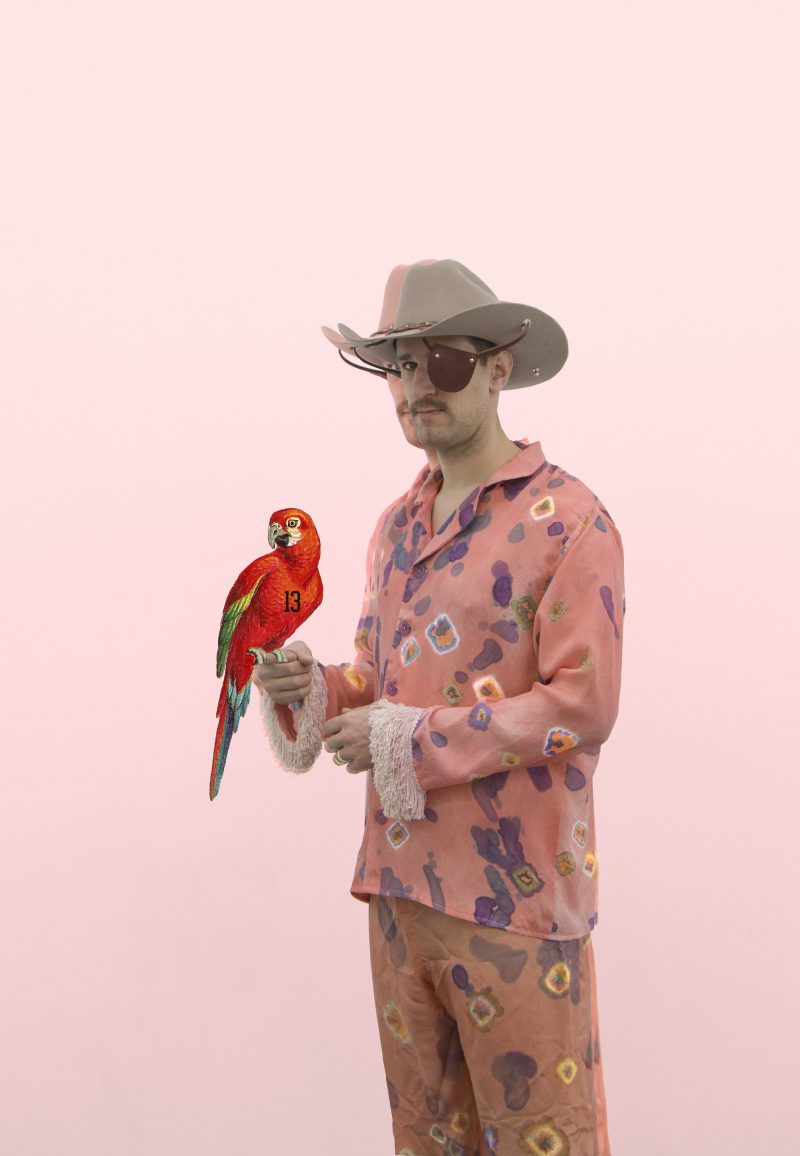 Language is also central to his work. With every language comes a difference in how the individual acts, expresses, thinks and communicates. The artist believes that in a contemporary globalized society, our roots often become lost and we create different characters of ourselves. Bourscheid, as an artist, constantly observes himself, his works are his reflection on the multiple identities within himself. Meeting different people and learning about different cultures has indirectly informed his different costume designs.

Bourscheid’s costumes, modified domestic objects, music and performances give the viewer an insight into an enigmatic and veiled world of the artist’s personal account of gender, identity, cultural inheritance and history. The work aims to form a relationship and understanding of art’s role in our daily lives and our daily work. His work embraces absurdity in a sensitive and caring way and expresses the power of ritual alongside the use of objects. His entire pavilion environment is a self-portrait openly presenting the multiple elements that make up his character.