Montag Modus will be presenting ‘On the Verge of Predictability’ as #13 in their performance series at the Collegium Hungaricum Berlin (CHB) on Monday, April 10th. The Spring edition will showcase three separate performances inspired by the concept of rearrangement and uncertainty and the performing artists will play around with ideas of order and structure. 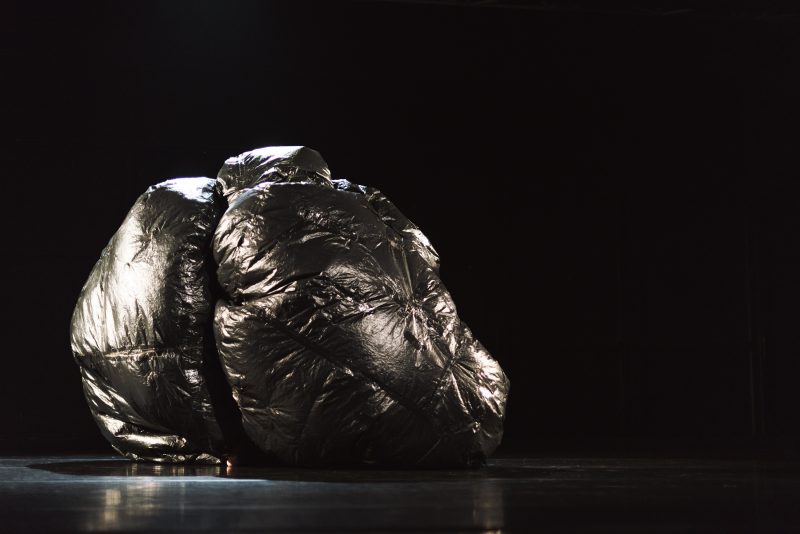 Irina Demina and Joshua Rutter will come together as two multi-media performers to present ‘Banshee Ragout’, a medieval-inspired performance. The duo’s work is based on Dance Macabre, a medieval allegorical aspect of the all-consuming power of death. This dance with death, throughout medieval times, was used as a means to declare and convey the inescapable event of death. ‘Banshee Ragout’ was premiered for the first time in February 2017 at Hamburger Sprechwerk and, for Montag Modus, the collective will be presenting a shortened, minimal version. It is an attempt to take on this paradox of the living expressing themselves through the emotive and celebratory act of dance itself. ‘Banshee Ragout’ is a reflective performance of life itself, highlighting the irony that we are all carrying death within ourselves.

The Hungarian artist Gábor Lázár will present his techno aesthetic contribution ‘Hyperloop’. Lázár’s work aims to take on temporal coordination, deconstructing the viewer’s spatial, cognitive and overall sensory awareness. All of his sounds are generated and modulated as an application of real-time computing. No sample tracks are used during his performance and all sounds are created as the show occurs. The computer serves as his principal instrument and the software used on stage has been created by the artist himself.

György Árvai and Tamás Kopasz will present their electro-acoustic music in continuous dialogue with the sound-based generative graphics of Zsolt Korai. This joint project is titled ‘Catastrophe-Panorama’ and will be a multimedia performance that intertwines this current work with previous collective work. The language of entropy and fragmentation is used to explore theories of human and inhuman border situations in the face of social or natural catastrophes. The performance also consists of sculptures by Edit Szűcs, whose work complements the effects taking place on stage and the texts read by Mátyás Dunajcsik, which range between his own contemporary work to pieces of old Icelandic poetry.

These eclectic combinations add yet another layer to the vibrating mix of different media presented by Montag Modus and their bimonthly creations of performance-based art. The performance series has been running since May 2015, and has so far presented 12 editions involving over 70 international artists.