The VR Arles Festival 2017 is a virtual reality-oriented festival in Arles, France that aims to promote and highlight creative, unique and inspiring films that alter the boundaries of cinema, storytelling, documentaries and artistic creation in VR. The festival is a unique VR event within the larger structure of Les Rencontres d’Arles, the festival for photographic and contemporary creative talents. VR Arles are currently looking for submissions for the 2017 edition of the festival, which will be running from the July 3rd until the September 15th.

Applicants are able to apply for VR films in three different categories: Documentary, Fiction and Artistic Creation. Each moviemaker can submit several films to compete in the different categories. The selected movies will be in competition during the opening week of the festival. A jury comprised of talents from cinema, photography and virtual reality industries will gather to award the best movie. The winning film will receive a prize of €10,000. The whole selection will be available for public viewing until the end of Les Rencontres d’Arles. 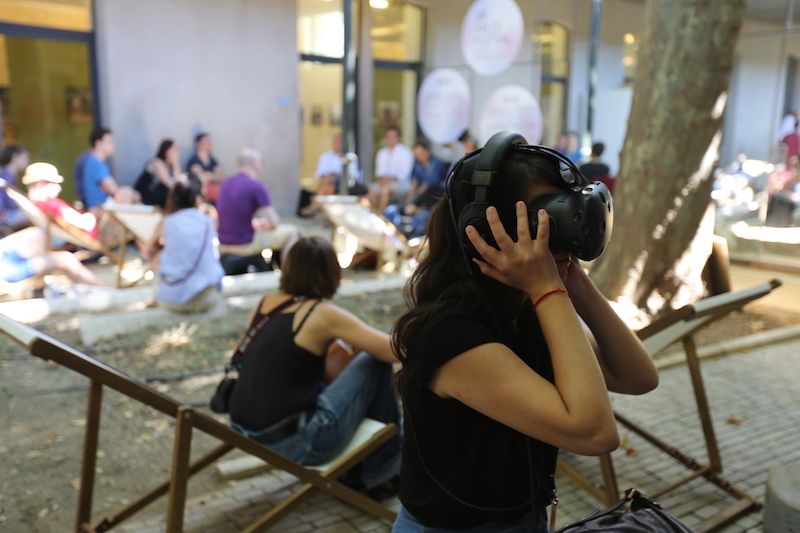 To reinforce its festival status, the schedule will be amplified by introducing a conference program and meetings with VR professionals. The festival will be presenting 20 movies, several premieres, 3 inside rooms and 3 outside spaces, 1 conference schedule during the opening week and 1 internship dedicated to new writing conditions for movies in virtual reality.

Submission form: vrarlesfestival.com
Any sent files must be named with the movie’s title.
Deadline: May 17, 2017